A Christmas little ceremony in Japan, gathering friends of the Hanshin hanabue association, on the Oyaji channel. It's a funny gift exchange party during which the participants play the Ode to Joy.

Generally, eggs pop out in your garden at Easter. But it's for Christmas that our friend Harm Linsen from the Hetherlands, sent us a beautiful red egg. 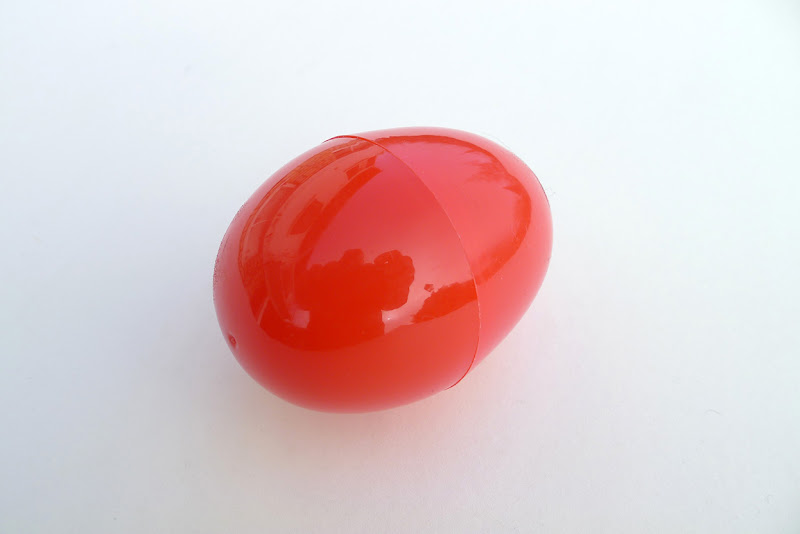 And in the egg, there was a nose whistle made by Harm and etched with my name! 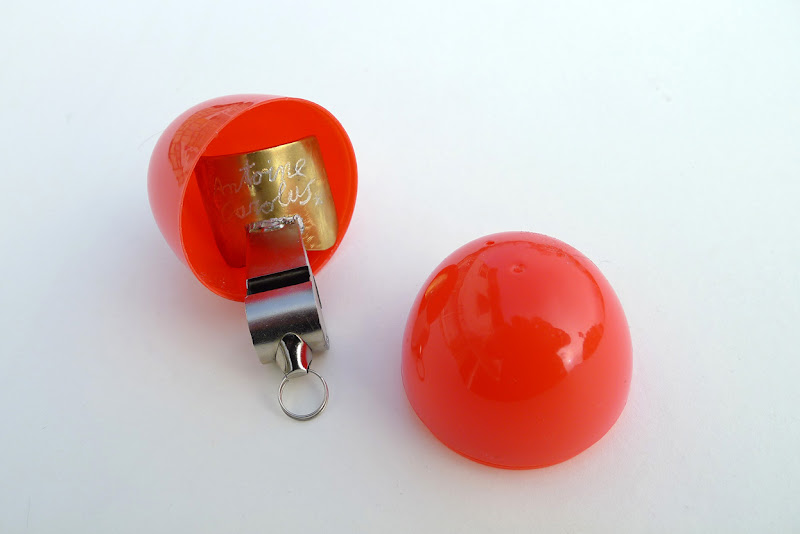 Harm sent also a file with pictures of the making:

So, Mr. Linsen used simple referee metal whistle and transformed them by inserting their nose is a brass plate, in order to build a nose saddle, and cutting a part of the belly, to create a labium. 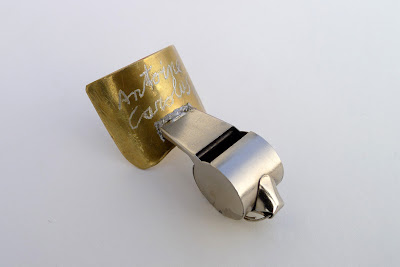 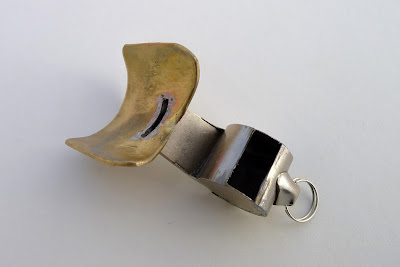 The 2-colors result is funny and very comfortable. The nose saddle is well dimensioned and Harm filed a little scoop for the "western nose cartilage": well done! 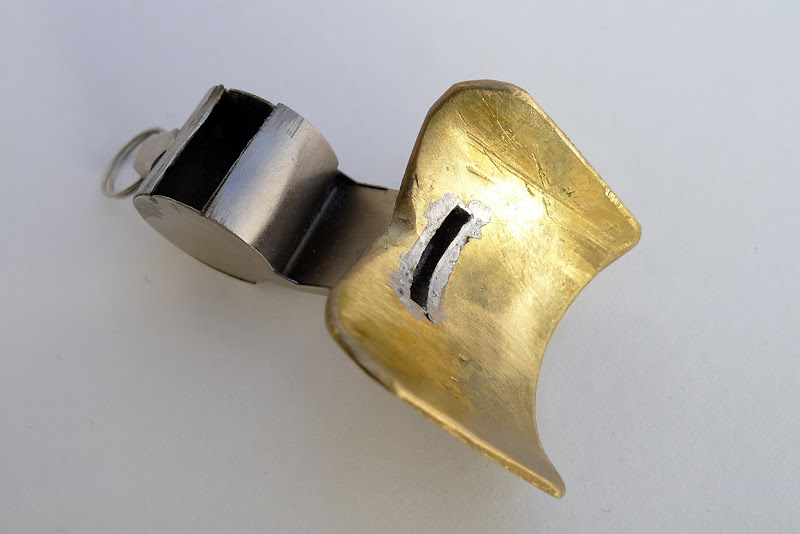 Then Harm Linsen etched my name on the nose shield, and filled the letters with a silver coloured marker: 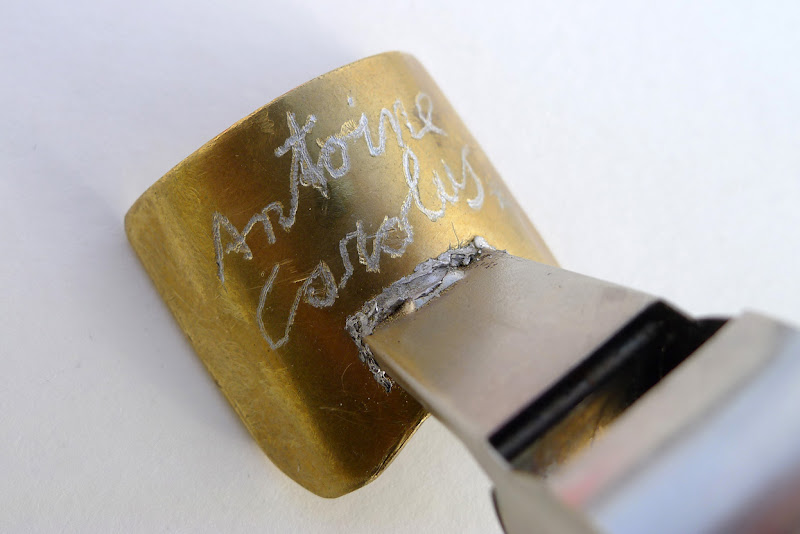 The labium cut in the whistle belly is rather large: 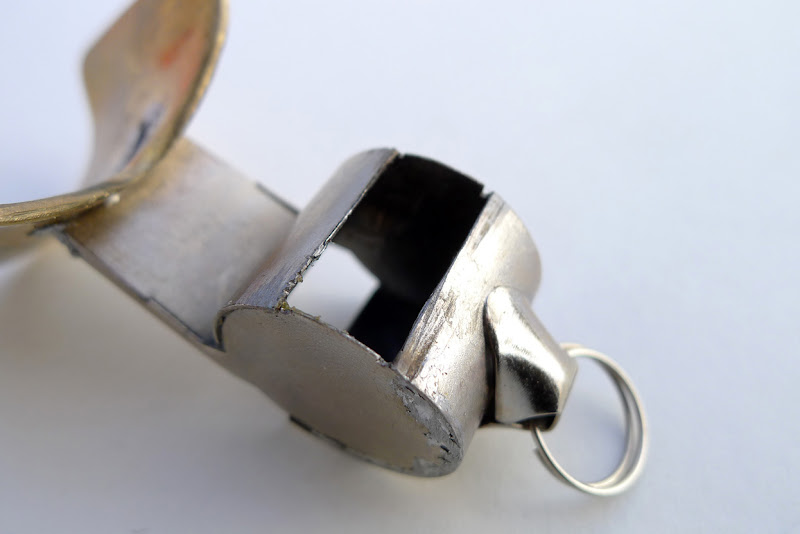 The result is a very comfortable nose whistle, medium-bass oriented, easy to play and with a loud sound. A success! Thank you Harm!

Here is a sound sample: 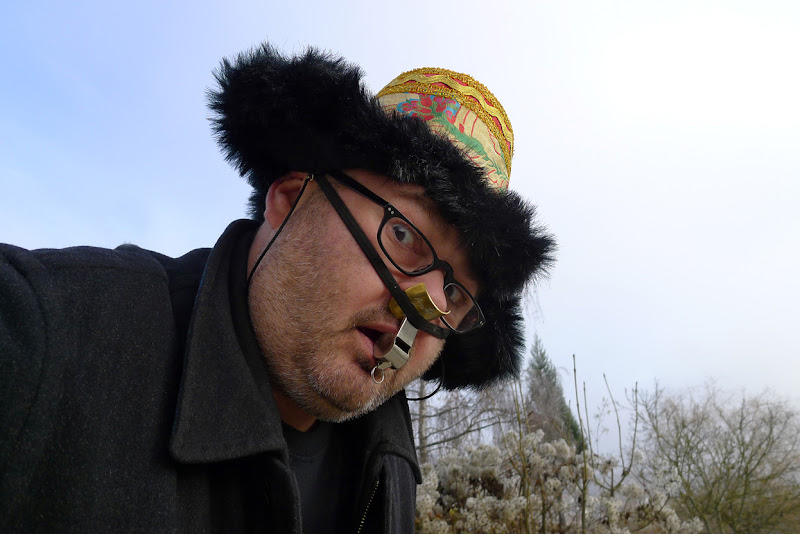 Two recent pictures of Mr. Kato Hideo playing the musical saw and a clay Bocarina™ together. We would have liked to attend this event!


This notice about Charles M. Berry will be short. Indeed, there were so many homonyms that it is very difficult to distinguish what archive is appropriate or not to the right person. I prefered to expose only those I can ascertain as being proper to "our" Charles Berry.

Charles M. Berry was born in Indiana Feb. 15, 1864. What he did during his 50 first years is a mystery, but it seems that Charles became an engineer and an inventor specialized in airplane parts.
In 1915, Berry filed a patent for a propeller (US 1,228,874, fil. Jul. 31, 1915 and reg. Jun. 5, 1917) that is supposed not to be affectable by climate changes (contrarywise to wooden ones). The Berry propeller is made of metal sheet shaped in a manual mould, then coated with carbon.

At this time, Charles Berry was living in New York, NY. I was able to track him 15 years later, already in Inglewood, CA. In the 1930 census sheet excerpt shown below, it is clearly stated that Charles' occupation is "Inventor" specialized in "Airplane parts".
Charles is married with Pearl A., 50, born in NY. Plase notice that their neighbours are the McDowells, and that John A. is "Mechanical engineer", working in the "patents" business... Are Berry and McDowell associated in some way?

In 1938, Berry, 74, patented the Vocamonica. It's a nose flute with a movable blade in the labium, in order to set the instrument tonality. 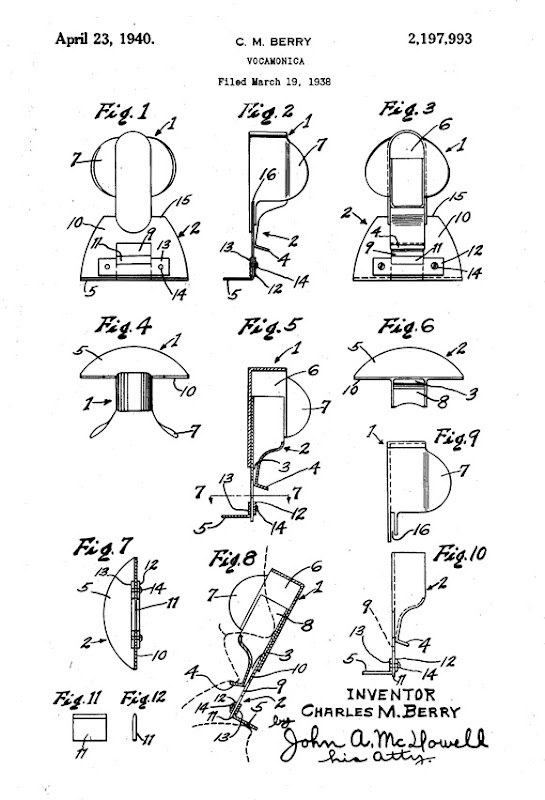 Two years earlier, Oscar Cobia had filed a patent for a nose flute with a set of exchangeable labiums, but the Berry's patent is the first, as far as I know, to propose a variable fipple. Berry names it a toner gate. 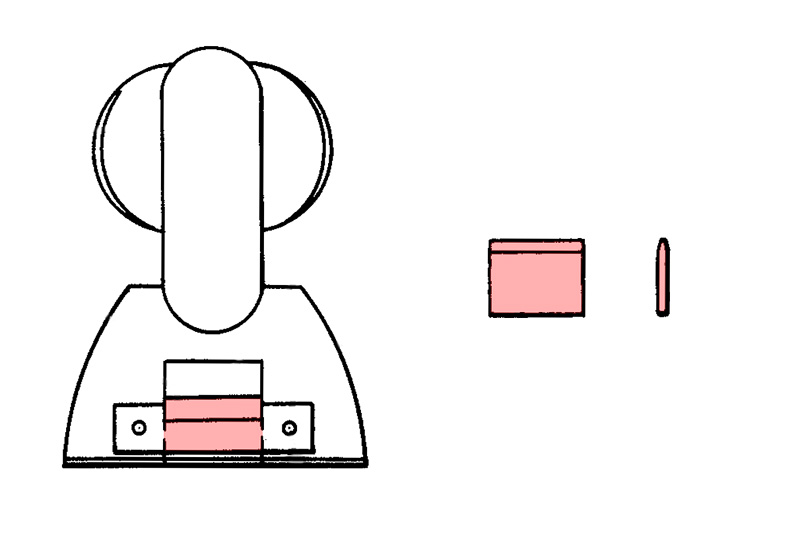 A detail is very interesting in this patent:

Yes! Berry's attorney is his own neighbour John McDowell!
Indeed, in the 1940 census sheet, McDowell occupation has changed from "Mechanical engineer/patents" to "Patent attorney/law".

Here are two newspaper articles. The first one dates of Mar. 31, 1927 (Lebanon Daily News) and the second was published Mar. 25, 1937 (Abilene Morning News). Both deals with Mr. Ray C. Clarke, the « King of Humanatone ».
In 1927, Clarke is presented as amember of the American Humanatone Company of New York. Was this company a corporate band managed by Humanatone Co., as the brand Zobo did by founding The First Zobo Band of New York? 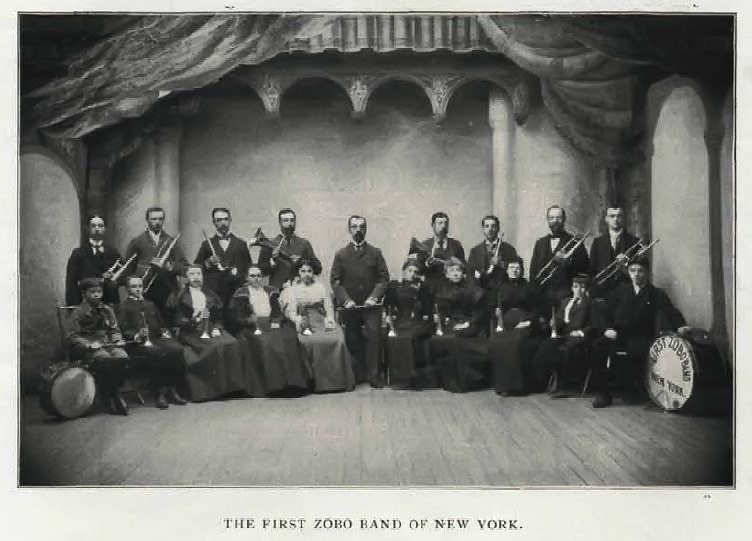 Anyway, ten years later, Mr. Clarke was still playing the Humanatone, was broadcast on the radio KRBC, and according to the paper, was very active in flute performing.

Doesn't this deserve a NF Hall of Fame nomination? 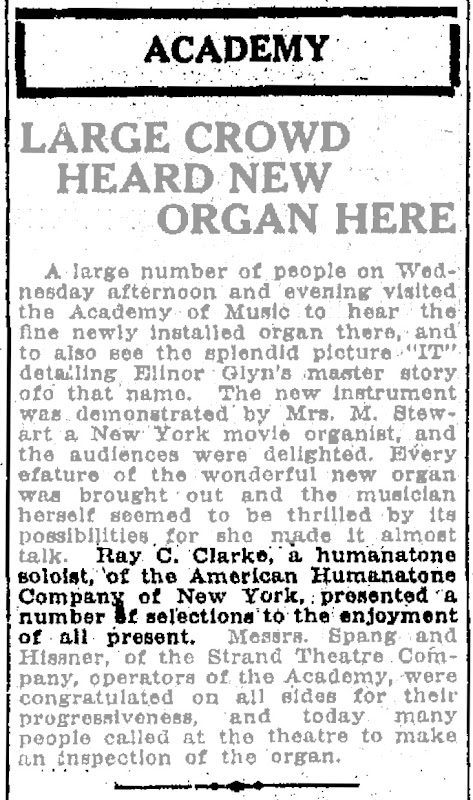 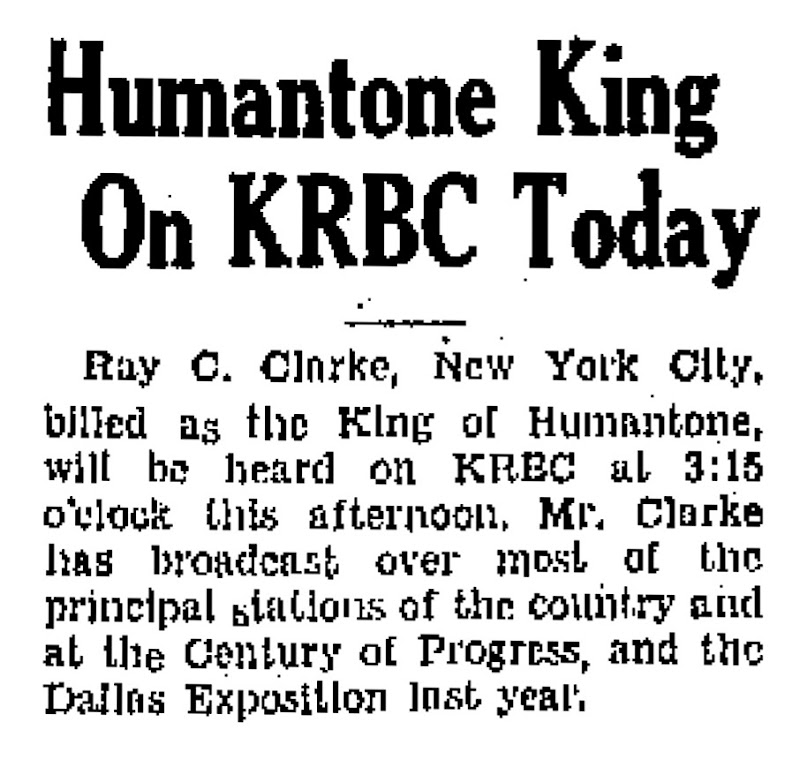