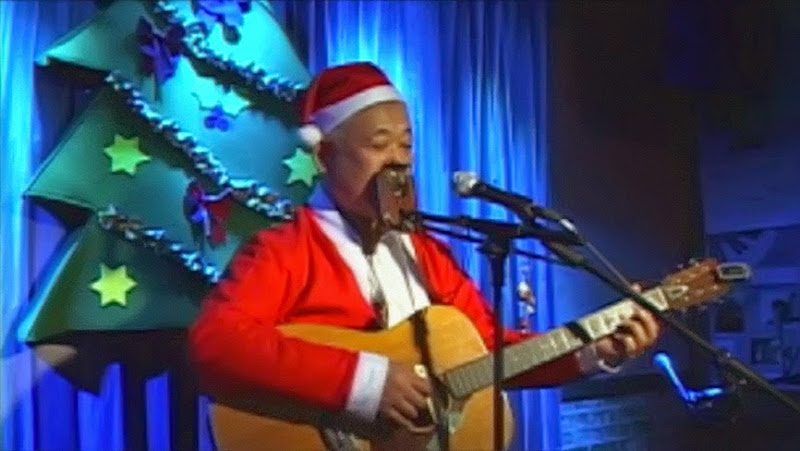 Noseflutists unite around the world to celebrate Christmas!

In the USA, with Mike Anderson and his home made dulcimer:

In Germany, with the Nosy Diva playing the Red Nosed Reeindeer in a retirement home:


And last but not least, Sensei Mosurin on Club Parrhesia TV (vol.190), palying beautiful Christmas songs. Here is only an excerpt, the full show is there.

Email ThisBlogThis!Share to TwitterShare to FacebookShare to Pinterest
Libellés : Germany, Japan, United States of A., videos

Two years ago, I made the Chocorina, and I thought this Christmas was the right time to make another experiment: the Nose Flute Cookie!

First I made some dough, a mostly classic one. The thing is that I wanted the cookies to be rather thin but resist the handling. So, I chose buckwheat flour and lessened a bit the butter portion. For 15 cookies, I used:

I mixed the flour and the spices in a bowl. In another one, I kneaded sugar and butter, added honey, added the egg. Then I poured this in that, kneaded, and let this dark dough in the fridge for a 24 hours rest. 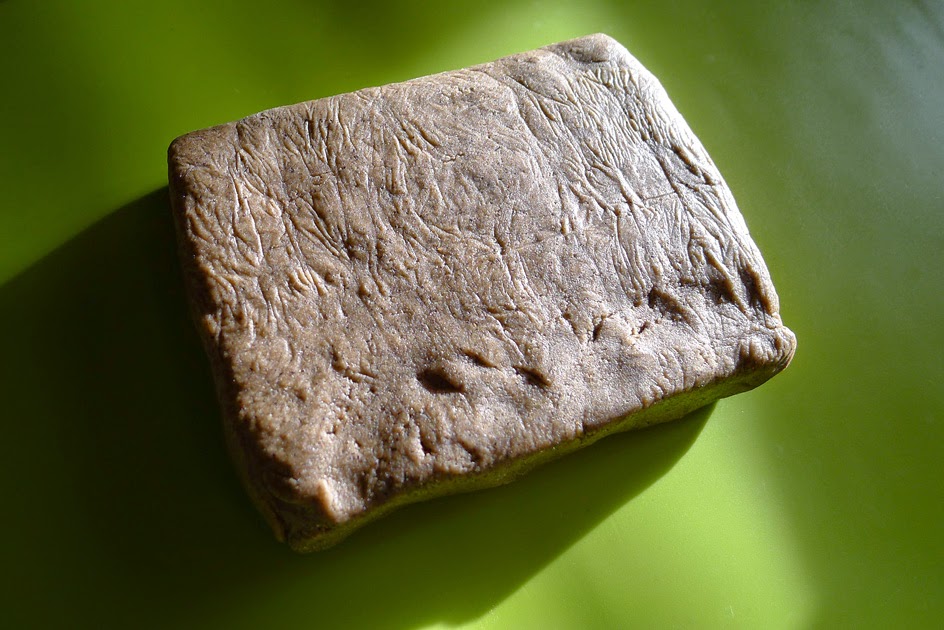 1 - The Shields
The next day, the real work began... I flattened to ±3mm a part of the dough on a silicone pad, and cut circles (the nose flute shield) and the rectangular mouth holes, following the plastic template I made (see at the bottom of this post).

With my scalpel, I cut the bevel of the labium. Better to be the most precise in this task, so I also use the help of a metal ruler to get a nice surface and edge. 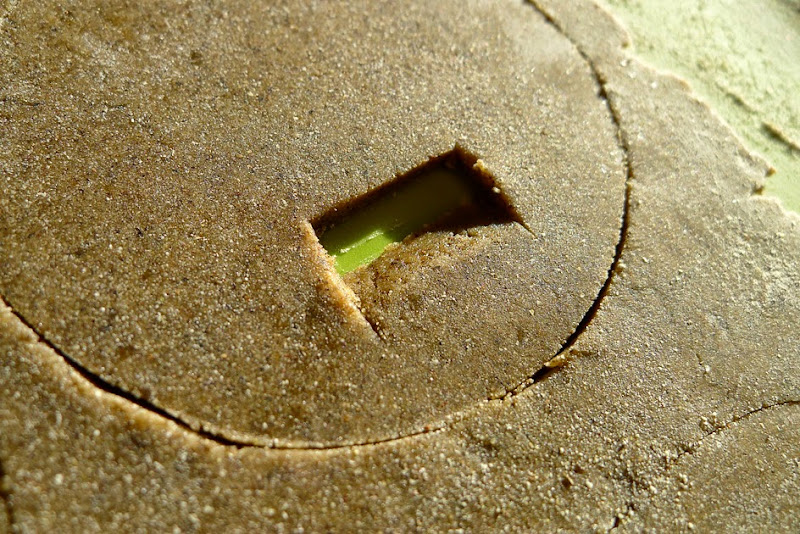 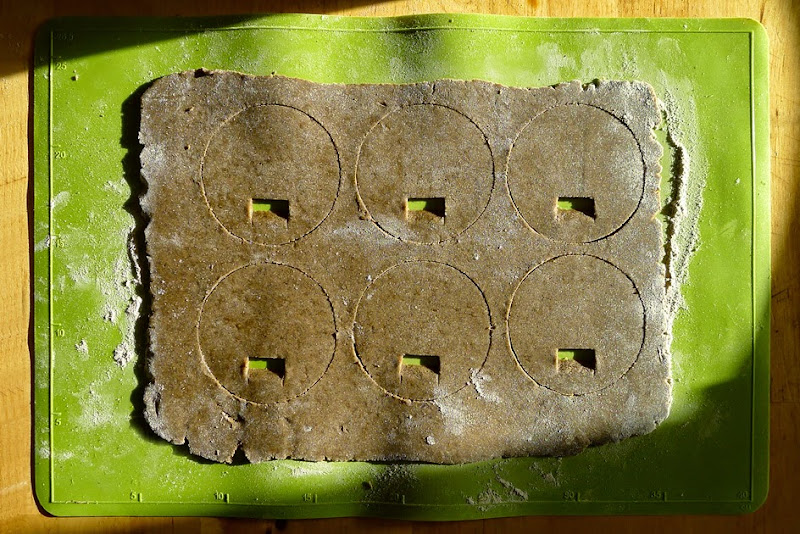 I needed to bake the shields as curved tiles, so I carefully placed them over the rolling pin, bevel on the top. I shimed the rolling pin as I could in a dish, in order to avoid it to do what it does the best: to roll:). The oven set at 350°F (180°C), I let the cookies 15 minutes (this time really depends on the thickness: when they begin to turn brown, it's time to get them out). 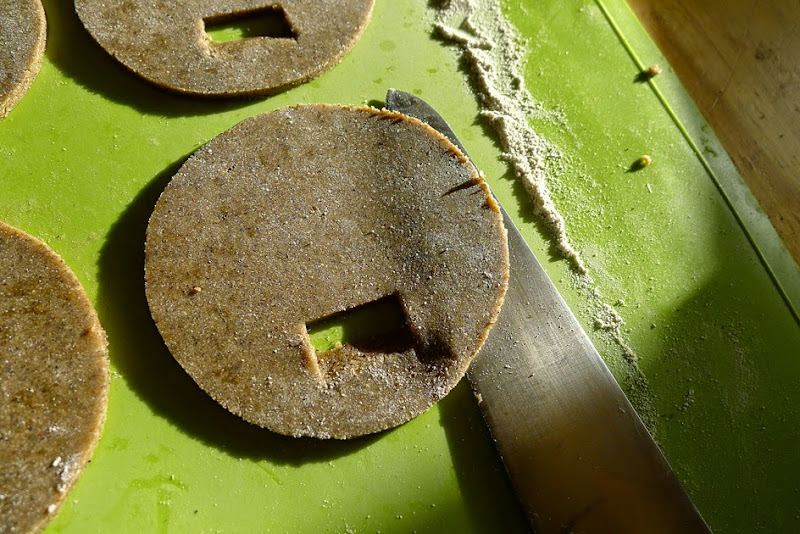 I got 3 nice cookies, and did the whole operation 4 more times, in order to get 15 baked shields. I corrected the little imperfections with the scalpel then. 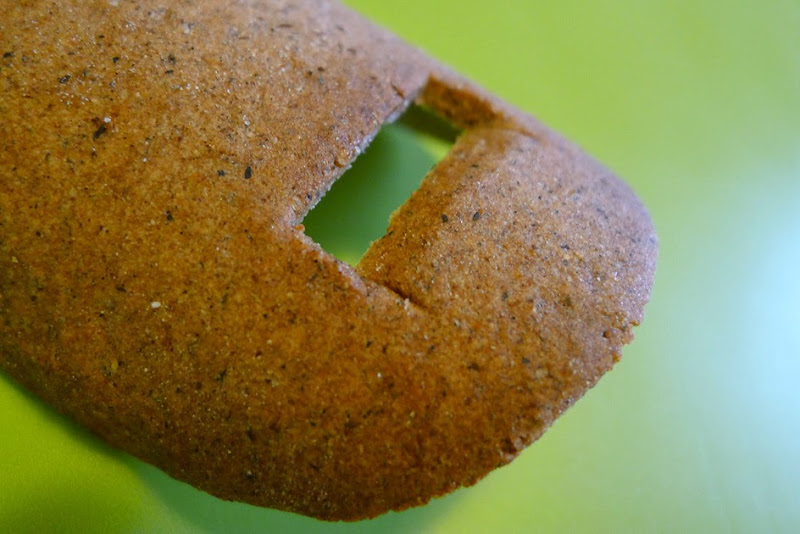 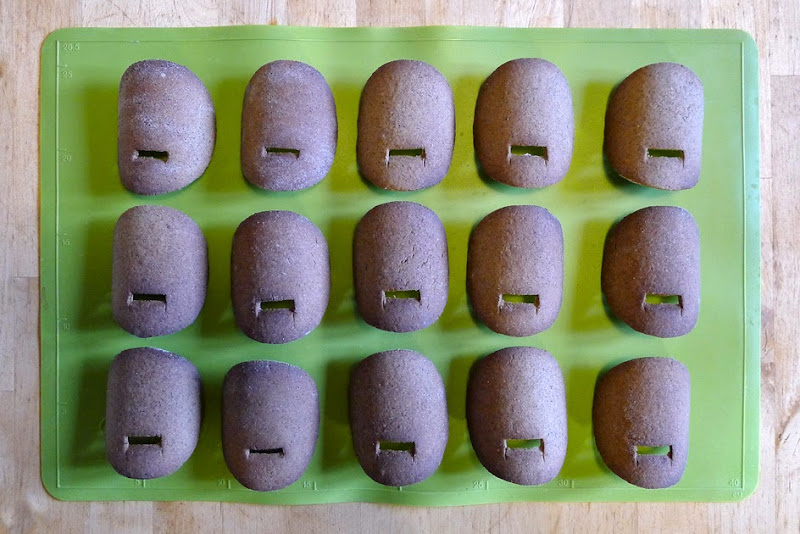 2 - The Airways
Next task was to make the dough bridges that would become the airways. Same thing, I flattened the dough, but this time I did it even thinner (±2.5 mm). Again, I used the second part of my plastic template, placed the cuts on the rolling pin and baked them (±10 min). 3 - Assembling
For the assembling, I made a good bunch of Royal Icing (I used the rest in the last step). For that, I took:

Then, I put some of my royal glue on the edge of the airways, and placed them into the shields, took a great care in aligning the bottom edge of the airways with the top edge of the mouth hole, and let a little gap betwen them (±1.5 mm). I let what we now can call nose flutes dry for half an hour. 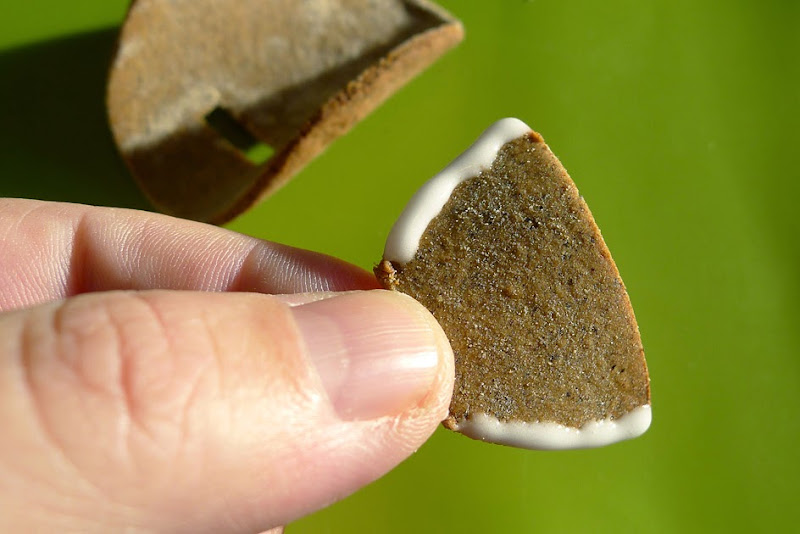 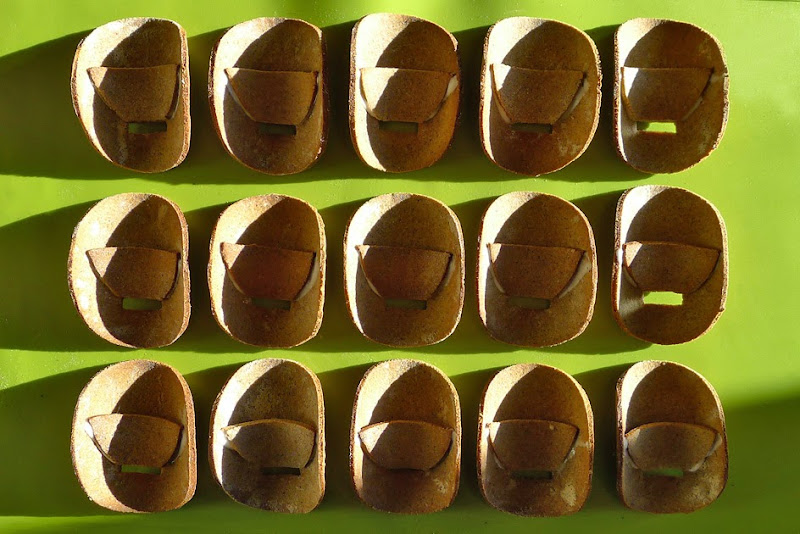 4 - Icing
For the coating, I used the rest of my Royal Icing, that I separated in 5 parts. I added some tiny drops of natural food colorants to get 5 pastel colors. I coated the flutes with a paintbrush, leaving the "technical part" (the zone under the mouth hole) free of icing, to keep a nice air flow. Again, I let dry a good half of an hour.

Here are some details: 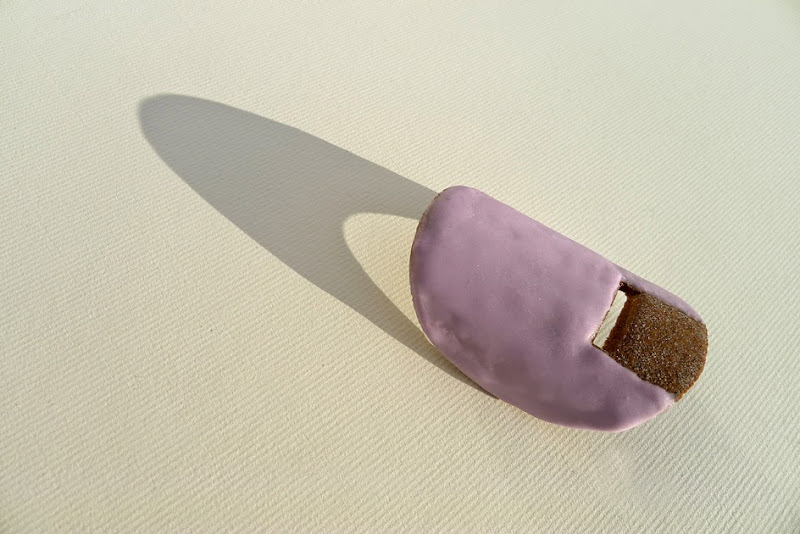 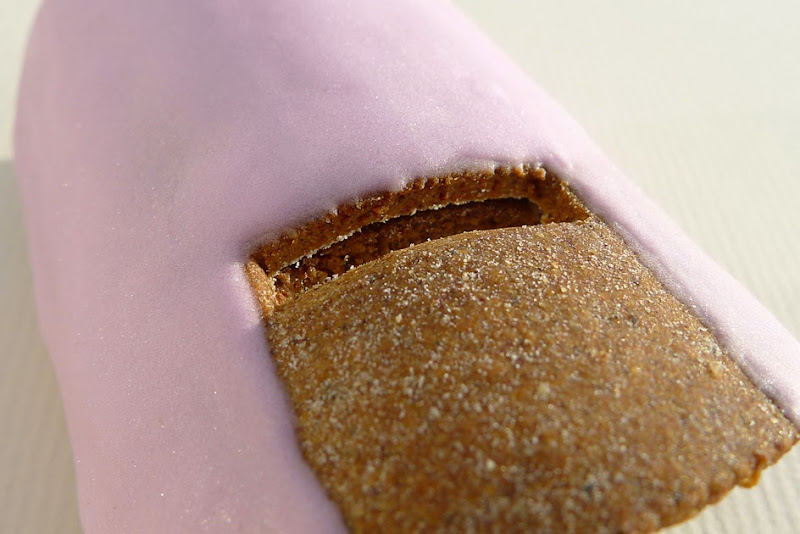 And some pictures of the series: 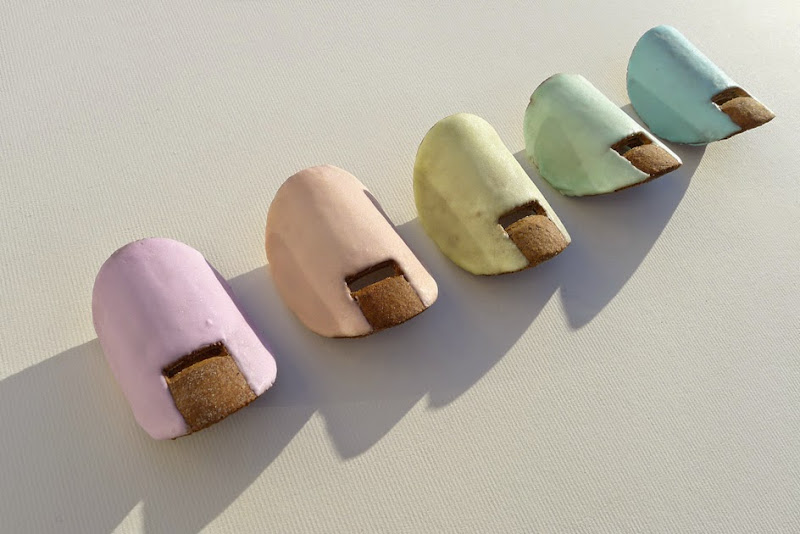 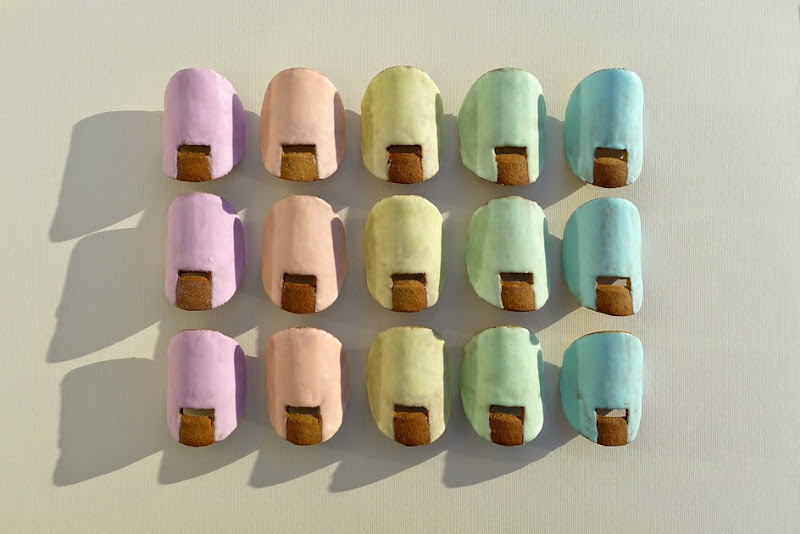 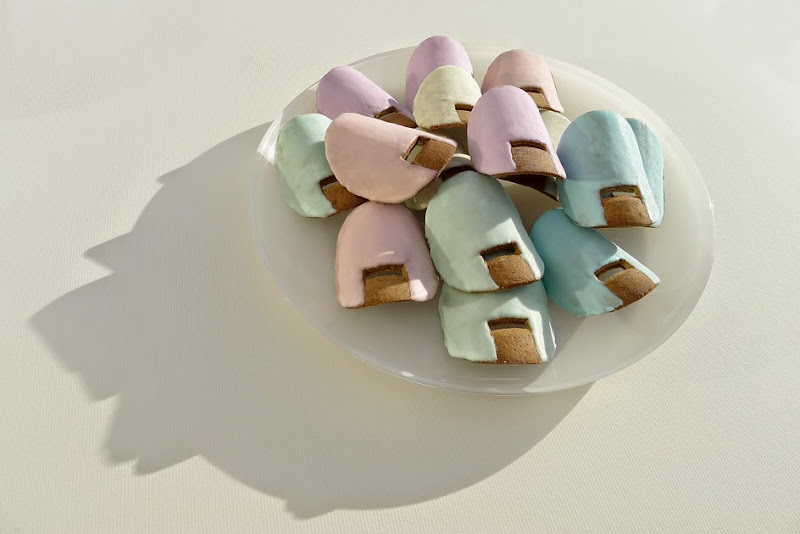 Well, do they play? I must admit that not all of them are playable. I didn't try all of them, because I intend to offer some, but I tested 7 of them, and 4 were playable. More or less, several rather nicely, other squeaking:)

So, the last question is: are they tasty? Well, just take a look at this video!:

6 - Template
The template is more or less the same than the Wallet Instant Nose Flute v.1 one, excepted for the labium and the airway. Indeed, you can see that the lateral edges are curved now. 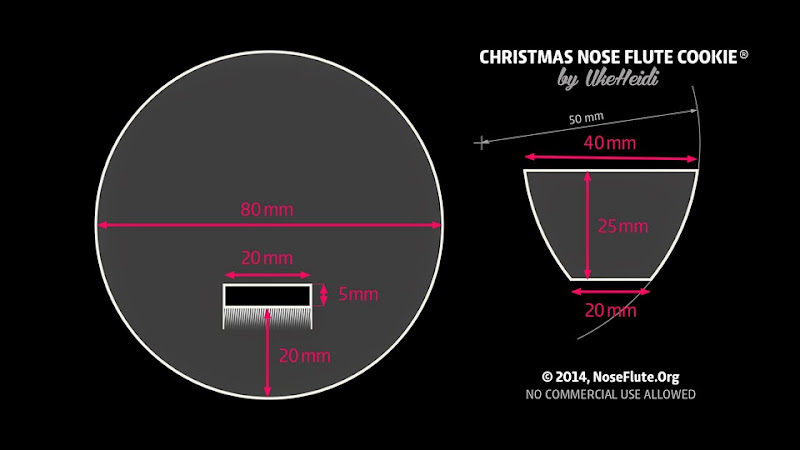 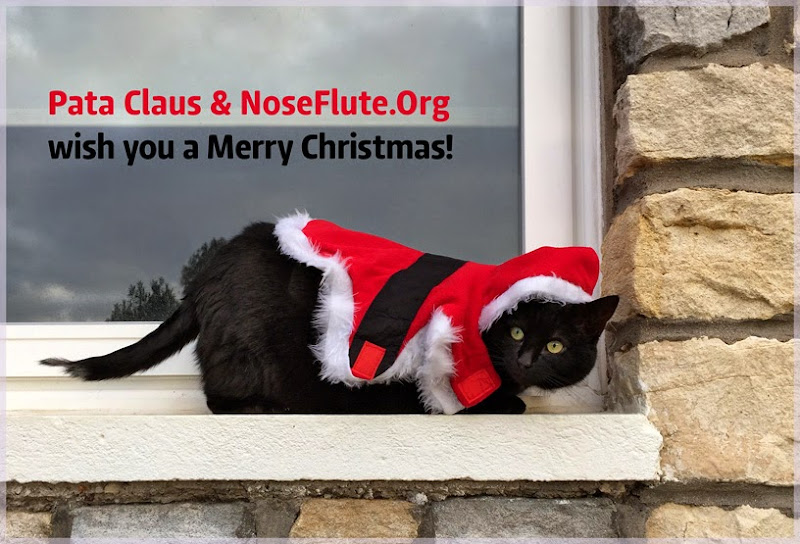 Is Japan a paradise for nose flute lovers? The answer is obvious : many players, clubs which organize nose flute events and parties, gifted crafstmen producing wooden or ceramics instruments, and even experimenters who search and invent new nose flute systems... But that's not all, folks, there is also a nose flute shop! 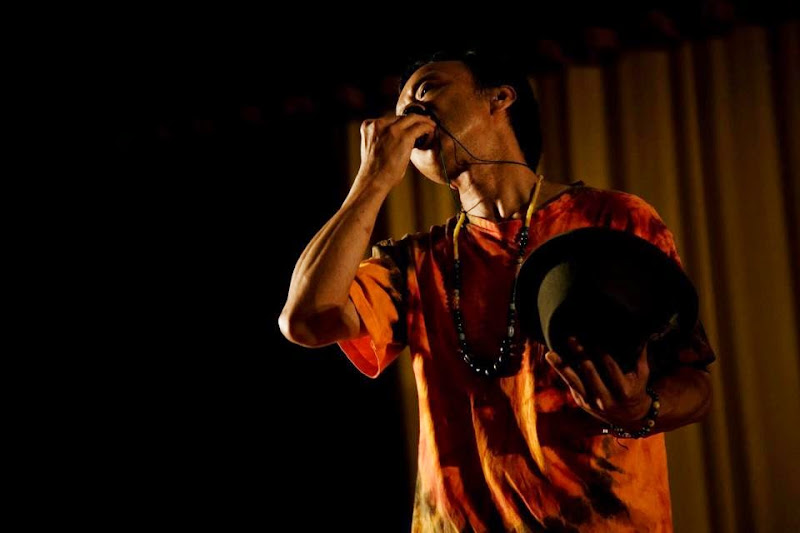 Mr. Mitsuya Toyao is the manager of a beautiful and welcoming little shop in Odai-Cho, in the Mie prefecture. The store is called Yamaneko-tei (やまねこ亭) which means something like the « Mountain Cat Pavillion » or the « Lynx Kiosk ». Its name was chosen to celebrate the freedom in the mountains. The place looks very cosy and welcoming, with wooden table and chairs for the visitors, a furnace in the corner, with a kettle ready for tea time. 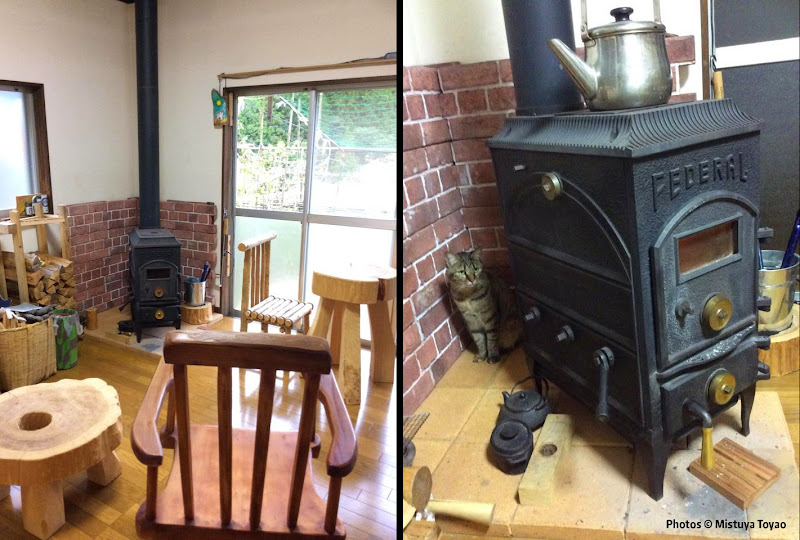 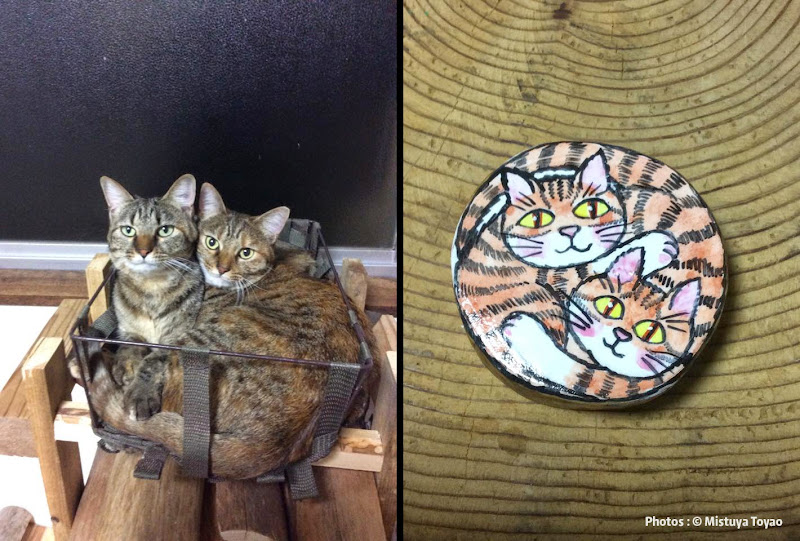 The shop was primarily dedicated to selling Japanese hair ornaments, but for some months, it has become the only "brick'n'mortar" shop where to find a bunch of unique nose flutes by different craftsmen. On the shelves, you can find instruments by Akio Takamura and Go Nagayama, Susumu Yasuda, Yoshihiro Sawada (RON) among many other that I don't know, notably the maker of the "Shōzan kama" ones, cream and grey striped clay, the craftsman who made the new wooden models made in cypress, etc. You even can find some Bocarinas!


And have a look to the shelves!: 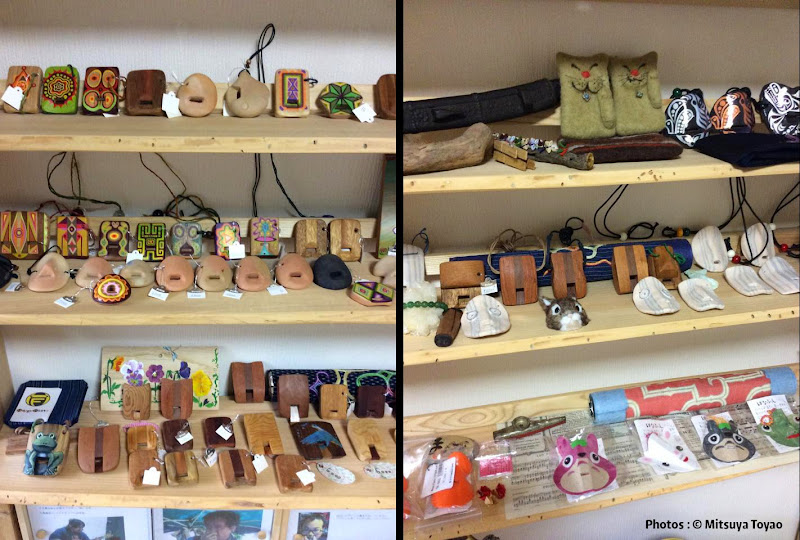 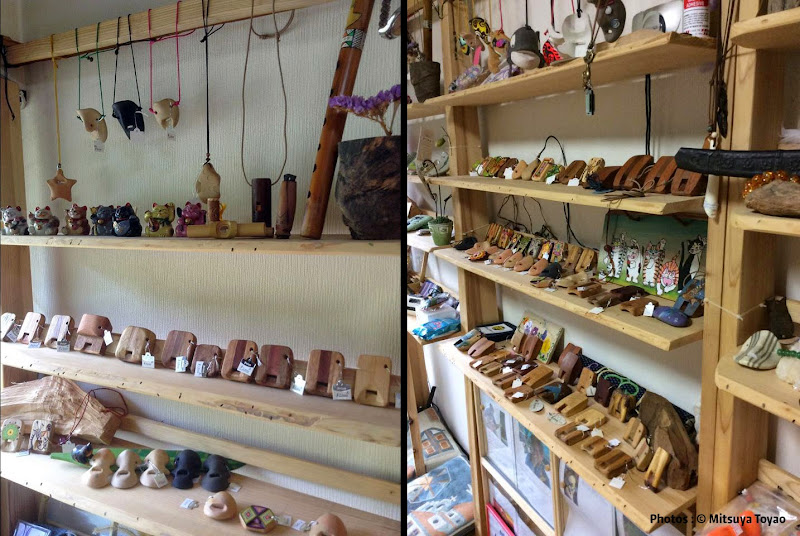 I ordered some nose flutes from Yamaneko-tei (check their review in a later post...), and Mr. Toyao is very kind and generous. I used Google translate to communicate, and I paid by bank transfer to Japan. A bit slow, but no problems, and Mr. Toyao didn't wait for the payment to send the flutes, so I received them in some 10 days.

So, you can order nose flutes from the shop, by contacting Mr. Toyao through his Facebook page, or if you are in the area, it's certainly worth visiting the shop: