Our Japanese friends are very generous. Just after I received a bunch of great nose flutes from Mr. Sawada (check this post), the postman delivered a box full of beautiful hanabue and experimental nose flutes from Japan: gift of Mr. Kunio Katada! 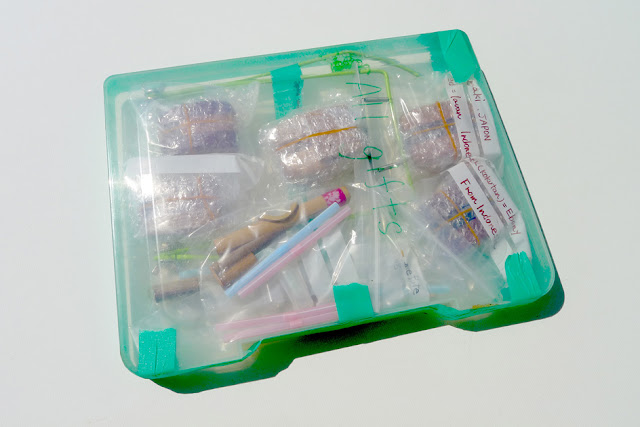 You certainly remember Mr. Kunio Katada, a.k.a Ki_Kanban. In 2011, we published a post (check here) about his limitless creativity and skill in wood working and inlays. But also his work with metal, cardboard... (You can follow the nose flute section of his blog). Ki Kanban is also at the origin of the Adachi nose flute Fuppi (フッピ). Remember these creations:

So, we were really excited to receive another box full of nose flutes! 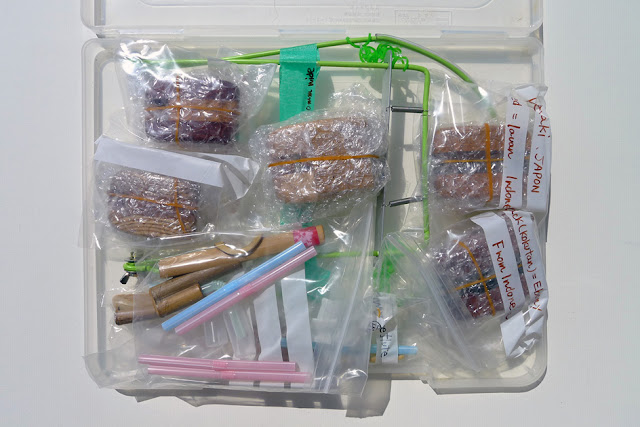 In there, there were three kind of flutes: the regular Katada-san production, simple yet very precise, declined in different exotic woods and sizes; one nose flute dedicated to hands free playing with a specific stand, and astonishing small and radical bamboo nose flutes, the Kunimaru's (くにまるの鼻笛).

As said earlier, « regular » doesn't mean average or banal. This nose flute is regular because it is regularly crafted by Mr. Katada, because this flute is the accomplishment of many trials to get it perfect. The shape is a standard; this is not a « research and design » instrument, but a reliable one dedicated to anyone.

Ki_Kanban sent me two samples of the normal size, and two of the mini version.

Both flutes are smooth, finely sanded and varnished with a satin finish. There is no angle and they fit in your hand like a light pebble. The light colored one is composed by Japanese Keyaki wood (Zelkova serrata), with the center piece in Lauan mahogany from Indonesia (Shorea laevis). The dark nose flute has a beautiful main shield in Sitan rosewood (Pterocarpus santalinus), and the air duct is made of Kokutan makassar ebony (Diospyros celebica), both from Indonesia. Only beautiful and precious woods.

As told before, the wood work is very precise, and whereas the global shape is smooth and rounded, the technical parts are sharp and accurate. The labium is incredibly thin, and is was possible only by the use of very hard woods. So, it is not surprising these nose flutes are very good and precise instruments. The mouth window is rather small (±3mm high) and these hanabue are mainly sharp oriented. 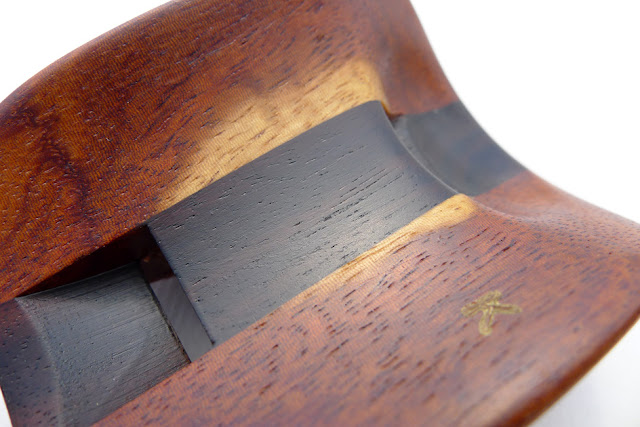 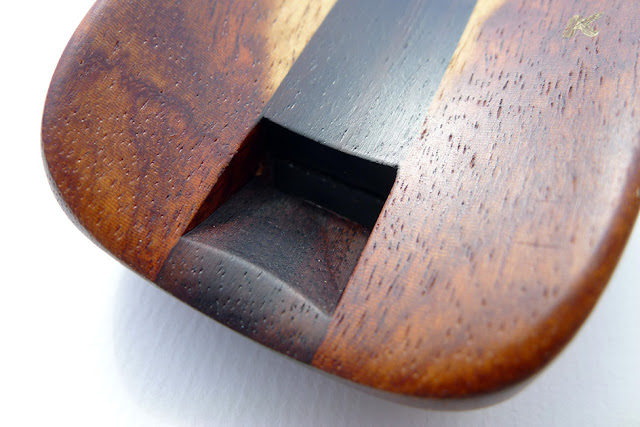 Kunio Katada sent me also two mini Adachis. They were made on the same pattern and shape than the regular ones, but just a little bit smaller, to fit wee faces or children.

These little babies are as smooth and satiny as their big sisters, and were crafted with the same care and precision. They received the same « golden K » stamping.

2 - The hands free Adachi and its stand

Another gift from Master Katada is a nose flute he especially developed for hands free playing, with its dedicated holder.

A - The hands free Adachi

This nose flute is a size XL! We saw the normal and the mini models, this one is incontestably a fatty! Here too, the same care in the craft, but associated to a deep impression of sturdiness. This is the nose flute for the Special Forces, to play sweet melopoeias under the massive hail of Operation Cast Lead! Indeed, this instrument features a thick locking shield over the air way.

For sure, Master Katada wanted a very steady and sturdy locking system, and he succeded. The tenon is not only glued, but also nicely pegged to the body... 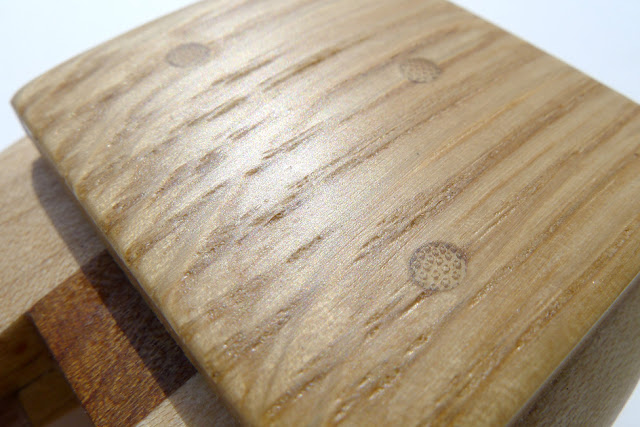 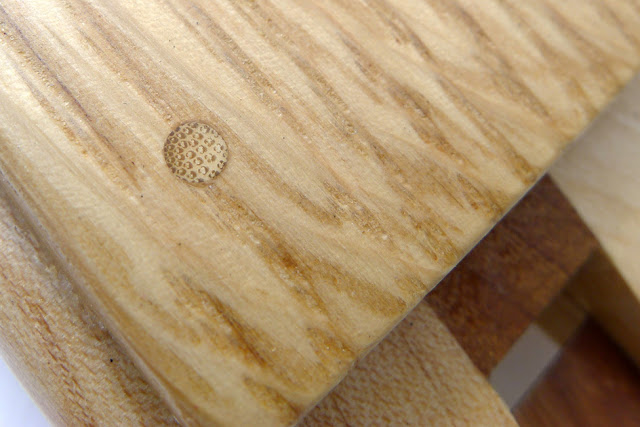 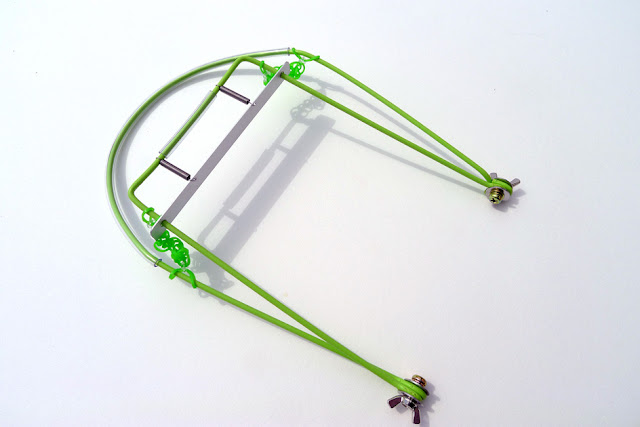 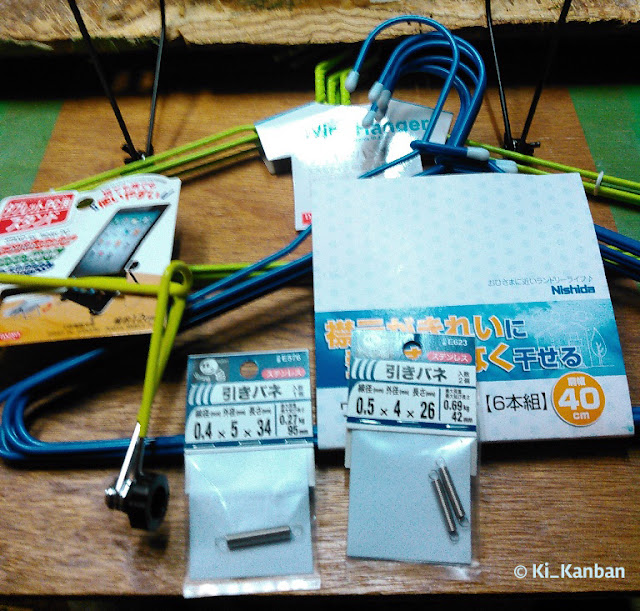 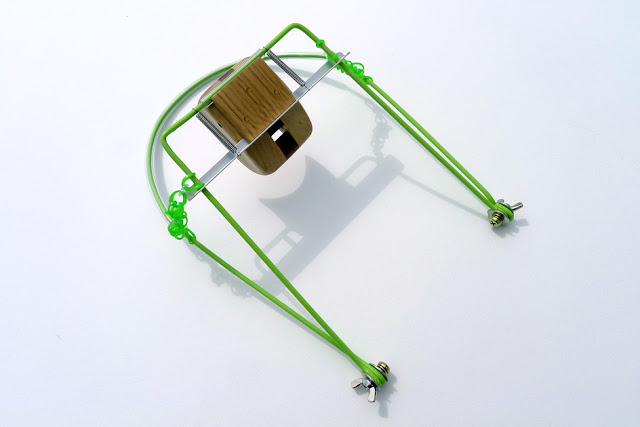 The stand looks like a regular mouth harp stand, but certainly it is not. Not only Kunio Katada shaped it himself, using a shirt hanger and a smartphone stand, but also the claw looks totally different. Whilst an regular harmonica stand generally provides a double flat clamp, Ki Kanban's stand features a real jaw for the flute:

The result is super efficient: the nose flute is kept very firmly in the stand, and easy to access. It is not only a hands free system, but also a « mouth free » one. 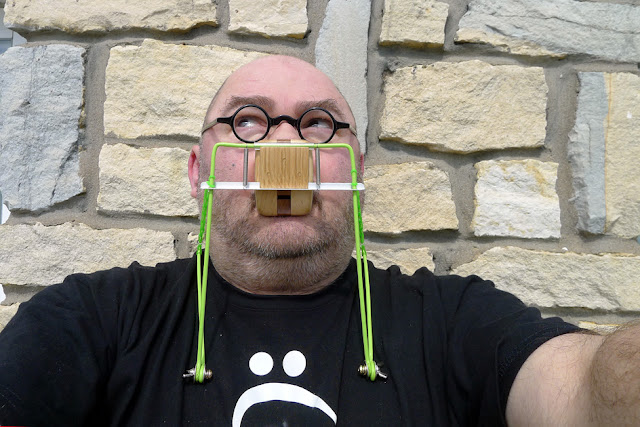 To the Part II

Videos with the new Bocarina® Pro

The new Bocarina® Pro has just been released, and nose flute players have already recorded videos to test the new instrument. Let's watch some of them!

Ladies first, the Incomparable Nosy Diva just pushed online two records: the Bach's Badinerie with a plastics Boc, and the Trout (Die Forelle) by Schubert, at her ceramics Bocarina® Pro: 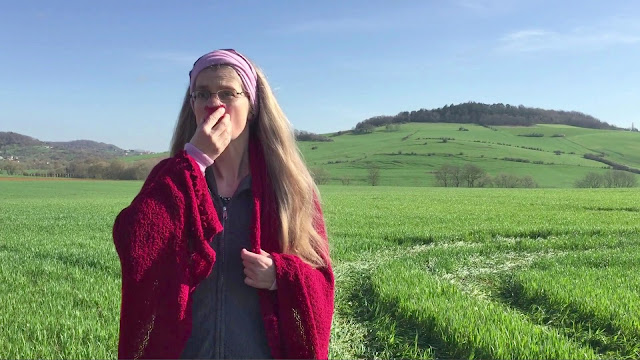 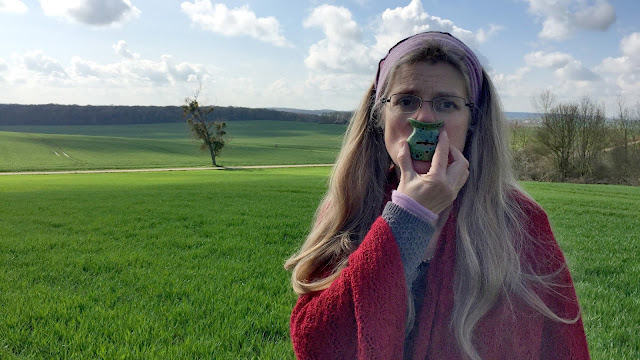 Our Japanese friends also made videos with the Bocarina® Pro. Our friend Hanabue114 (Mr. Jun Tanioka) recorded several, including an introduction to the new instrument, and a comparison with the regular one: 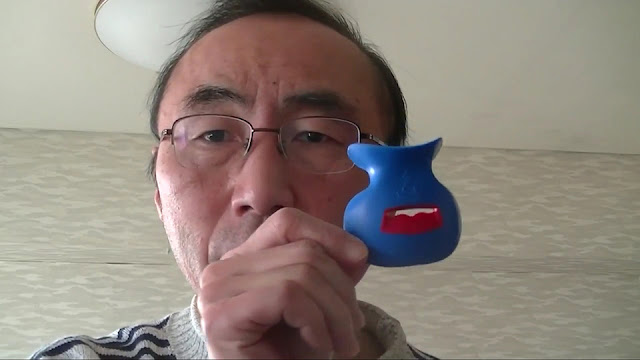 
Mr. Hideki Arai, from Japan too, made a great recording of « Nkosi Sikelel' iAfrika » (the national Republic of South Africa anthem) recording:


Mr. Makoto Yorokobi Nozaki (眞歓野崎) also made a video, available only on Facebook at this place

And we're sure there will be many more to come!
Publié par UkeHeidi à l'adresse 9:15 AM 2 comments:

To hail the recent revival of NoseFlute.Org, our friend the Dutch whistle collector Piet Visser (check his blog) offered us two adorable vintage nose flutes! We don't know much about the mysterious Simmy (see here), but since Piet Visser is our only source and regularly find some, we're more and more prone to deduce it was a Dutch neusfluit. 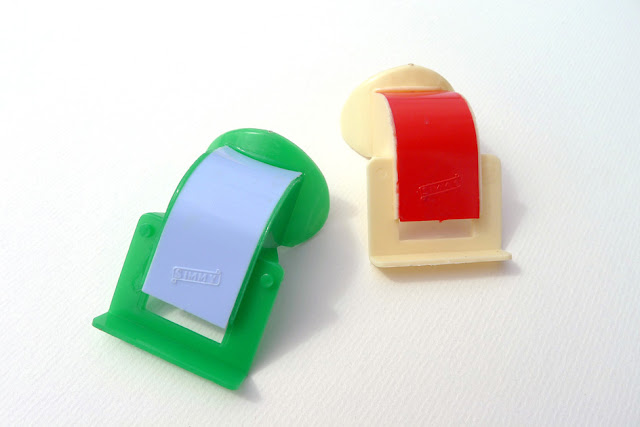 So, we are very pleased to welcome those two new vintage babies! We love these funny and colorful nose flutes... And since we had formerly trade a pair of them, we are now the proud owner of a four pieces collection. Thank you a lot Piet!!

We also made a short stupid video with the Nosy Diva: 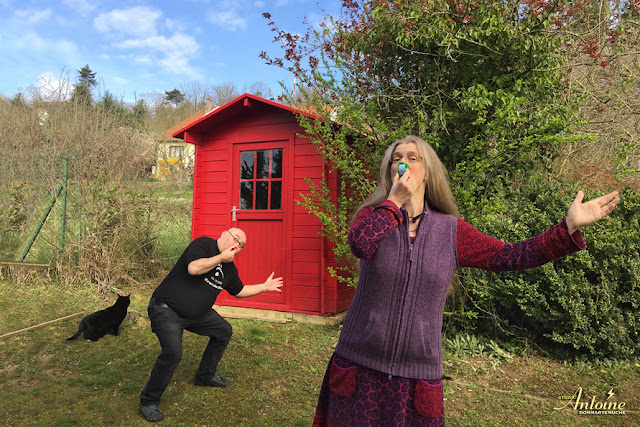 Mr. Ken Tanaka, Saitama, Japan, just published an experiment he did with a styrofoam food box. He cut a corner in a nose flute shape (so clever idea to get the 3D countour!) and stuck a smaller piece inside, with the help of adhesive tape. Look! : 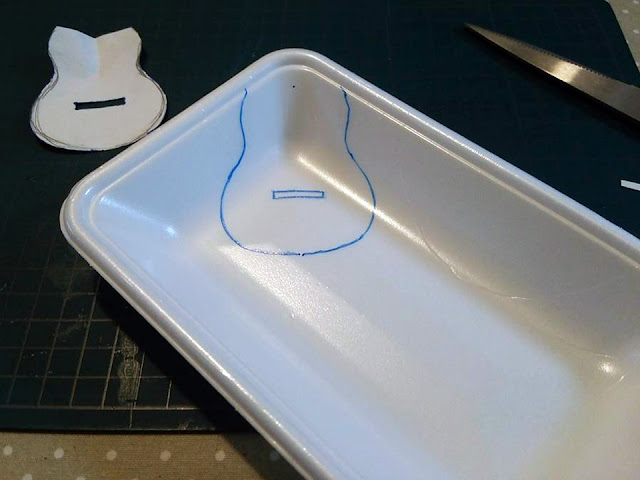 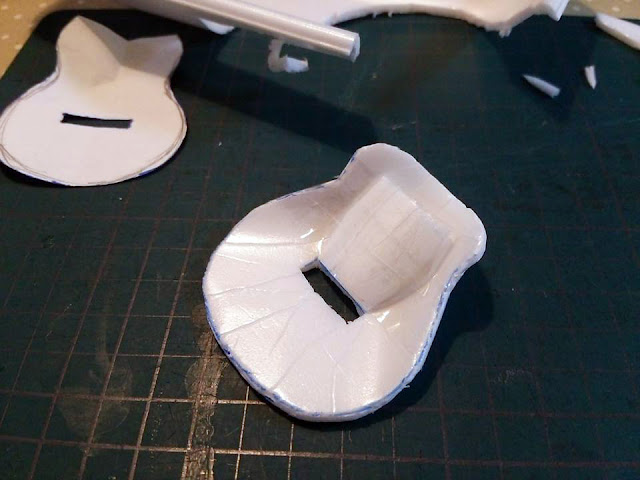 Ken Tanaka made also a short video to show the very convincing result:

You can also check his Youtube Channel (nervousgoat860126) which contains many other interesting nose flute videos!

Email ThisBlogThis!Share to TwitterShare to FacebookShare to Pinterest
Libellés : Fix and build, home made, Japan, videos 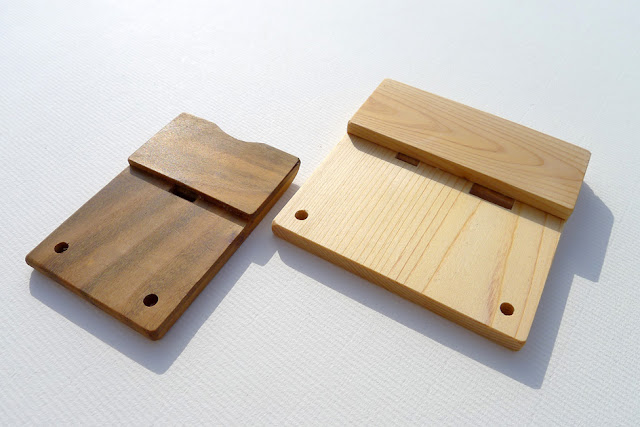 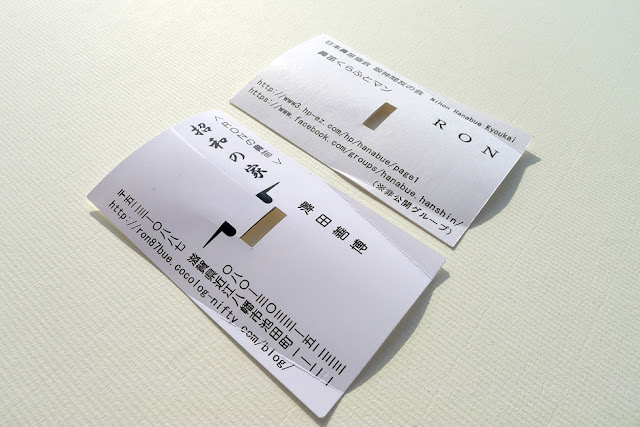 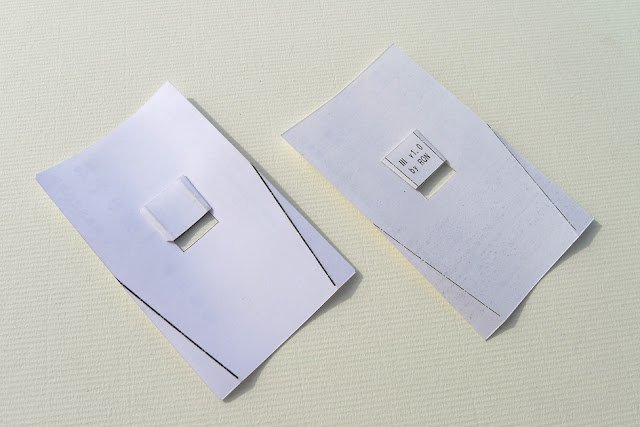 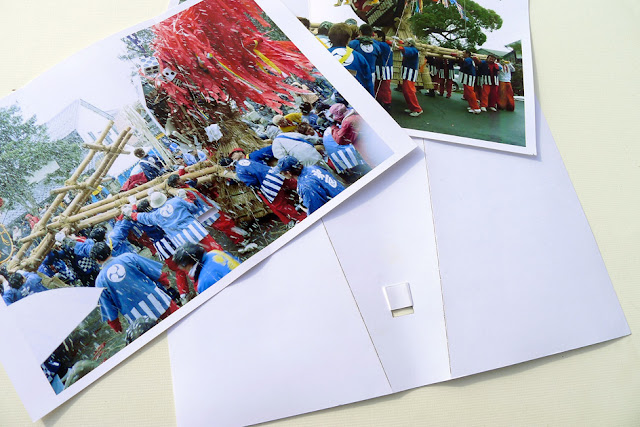 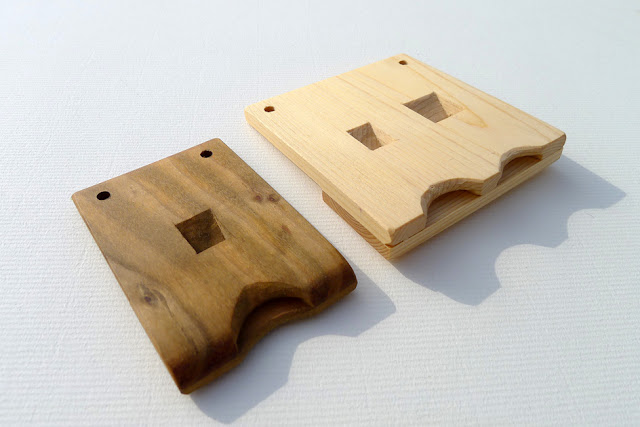