Yes, dear friends, here is the first video of a series of customizations dedicated to professional players or, at least, noseflutists performing in public. The Nose Flute Professional Lyra is based on an idea by Miss Birdy K., and was built in the Noseflute.org workshops by qualified people, under CEO Patafix-the-cat's supervision. 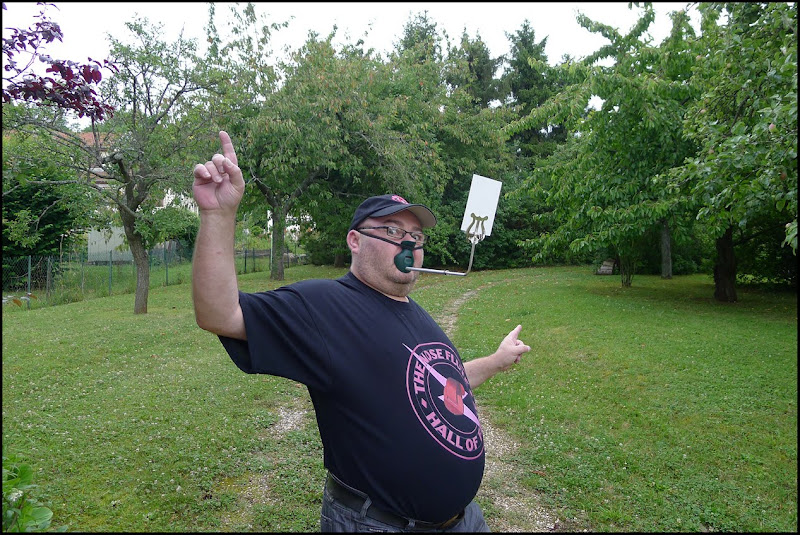 Trier... the Porta Nigra... and the Nosy Diva, who got the spontaneous desire to perform the Aria of the Queen of the Night, despite the modest acoustic conditions and a ingrate audience.

With the Nosy Diva, we were in Trier (Germany) for a (great) concert by the Ukulele Orchestra of Great Britain. There was an "after" in the hotel hall with our british friends. Miss Birdy K. had brought Bocarinas, and Will Grove-White, already a convinced noseflutist, attempted to convert his fellows to the nosy cause and remarkably succeeded.

Here is a video of the first tryings of many of them :

New batch for the Reggi-Flauto

Felice Pantone, street musician and inventor of the nose flute holder called "Reggi-Flauto" has posted a new video to show how to form and use its hands-free system.

Here is a old lovely and sweet little plastic nose flute that Mr. Piet Visser gently accepted to trade from his collection. It is a two-colored polystyrene toy-instrument, of a rather small size. 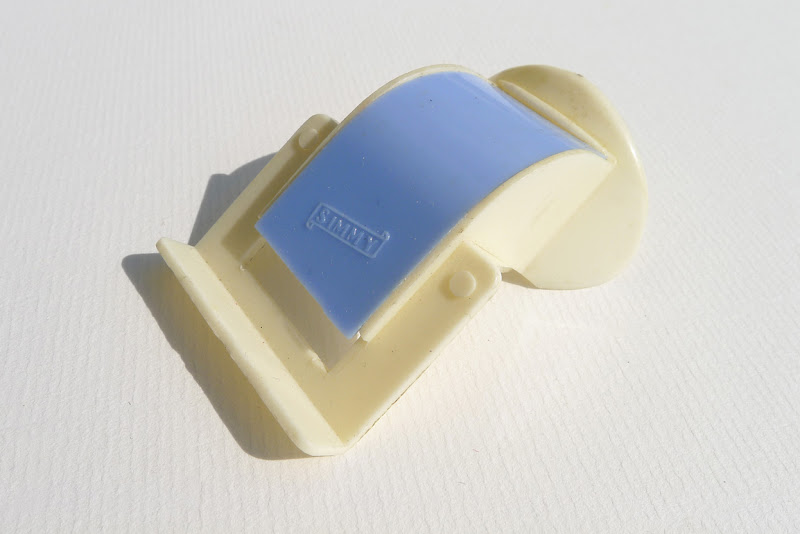 And here the "Simmies" from the Piet Visser's collection (photo by M. Mei): 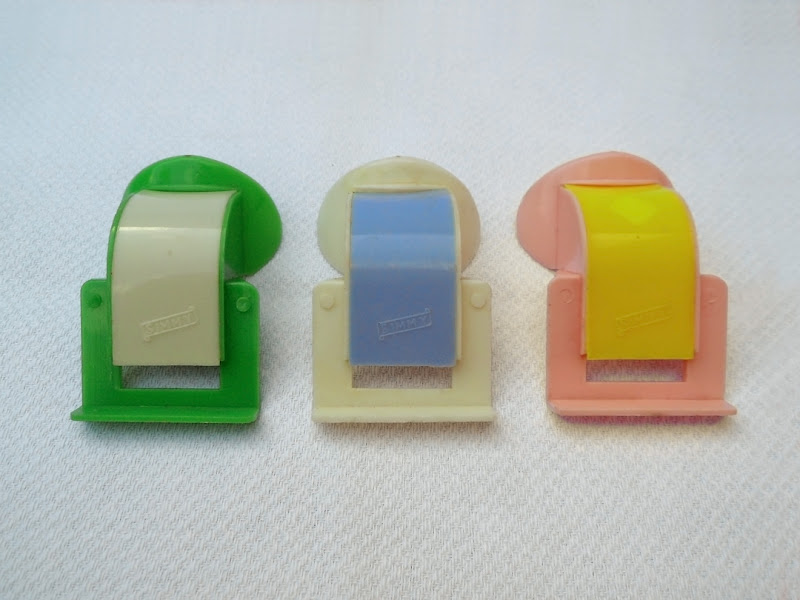 The Simmy proudly wears its name in small parchment roll on the breathplate, with a rather chaotic typo: 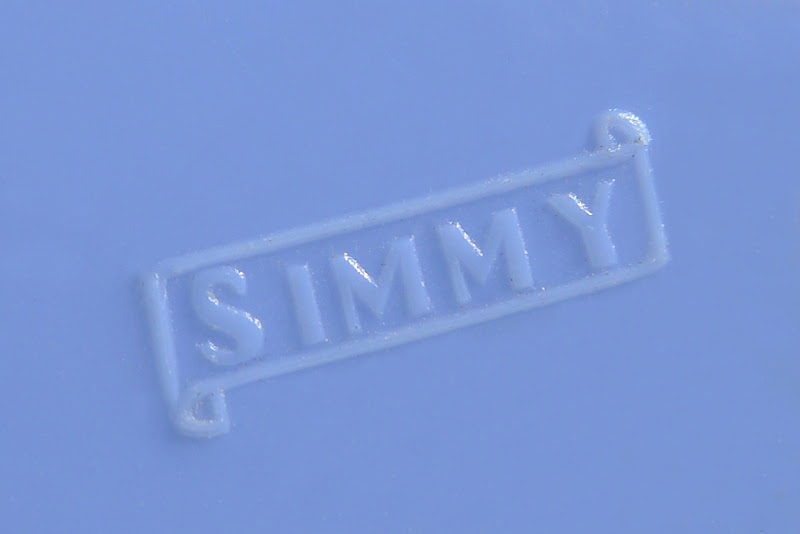 As far as we know, according to Mr. Visser, the first Simmy nose flutes date from 1952. They were probably european made, and could have been German. This drove Mr. Maikel Mei to hypothesize that the Simmy was the ancestor of the Swan nose flute.
Well, wether we have absolutely no piece of evidence of such a statement, it's however a real possibility. The Swan was launch in 1958, and the 1952-born Simmy should not have been produced during a very long period, else it would not be so rare.

But more : there are many resemblances between the two nose whistles... They differ by the size (Simmy is smaller) and by the shape of the mouth shield, square on the Simmy, perfectly circular on the Swan. There is no upper-lip rest on the Simmy, and the labium is not beveled as it is on the Swan. But both share subtle morphologic details. 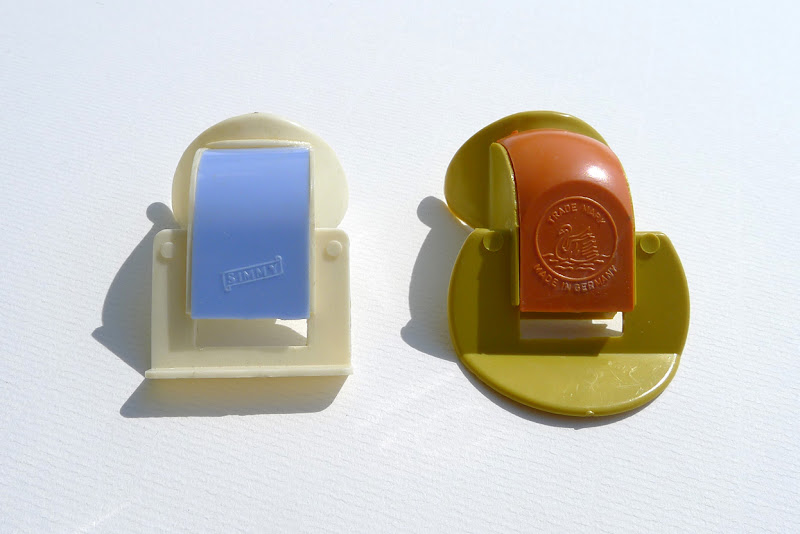 The shape of the nose saddle is the same, with a different airway hole. Both have a trapezoid shape part that connects the nose saddle to the mouth shield. The two model have a flat mouth shield (not concave), with a bottom-lip rest (90° angled, short and rectangular on the Simmy, and rounded, with a 45° angle on the Swan).

The front shows other similarities. Both babies are two-colored, one reserved for the airway cover, which in embossed with the logo. And both show the famous "pair of injection stigamata" which help to date a Swan [like Leda??:)], however smaller in diameter on the Simmy.

There is another detail shared by both flutes that is so singular that it could almost become a piece of evidence... On both babies, the end of the air duct cover goes a bit further than the support rail, and has a short angled ending, produced in order to thin the air flow at its very exit and to orient it properly (?). 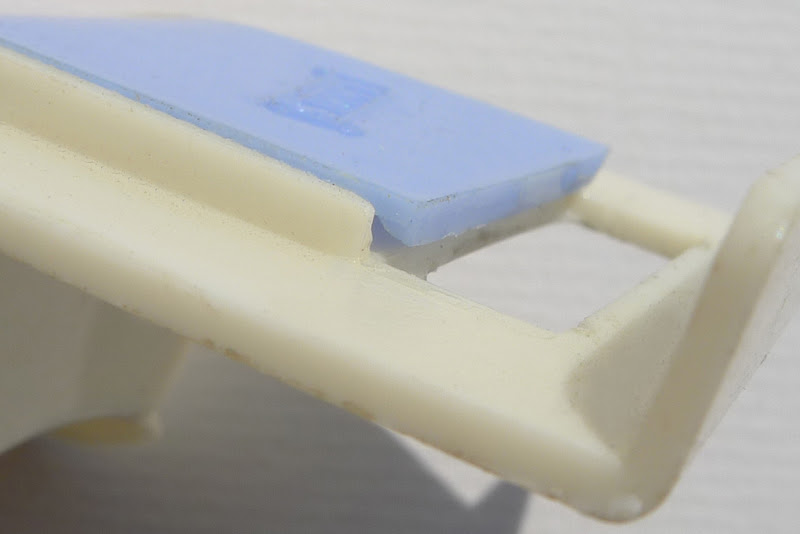 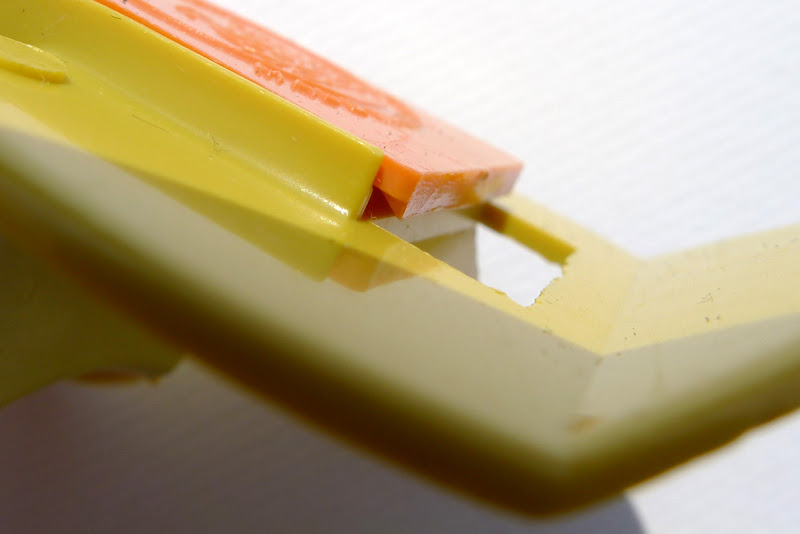 So... Is the Simmy the ancestor of the Swan? Certainly. But what's the meaning of this word and what relation do those nose flute have? Impossible to say. Was the Swan an improved model designed by the Simmy producer who was german? Or was the Swan simply "inspired" by the Simmy, but made by another factory? The first element of answer would be to know for sure in which country the Simmy was produced.

A small sound sample recorded with the Simmy, which sound is a bit "blury":

A nose whistle as shepherd's tool

Published in Essex Newsman, Chelmsford edition of the Saturday, October 9, 1937, this classified ad shows that nose whistles were used by shepherds to call and lead their dogs.

In this recent article about shepherd's whistles, Kathleen Ward wrote : « There are an amazing array of whistles. Made of various metals such as Stainless Steel, Aluminium, Sheet aluminium, Tin, Sterling Silver or Titanium. (...) There are references where a tobacco tin has been cut open to make a whistle. There was also a nose whistle. This obviously did not become popular. »
Publié par UkeHeidi à l'adresse 7:38 AM 4 comments: