One by Feed the Diva!, made in a hurry in a frozen attic, and two nose flute practicing sessions in the Fiat 500, by Miss Birdy! All made in Hannover.

Sho Hirasawa, as known as « Show Nose Flute » on the internet, is a gentle and sympathetic 21 years old very active Japanese musician, website keeper, nose flute collector and amateur builder. He lives in Kobe, and play many kind of nose flutes, from the very common plastic Humanatone to the traditional nasal flutes (Olimong and Ohe Hano Ihu), including his own creations, like stunning gourd flutes. 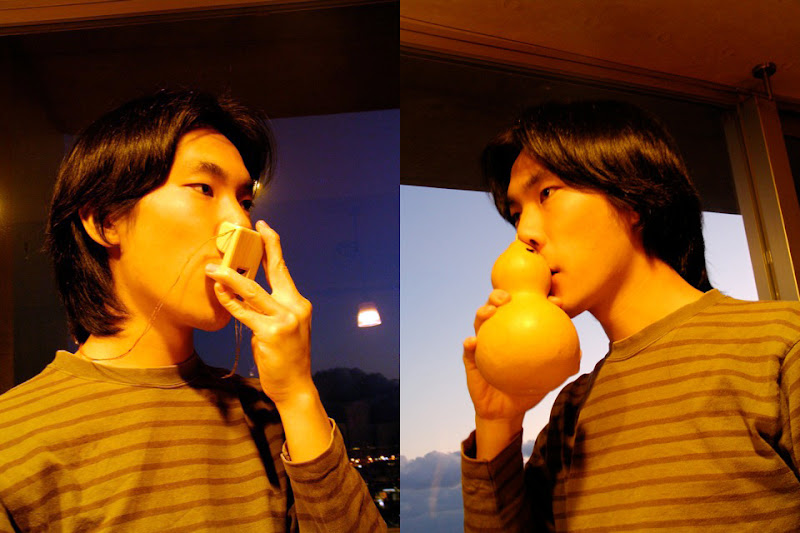 Show has accepted to answer a short interview. Here it is :


How did you discover this instrument ?
My sister bought the Human-a-tone for me, at a second hand bookstore "Kasei-no-niwa (mean garden at mars)".


Do you perform on stage?
Yes I do! I have performed on stage only in Kansai, Japan, yet. I'm going to perform in other places stages in the future. I have been only playing existing music on stage yet, but I will create music for nose flutes.
I like to play "Lupin the 3rd theme" and "Passionate Continental theme". They were played on my first time stage "Banteki (mean ten thousand woodwinds) expo 2010".

I also played at :
- "Fete de la musique au japon in National Museum of Ethnology 2011" (Osaka, Japan).
I played three type Nose Flutes on this stage. Vietnamese, Human-a-tone, and Olimong. I think i'll perform on this stage in 2012 too.
- "Banteki expo 2010" (Kobe, Japan).
This is an event reserved to woodwinds. I played at lunchtime concert. Worldwide woodwinds players came to this event.
- "the Forest Concert in Nunobiki Herb Garden 2010" (Kobe, Japan).
Many types of musicians came this event. Recorder players, pianists, and more.


What nose flutes do you use ?
Buccal cavity driven type
(It is the main type of nose flutes I use. I can play within a near 4 octave range, and when the conditions are good, a bit over.)

- Human-a-tone
I think these nose flutes sound is light, and their blowing feel is soft.

- Nose Flute made in Mie, Japan
It is made by "Nihon Hanabue Kyokai Ise tomo no kai", and we drew it together.
They have 4+ octave range, can afford long blowing, and good brake performance. I think they are appropriate to slow music and majestic music.

- Nose Flute made by Mr.Yatake
I met Mr. Yatake at "Fete de la musique au japon in National Museum of Ethnology 2010". The flute has a 4+ octaves, can perform long blowing, and the feeling is "danceable", because the tone change is very smooth. It is well appropriate to play bright music.

- Nose Flute made by Tatanakuy
It was made by "Tatanakuy", Nara, Japan. It is made in clay. It has 4+ octaves range. It is an easy player, and sounds like a recorder. 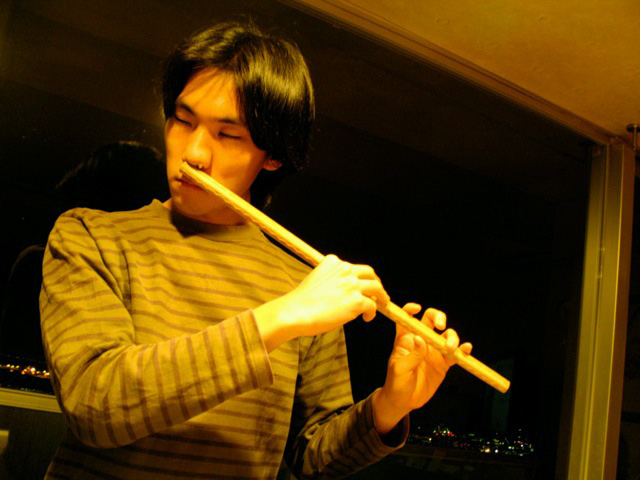 - Olimong
It is a Philippines fife type nose flute. It was made by a Craftsman of the Kalinga tribe. I bought it at the National Museum of Ethnology, Osaka, Japan, and it was sold by "Pagoch". It has a linear carving on its body, as the Kalinga tribe usually make. The Kalinga tribe uses the Olimong for communication with spirits, gods, and lover. Because it has a very very Soft sound. 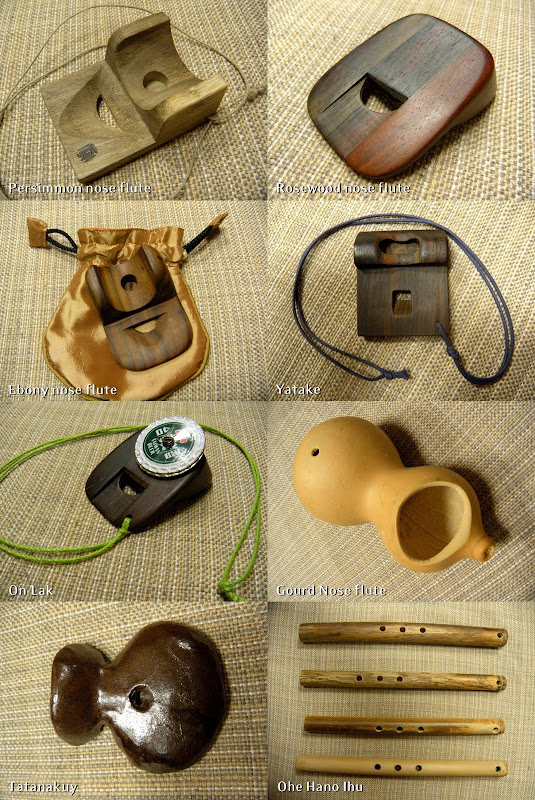 - the Gourd nose flutes (my own creations). I wanted to make a low tone nose flute, like a "alt Nose Flute" or "Bass Nose Flute". Last year, I got the idea to create those! The idea is to connect the gourd cavity to the mouth cavity. Two cavities added to each other make a larger cavity, and thus produce low tones.

You can visit the Show Nose Flute's website here.

And surely should take a look at shownoseflute Youtube channel, with many nose flute videos. 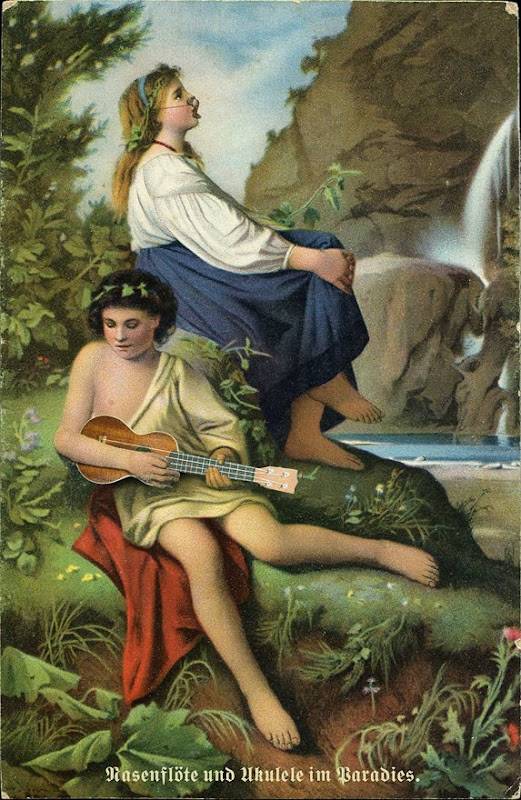 Noseflute.org and UkeHeidi are glad to send their best wishes for the new year to all of you!

Noseflute.org is quite recent (less than 5 month of existence), and has received a nice welcome among nose flute players community around the world. We have posted around 110 posts yet (around 0.7 per day!), and have been honored by almost 6500 visits coming from all around the world, from America to Asia, Europe for sure, but also Africa, Australia, Oceania...

We wish the best for you and your families and friends, and hope nose flute playing will continue to spread and conquer new players.