One of the rarest industrial nose flute to be seeked by the collector is undoubtedly the japanese Humanatone. It surely was a Gretsch Mfg Co. instrument, according to the packaging design and the fact the owner of the brand was Gretsch, but it was produced in Japan and there is no mention of another brand that « Humanatone ». It probably dates from the 50s and/or the 60s.

The instrument is a Humanatone made in plated tin, with a shape quite similar to the american plastic one, but with some light differences, partly due to the way of producing it.
The packaging used the exact graphic chart of its american cousin, but was simply inserted on a card, and not packed in a box. 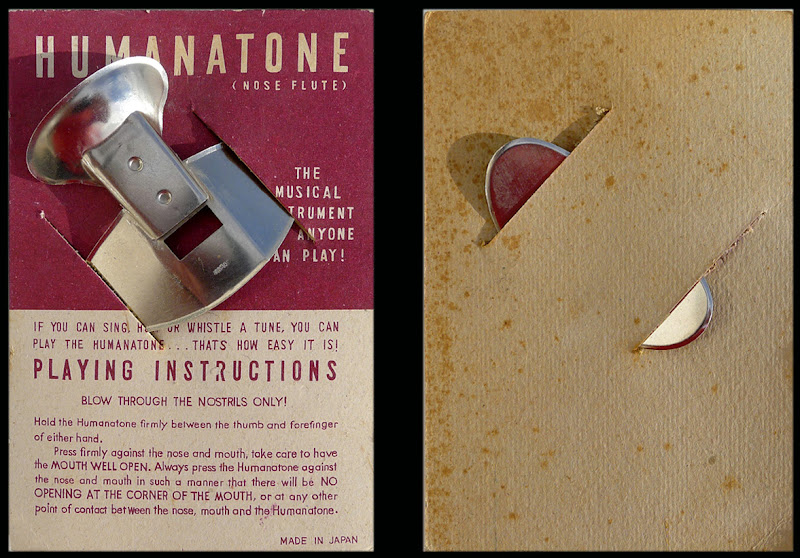 The instrument in itself is absolutely gorgeous. It is made of nickel or chrome plated tin. The way it was produced is interesting. Two plates had been stamped and cut, corresponding to the shield on one hand, and the nose cap and duct cover on the other. Then both pieces were soldered together, and nickel/chrome plated. What's interesting is the way the instrument is cut in 2 parts : with the antique nose flutes, the nose cap was part of the shield plate. Here, the nose cap is the continuation of the air duct cover. 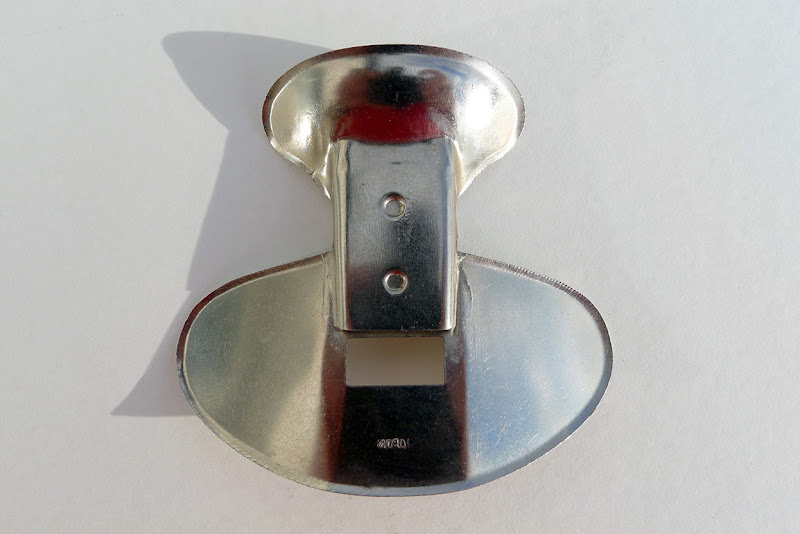 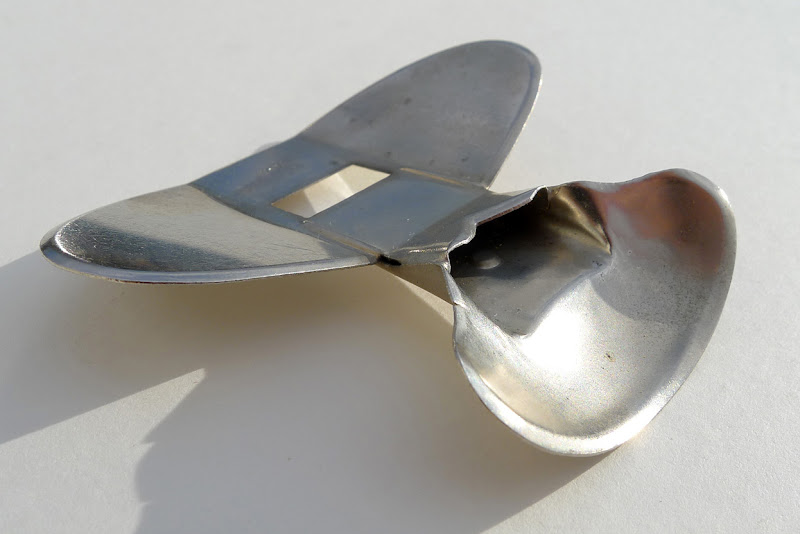 The japanese Humanatone is deprived of "true tremolo" hole, and has a shape lightly different from the plastic 50s model and, for sure, from the current plastic production by Trophy Music Co., notably by a smaller mouth hole. 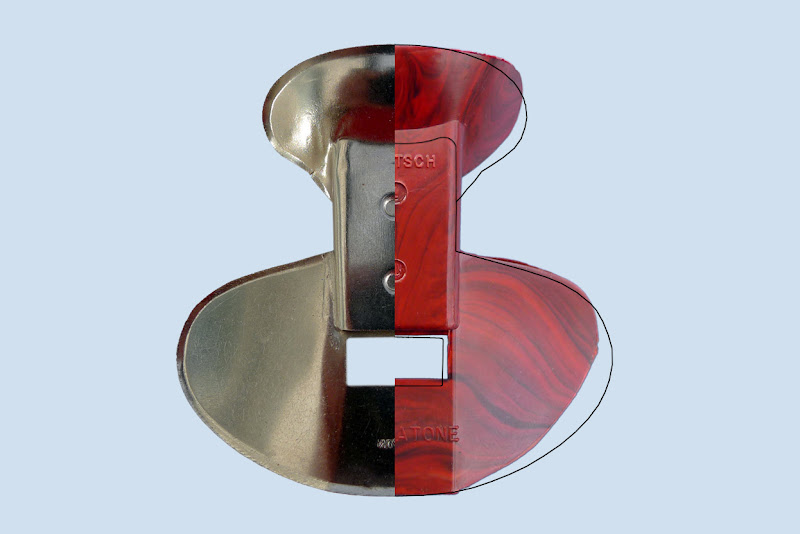 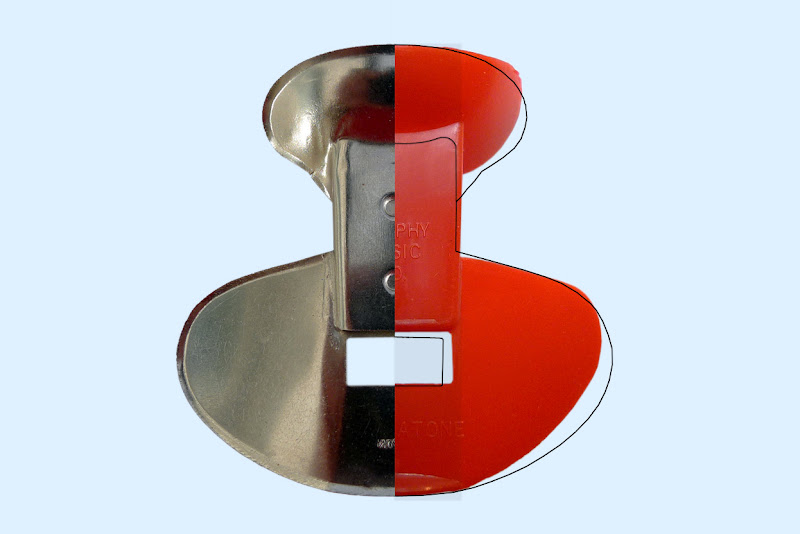 Our little friends love nose flutes. They are opposed to hand-free instruments, and surely prefer models with an elastic cord.

Miss Patafix! trying to get back her flute : 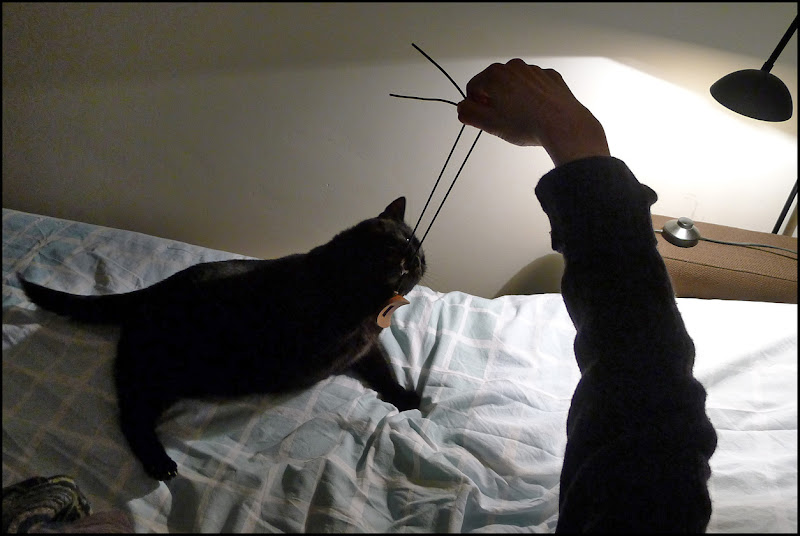 Mister Schubert watching over his instruments : 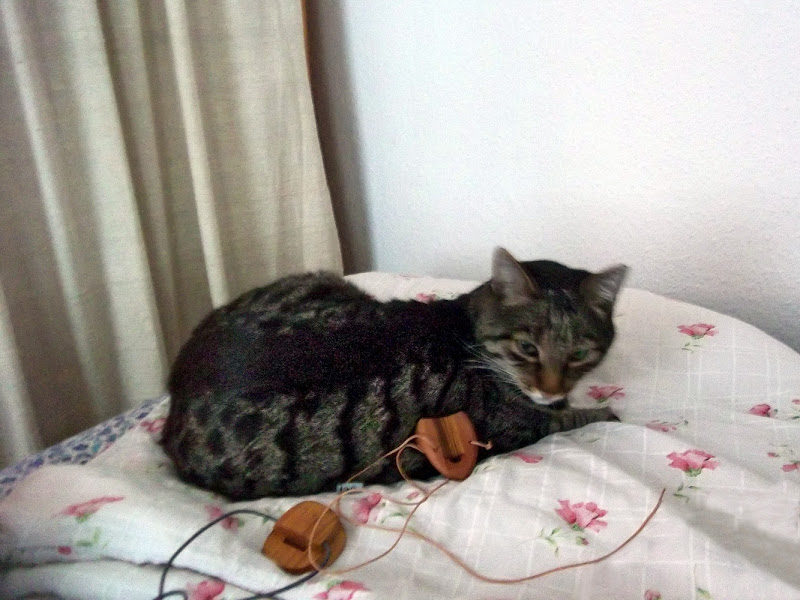 And mister Mingus, who never leaves its Nasenflöte : 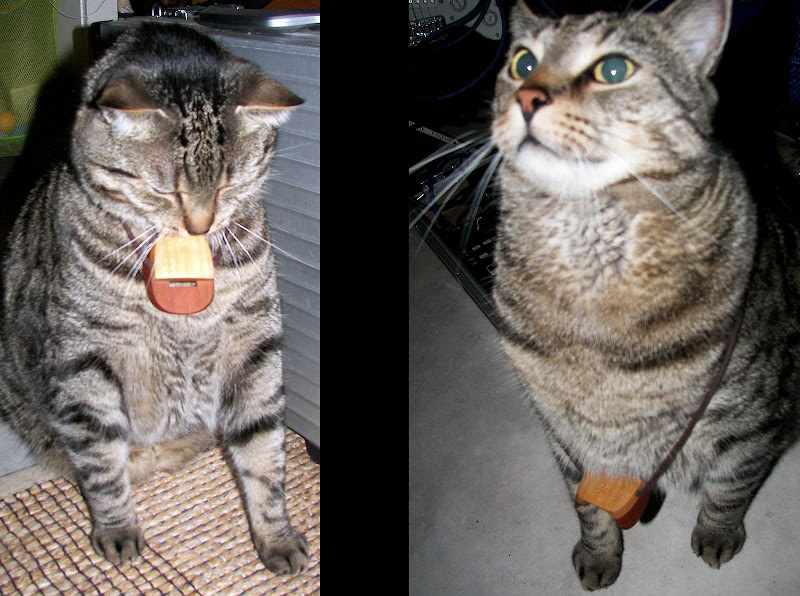 Noseflute.org & Feed the Diva! wish you a merry Christmas!

May you all have a merry Christmas!


Another new video by Feed the Diva! is here, as a Xmas gift!

Email ThisBlogThis!Share to TwitterShare to FacebookShare to Pinterest
Libellés : bands and musicians, videos 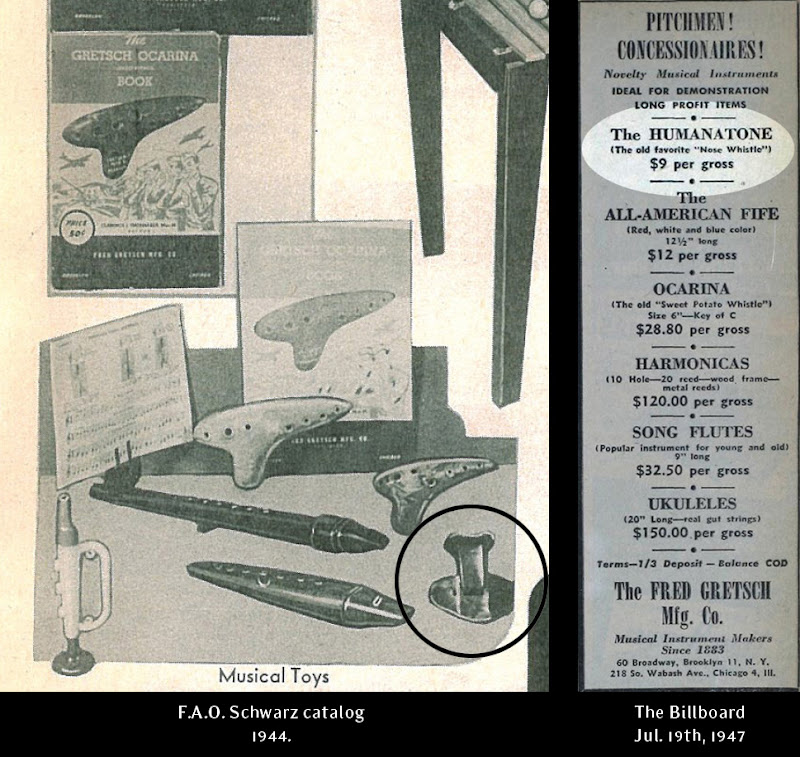 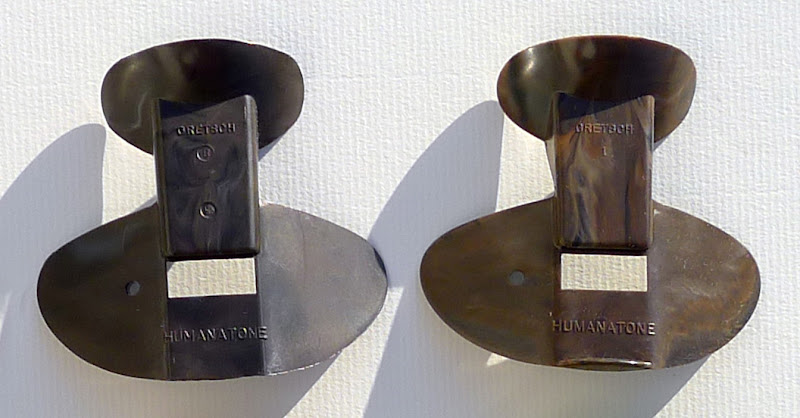 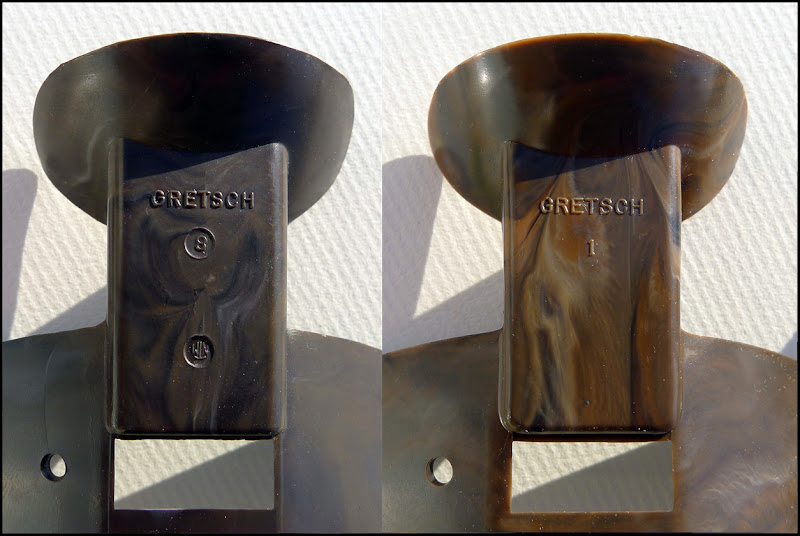 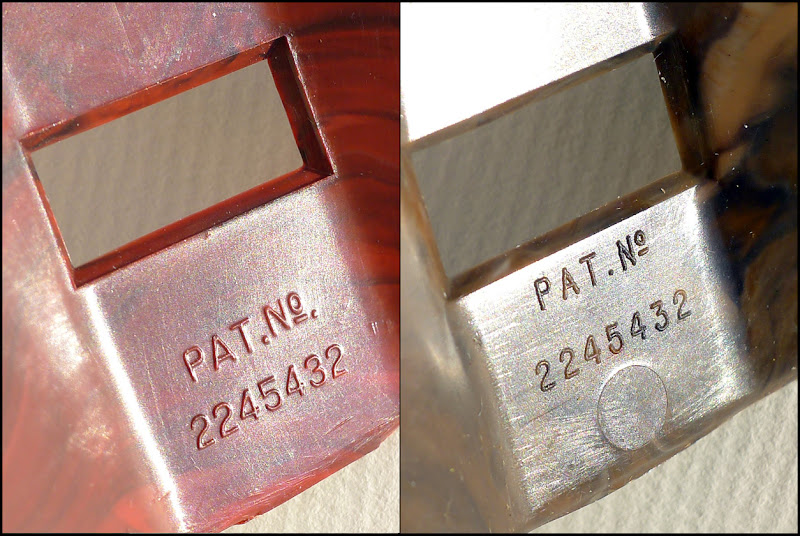 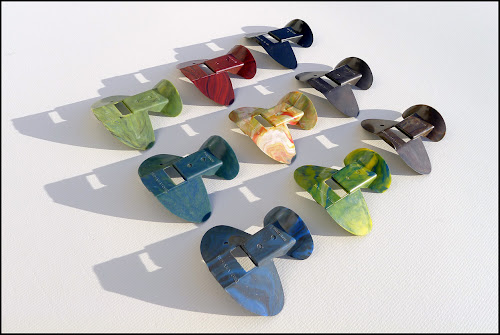 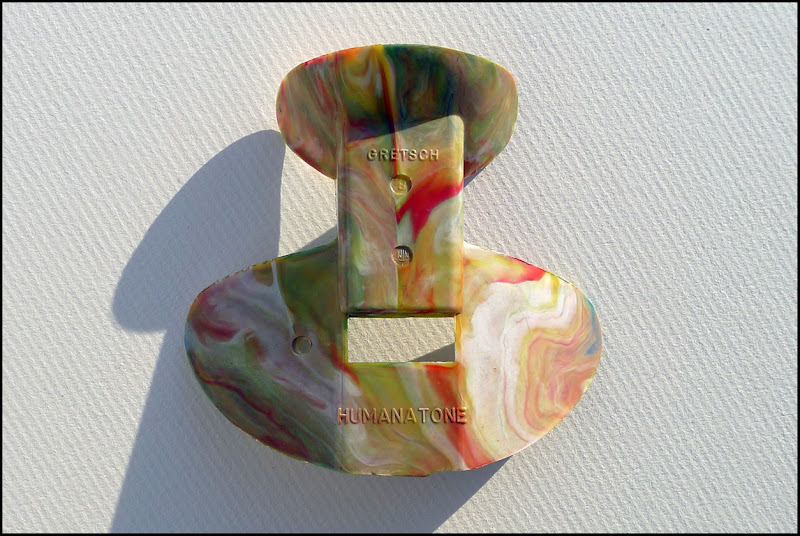 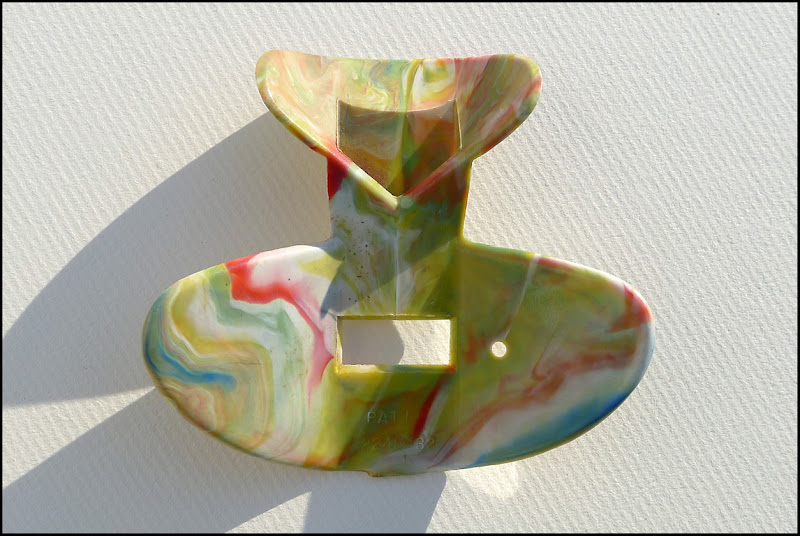 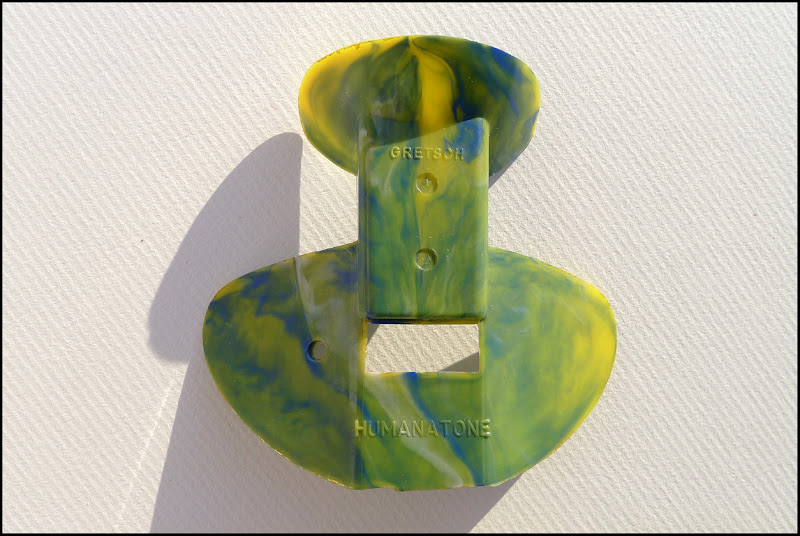 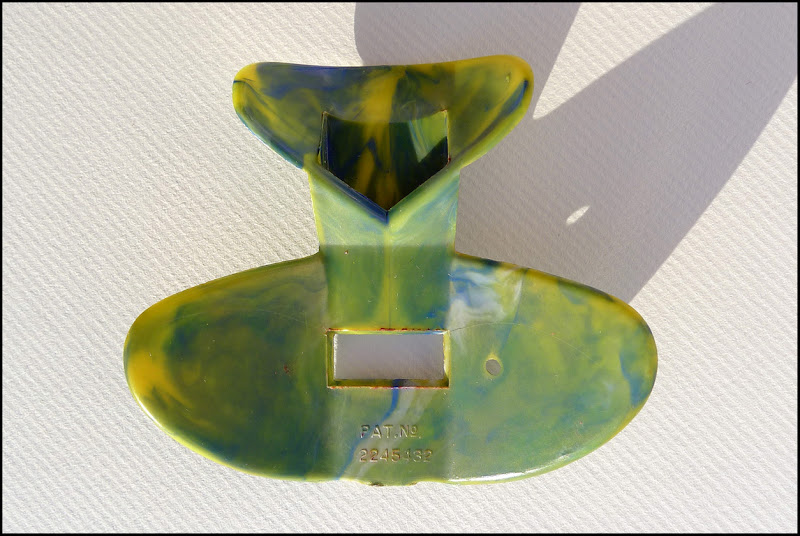 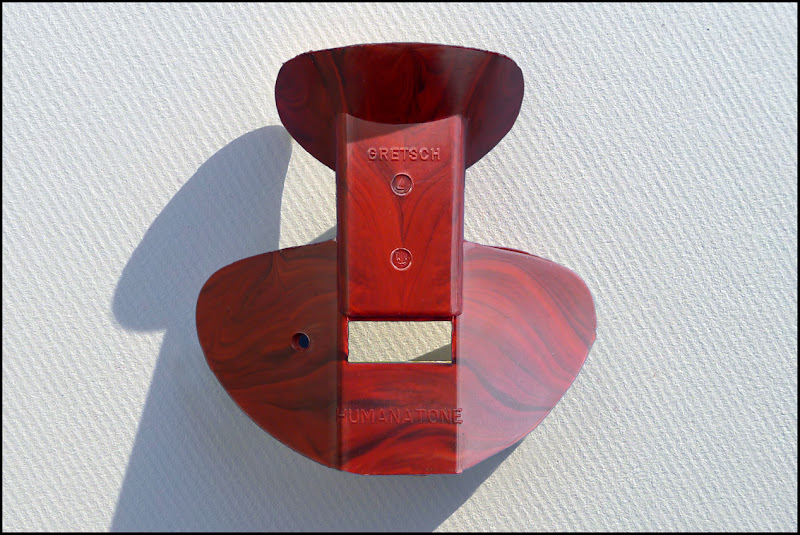 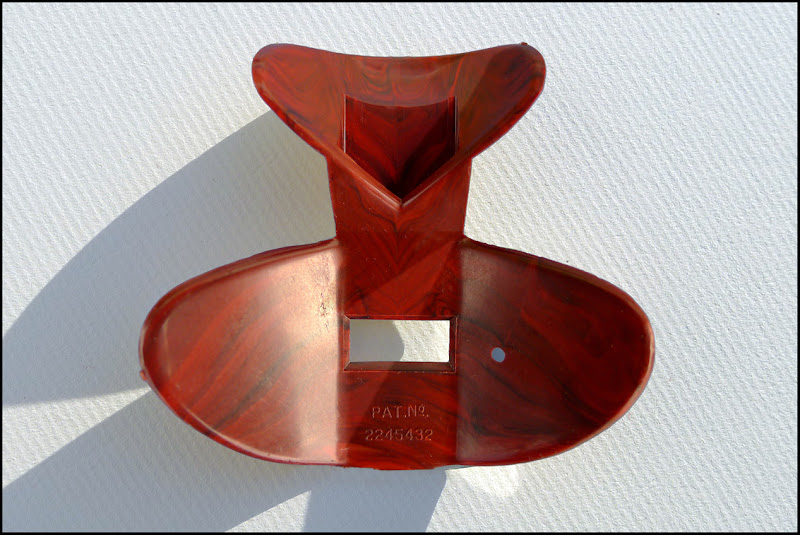 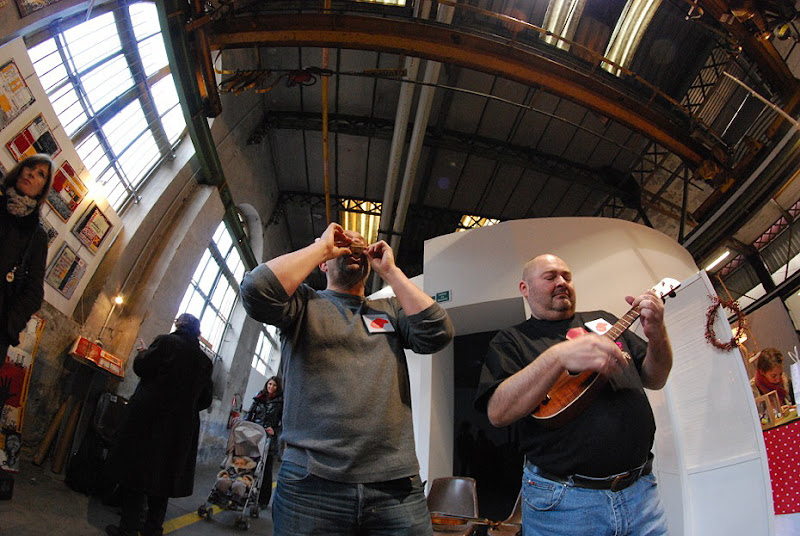 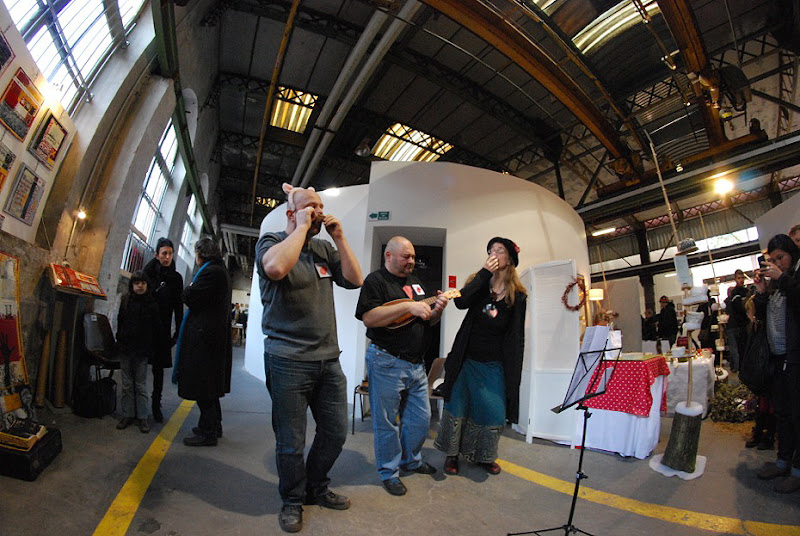 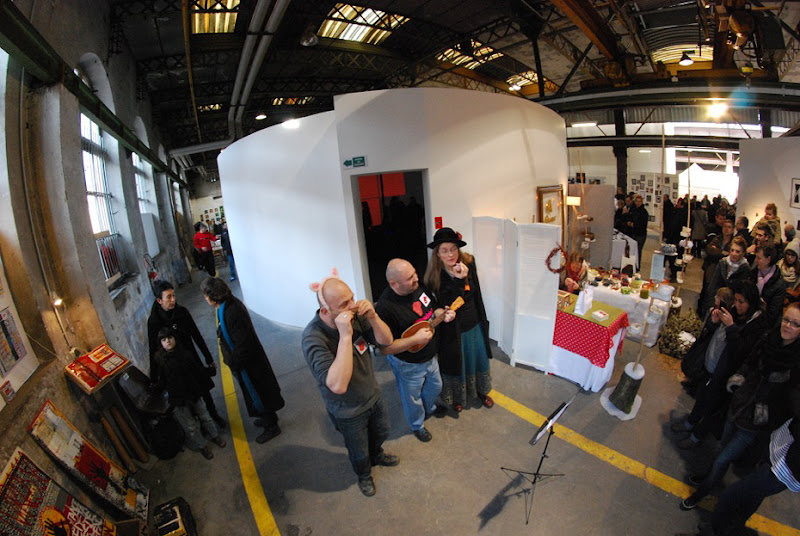 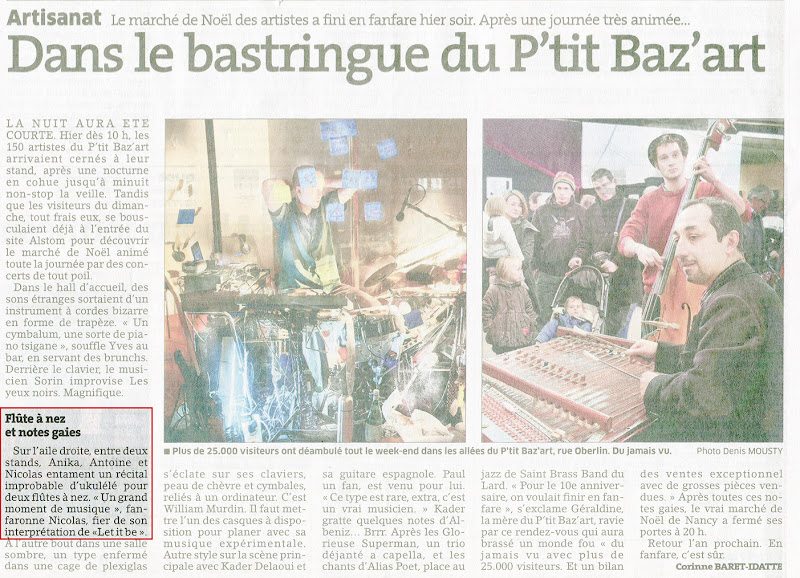 Joke : The Rider healed by a nose flute

What a surprise! I was looking for a camera user manual in a messy cupboard, when I found a antique german postcard (First World War) I collected probably 20 years ago. It shows a horse from which has got a Prussian officer off, in order to help what I suppose to be a wounded soldier. The card is printed with the 4th verses of a Wilhelm Hauff's lied named Reiters Morgenlied (the Rider's Morning lied), also called Morgenrot, Morgenrot. 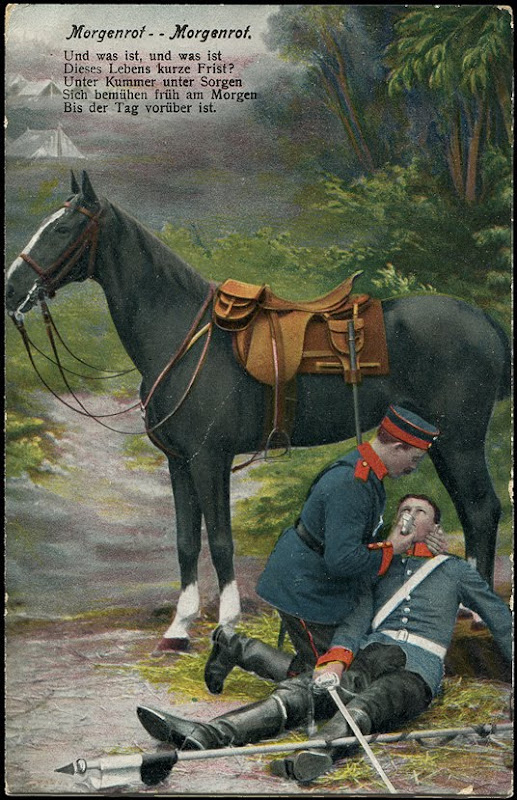 Obsessed by nose flutes and having a declining view, I immediately thought the officer was trying to heal the wounded soldier by applying a tin-plate Nasenflöte on his face.
Well... a magnifying scan shows I'm wrong, and the supposed nose flute was a metal glass of schnaps ! 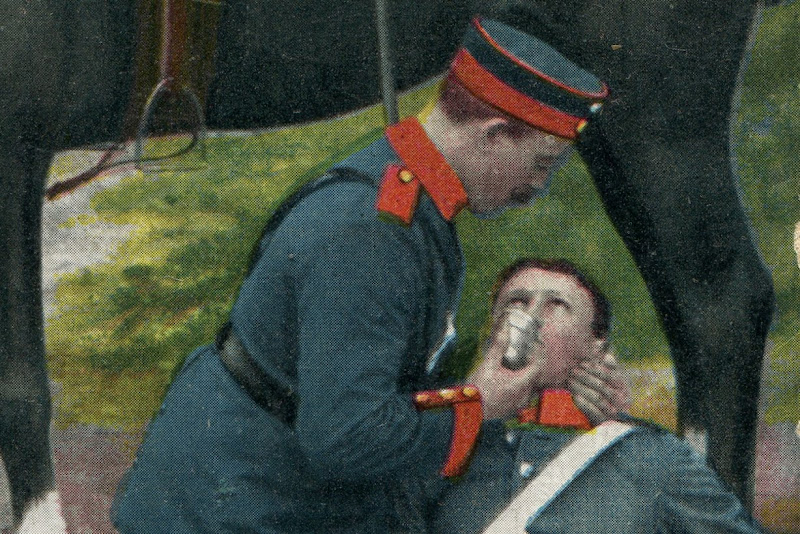 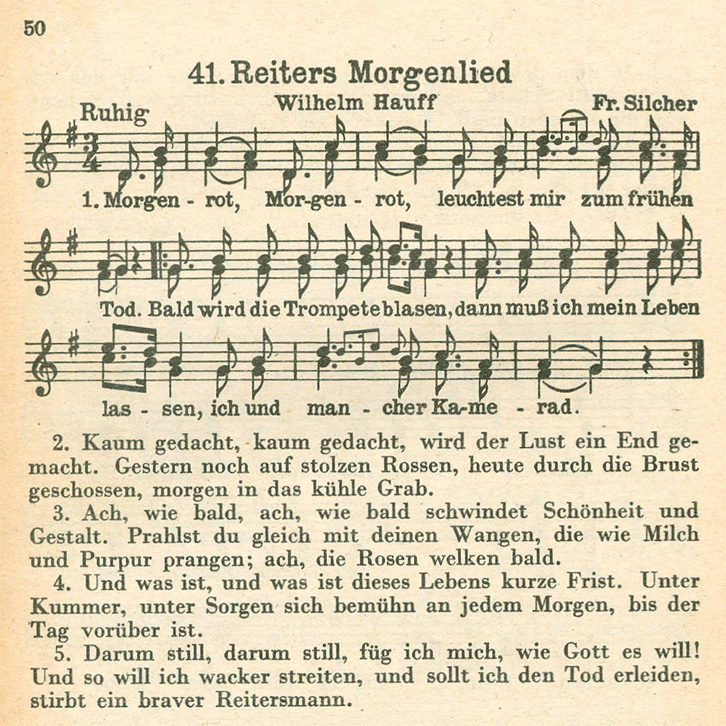 Played with a Bocarina™, by Floyd Blue, a german ukulele/banjolele player.

The Vociphone : an early Belgian patent 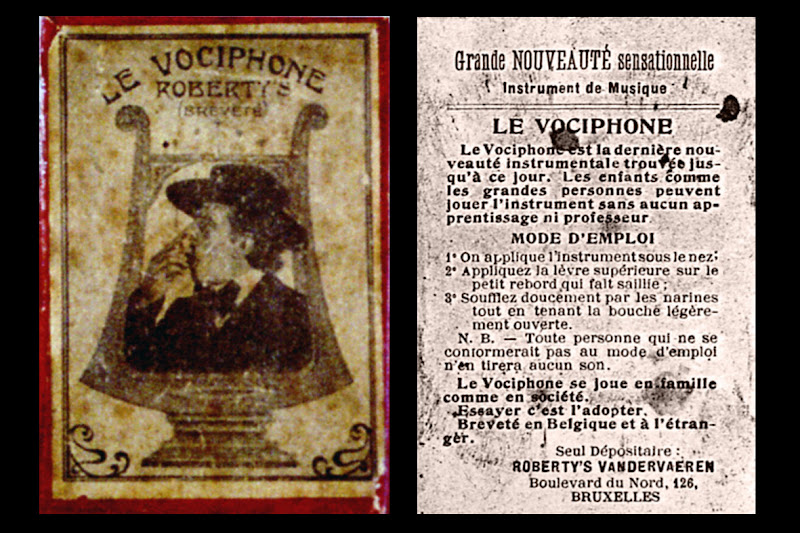 The Vociphone was packed in a cardboard box in the bottom of which was stuck the user manual, saying : « Le Vociphone est la dernière nouveauté instrumentale trouvée jusqu'à ce jour. Les enfants comme les grandes personnes peuvent jouer l'instrument sans aucun apprentissage ni professeur. » ("The Vociphone is the last musical novelty found until now. Children as adults can play the instrument without any learning or teacher"). And ending with « Le Vociphone se joue en famille comme en société. Essayer c'est l'adopter. » ("The Vociphone can be played in the family as in the society. To try it is to adopt it.")

In the patent documents, the description says : « Musical instrument novelty reproducing in a perfect manner the human voice, and called "Vociphone".» 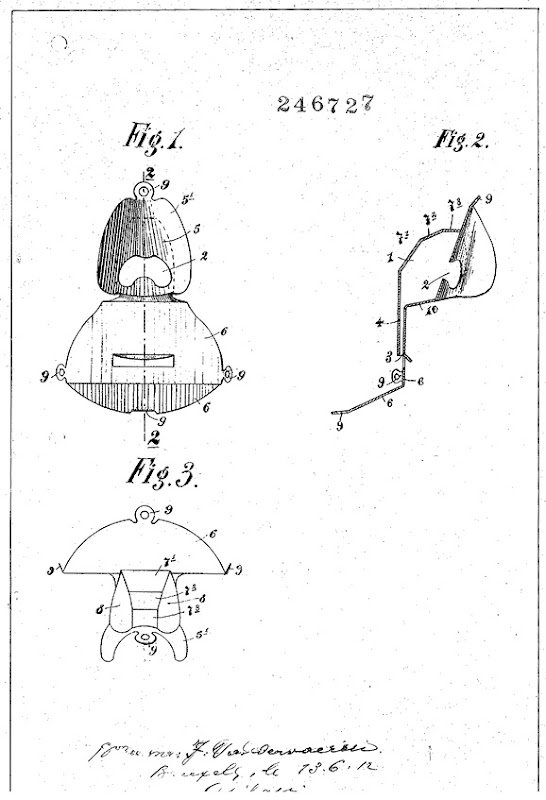 On the patent drawings, the Vociphone has the rather common shape of the nose flutes from this time, but features a angled air duct cap and 4 little eyelets (numbered "9") maybe used with a lace for hand-free playing, but unfortunately not yet documented in the patent (the one a the bottom of the mouth cape is particularly strangely positioned...) 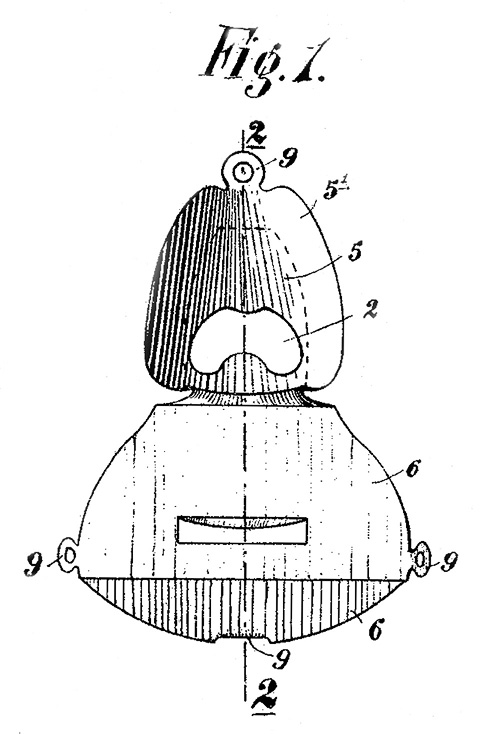 The Vociphone was planned to be built in "any appropriate material, tin plate, nickel, etc.". It was commercialized, but with a shape quite similar to the original metal Humanatone.