Many videos by Mister Swing on this blog, last days... But this one is so stunning, that it deserves a special mention. Hans Christian Klüver blasts many nose flute criteria here. Don't you think so ? 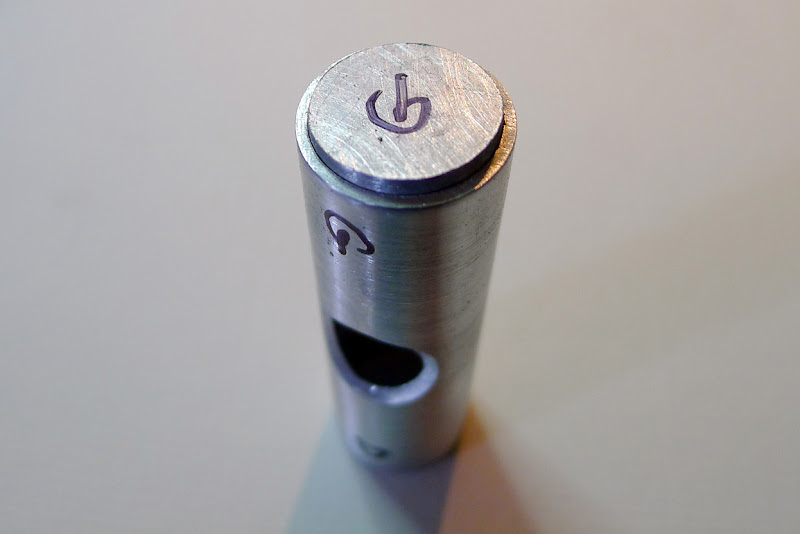 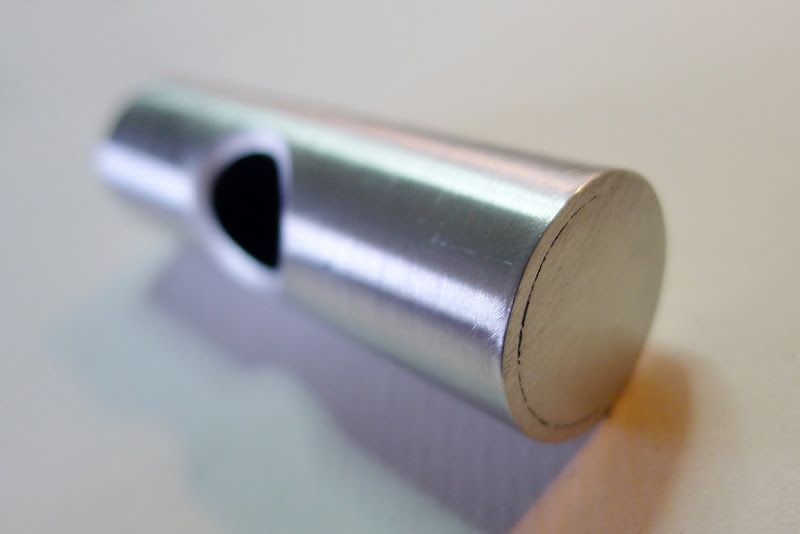 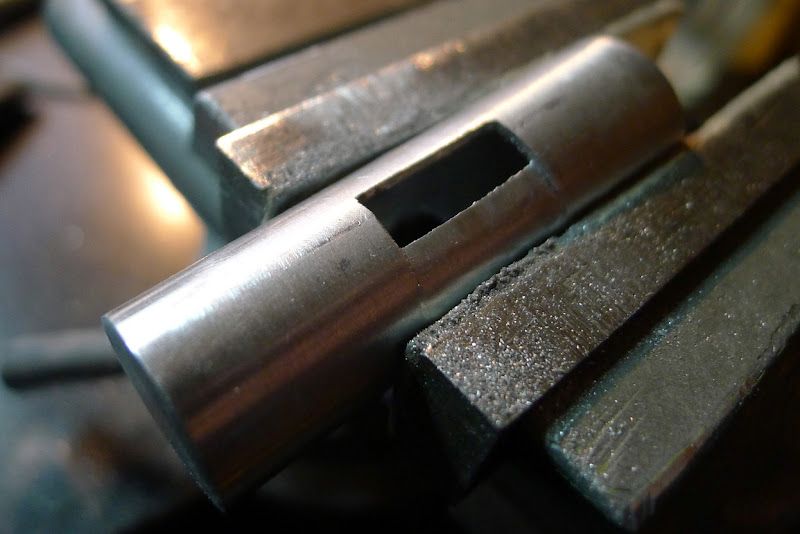 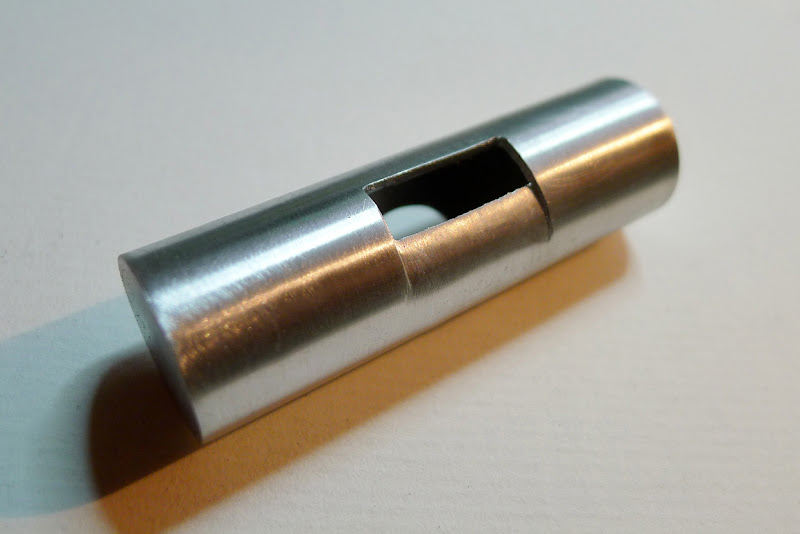 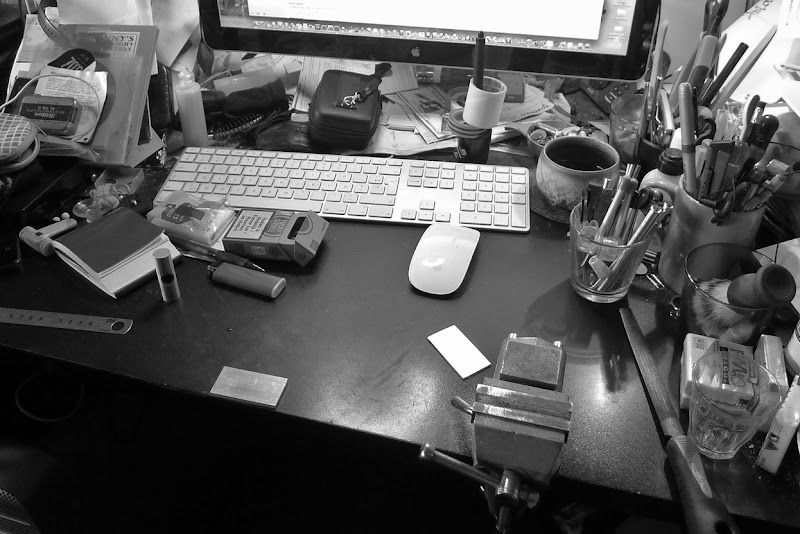 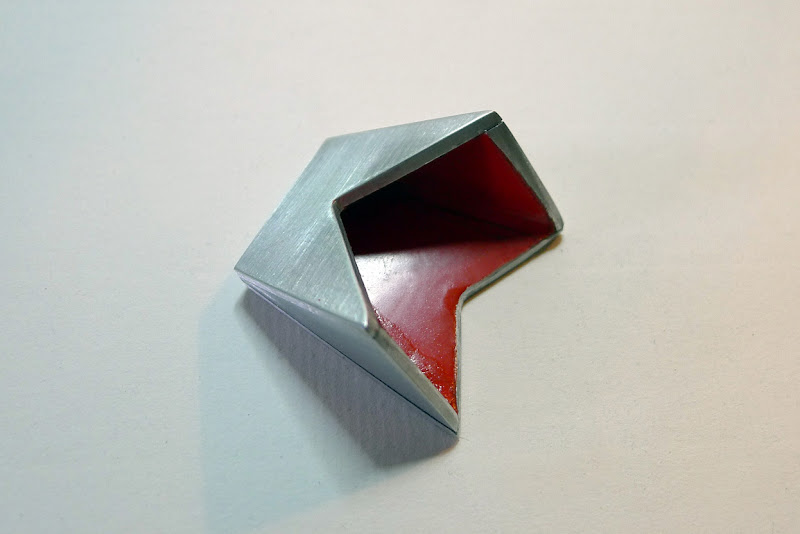 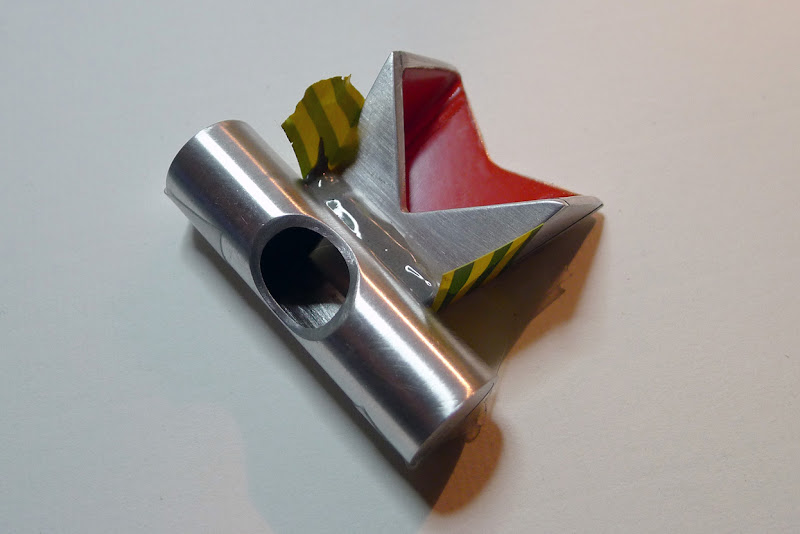 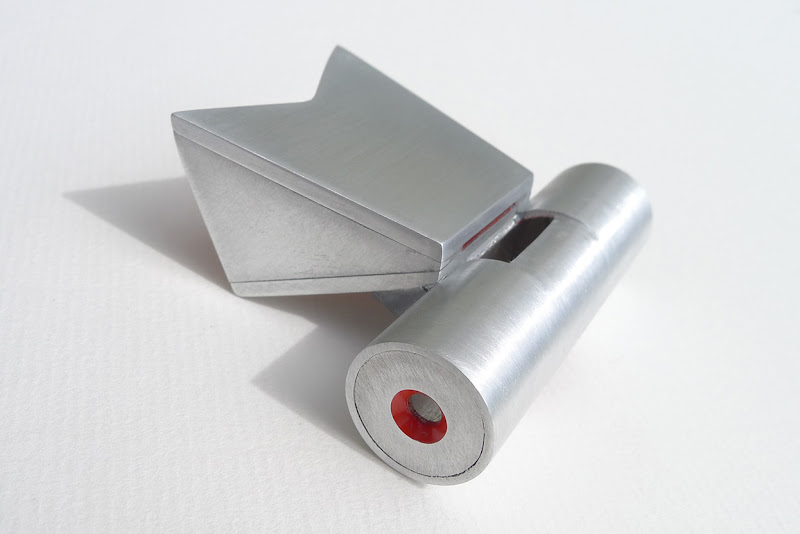 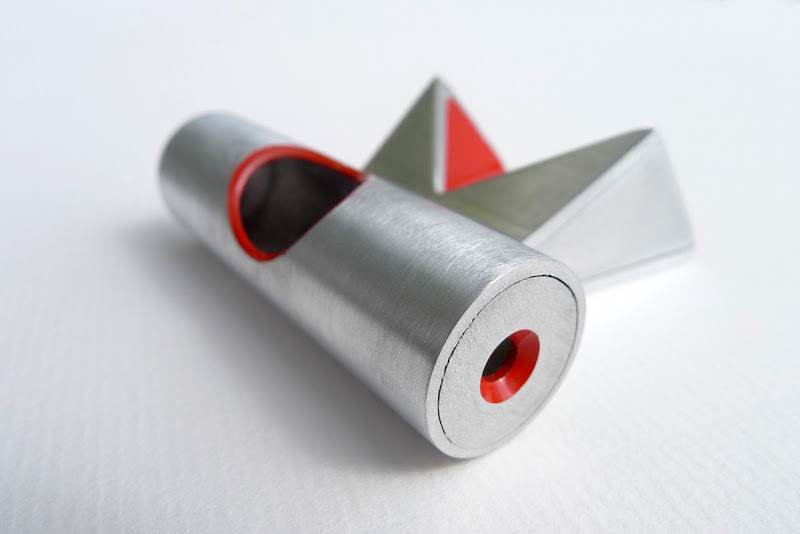 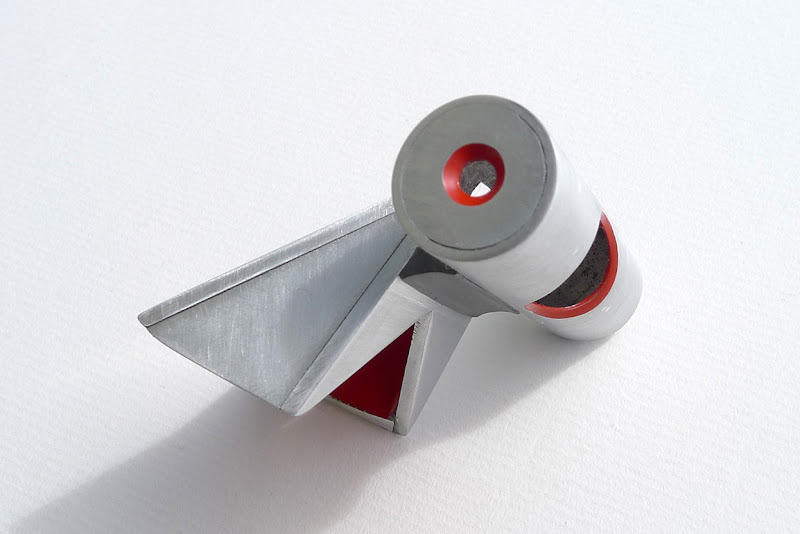 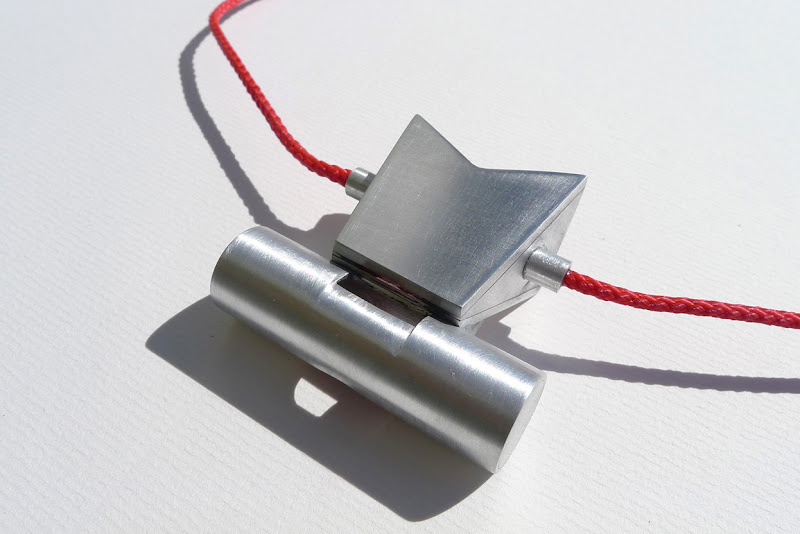 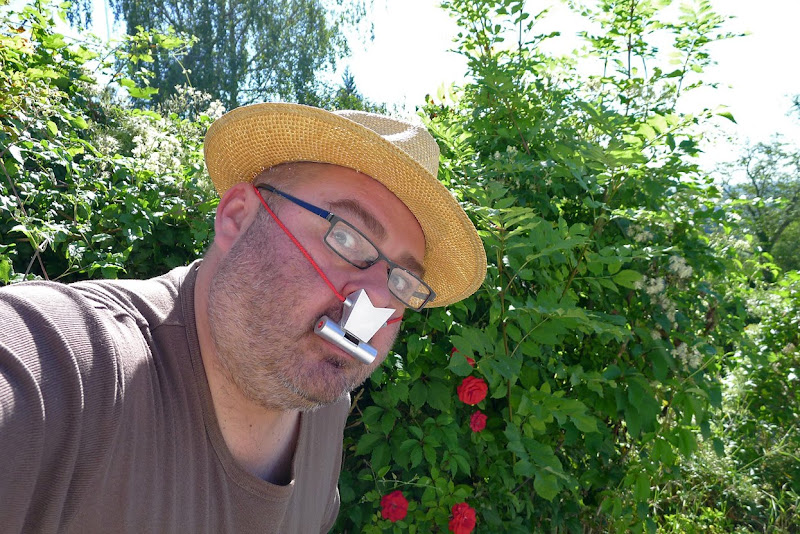 One more in my series of experiments with whistles. I got a pair of very crappy plastic samba whistles, and applied my old method : make a round hole in the belly. I also rounded the air entrance in order to get it smoother for my nostril. 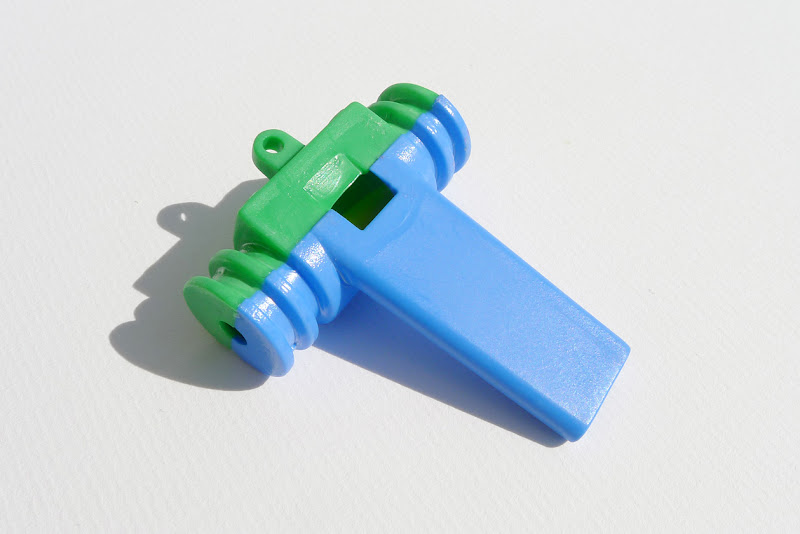 But what makes the particularity of a Samba whistle? the tone change holes. I decided to clog one with a drop of glue, and thus, got a "true tremolo" hole on the other side. 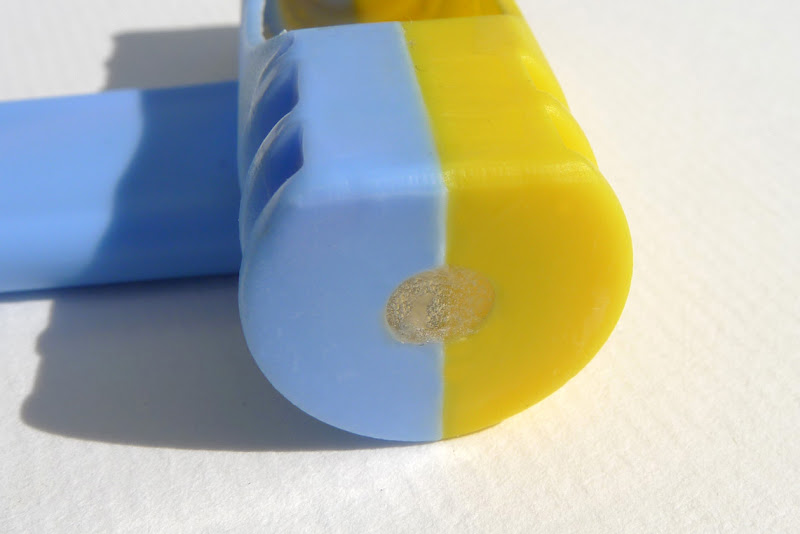 Indeed, it works fine. The sound is as crappy as the original plastic whistle was able to provide, but the trill works well, while acting on it with a finger, with rather the same alteration, whatever the note, sharp of medium :

Email ThisBlogThis!Share to TwitterShare to FacebookShare to Pinterest
Libellés : Fix and build, France, home made, plastics, vibrato and tremolo

Two articles with picture, depicting a "new instrument" invented by a US soldier stationed in the Philippines, Walter C. Chambers. The first one was published in the Fort Wayne Journal Gazette on December 26, 1920, and the second in the Muscatine Journal and News tribune, on February 7, 1921. 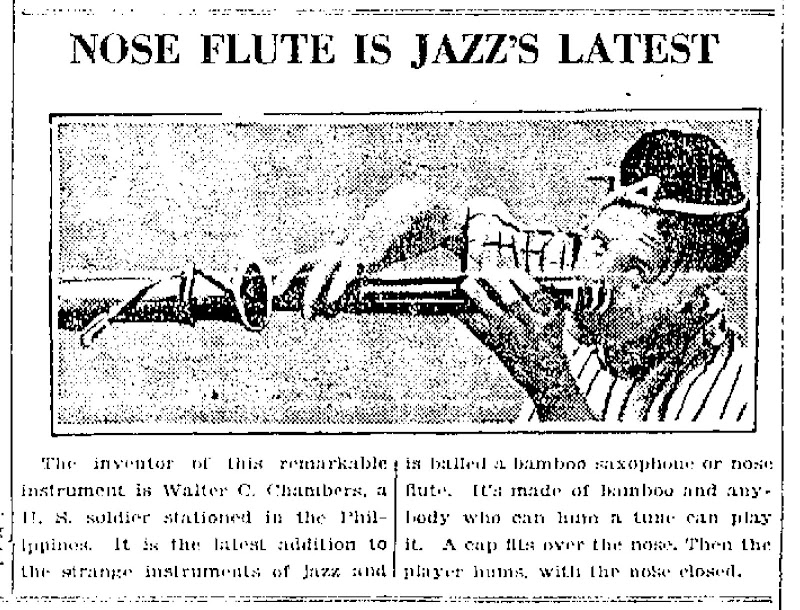 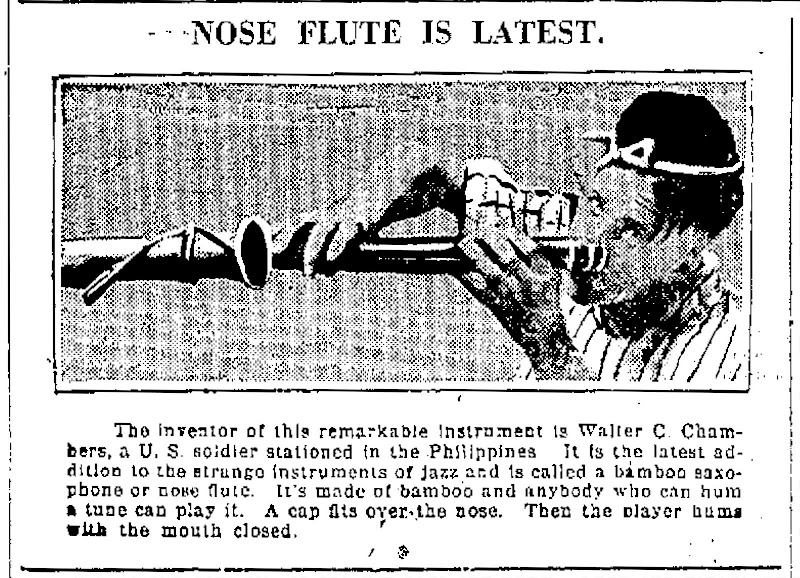 Both look very similar... The titles are a bit different, one refering to Jazz, but the main difference lays elsewhere. The penultimate word is not the same, and according to it, changes the whole legitimacy for posting this in this blog.
We like to think the second version "mouth closed" is the right one, explaining the choice of the title for those papers. But in this case, what would be the use of the nasal blowing, since there is no fipple or reed ? The truth is however probably that the "nose cap" helps pinching the nose, and thus provides a nasalized sound when huming a tune.