It is sometimes pretty annoying to carry a nose flute in your pocket, particularly if you wear an elegant suit and don't want to get your pockets deformed. You would need a flat nose flute! Here is one, which is so simple to make that it could have been named the Poor Man's Nose Flute. Well, I chose to call it, contrarywise, the Wallet Instant Nose Flute.

I took a piece of soft plastic coming from a ring binder cover, and cut 2 parts: a circular one and a trapezoid one. Then, I made a rectangular cut in the round piece, and made a bevel on its lower edge, as a fipple.

Here is the template of the 2 pieces I cut: 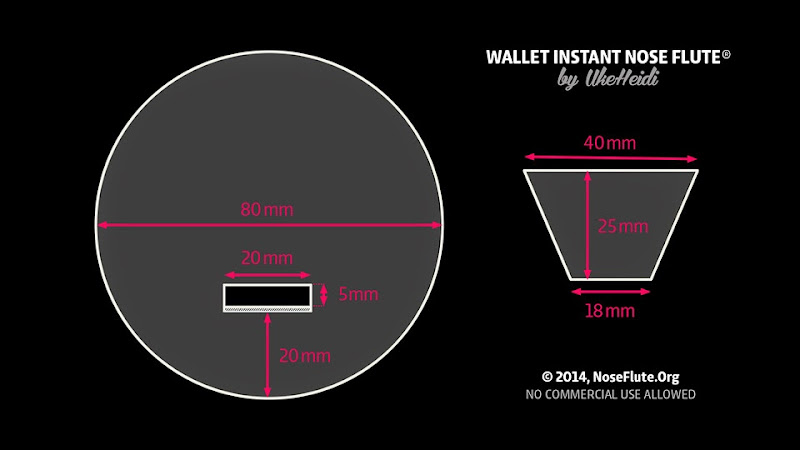 So, I got two plastic parts and... and that's all. No glue, no adhesive tape, nothing, and the Wallet Instant Nose Flute is ready! You don't believe me? Just watch the video below. 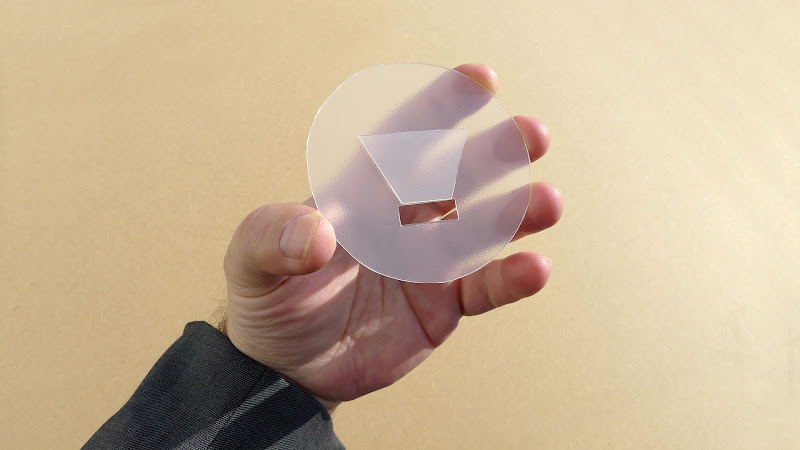 You just have to place the smallest part (the back side of the airway) over the circular piece and, holding the ensemble like on the picture above, put your nose at the right place. There is a little knack to get not to move the small piece away from the fipple, but when you have gotten it, every attempt is a success.

Well, I deliberately chose a translucent plastic because I'm a freak, but you're not obliged to show off your nostrils like I do :) 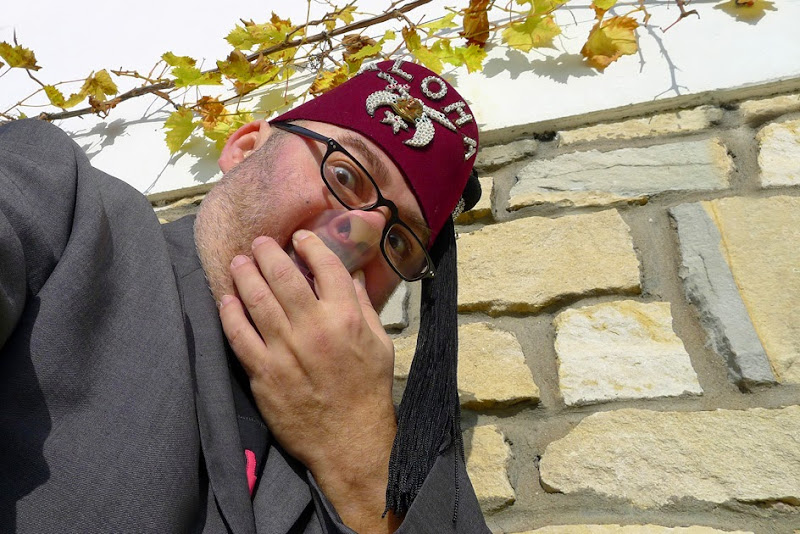 And now, the video, for your greatest pleasure:

Another vintage Humanatone with box

I recently found another old Humanatone with its box. It's a tin model, Style O (one day, I would like to know what correspond those styles 0, 20 and 30 to...). It was provided with its original box, rather crumbled with one missing flap. Since the glued flap was... unglued, it was easy for me to moisten the cardboard a bit, iron it, then reglue the flap. 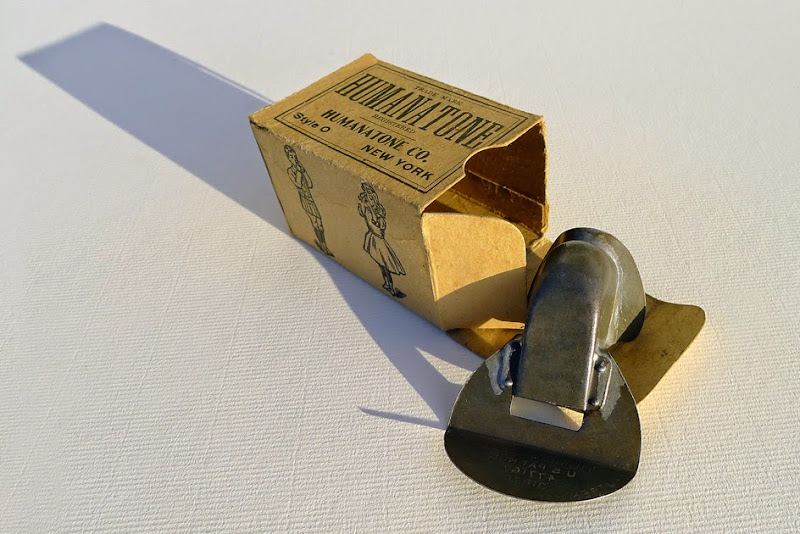 The box is printed on the four main sides, but nothing appears on the opening ones. It is printed in black on a natural (not colored) cardboard: 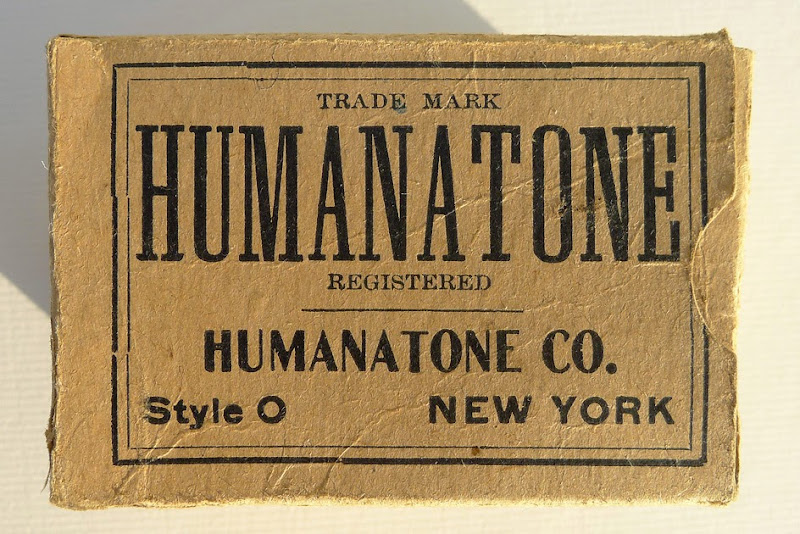 The printing is very similar to the red box I already own: the opening sides differ, being printed there with a "Open on this end" advice. The texts are the same, the fonts are different. Also, the "concert" illustration has been inserted between the children on the red version, with an addition of "Made in USA" at the bottom.
The cardboard cutting is different (the small flaps are rounded on the beige one), and the glued flap was manually cut (irregular cut). Another difference is obviously the fact that the red box is negative-printed (it is the background which is inked, the scriptures being let unprinted). 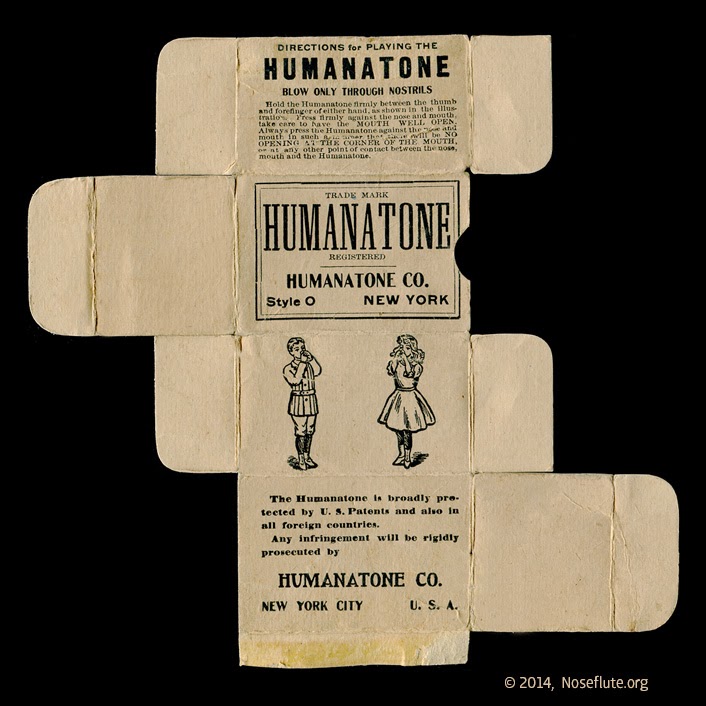 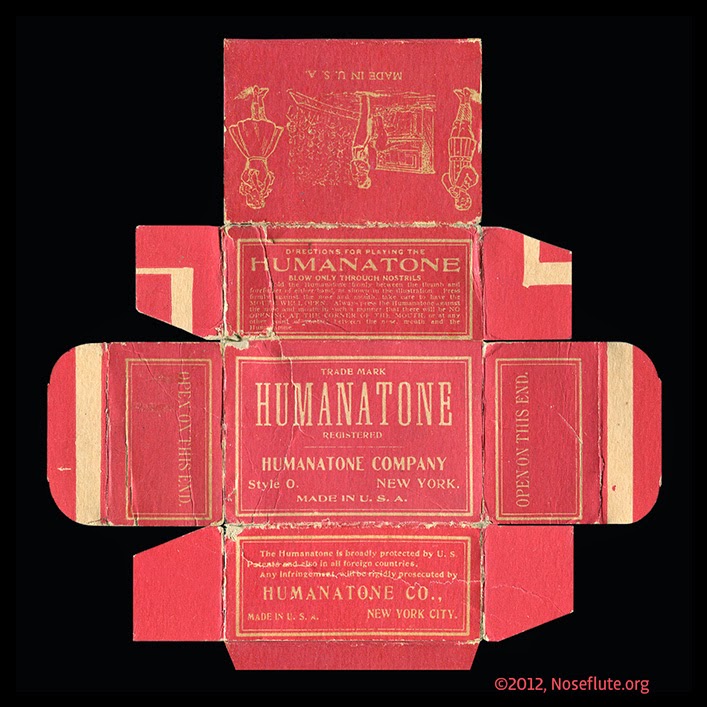 All in all, simpler in the printings and in the text, the beige box is undoubtedly older than the red one.

The nose flute itself is very typical, in good condition, with visible solderings and clear but rather soft stampings. 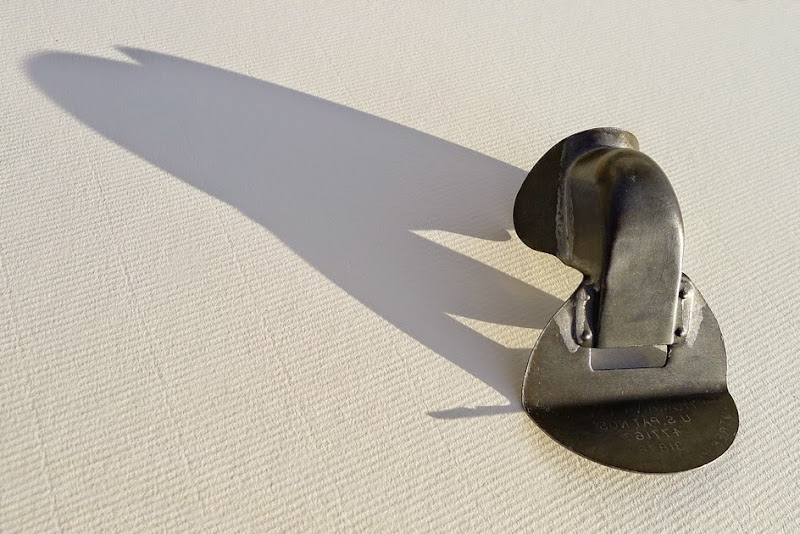 On the back, above the lip rest, and also inside the air collector, there are still some remnants of a chrome plating. So, the "style O" didn't designate a non-plated flute... Was the "style" only dedicated to the packaging quality? (check a Style 20 box here) 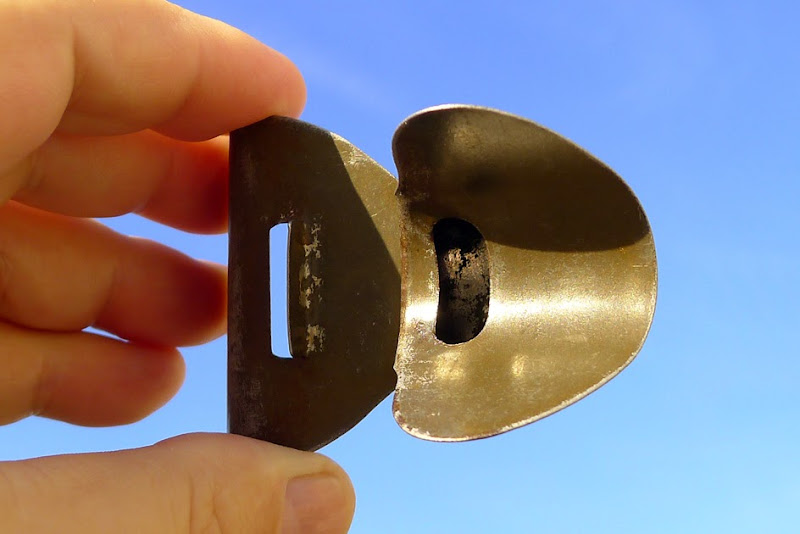 The lateral flaps are of the "bolster" type. And this causes me to revise the previous opinion I exposed there: the boldster type should be posterior to the "ice cream stick" type (but yet prior the "pear shape"). 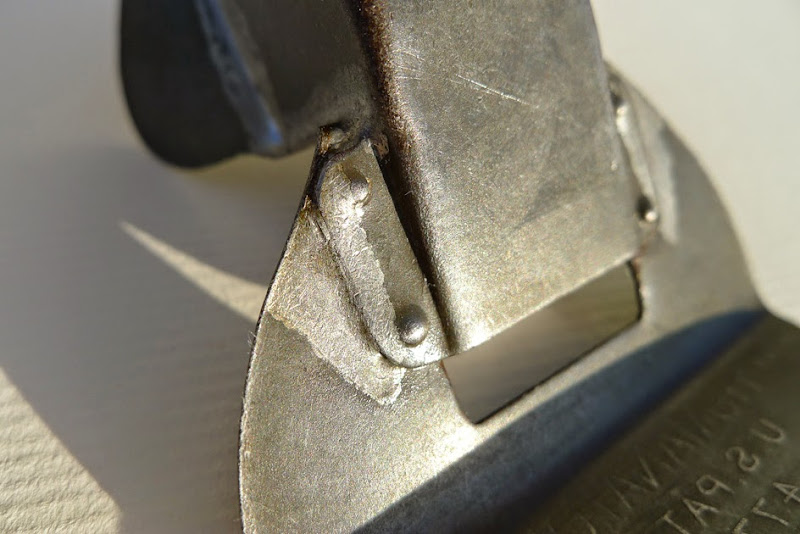 I am not able to date with precision this version of the Humanatone of the Stivers era, but I guess it should have been issued between the early 1910's and the early 1920's. A nice find, anyway! 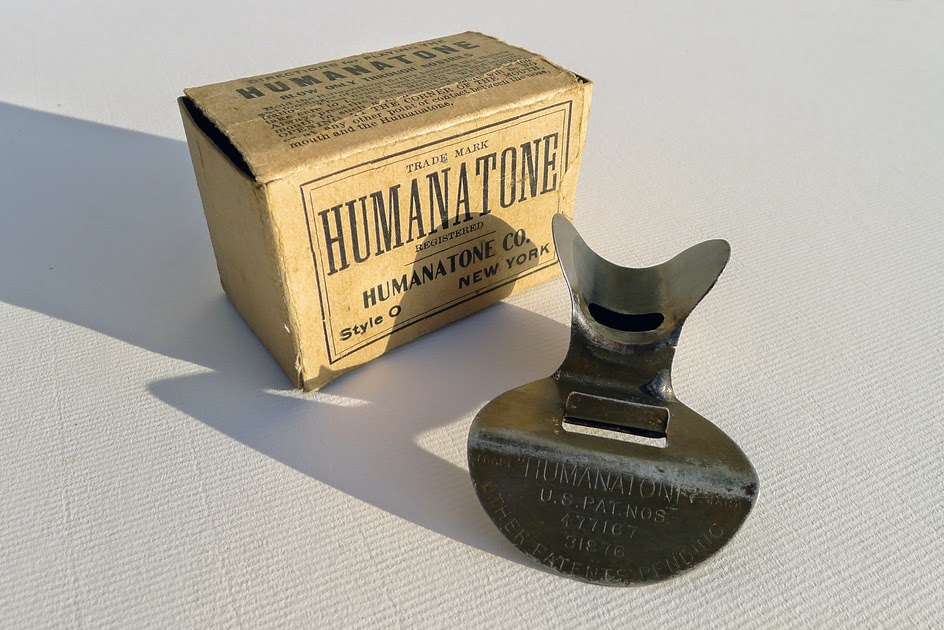