Badinerie and Summertime by the Nosy Diva 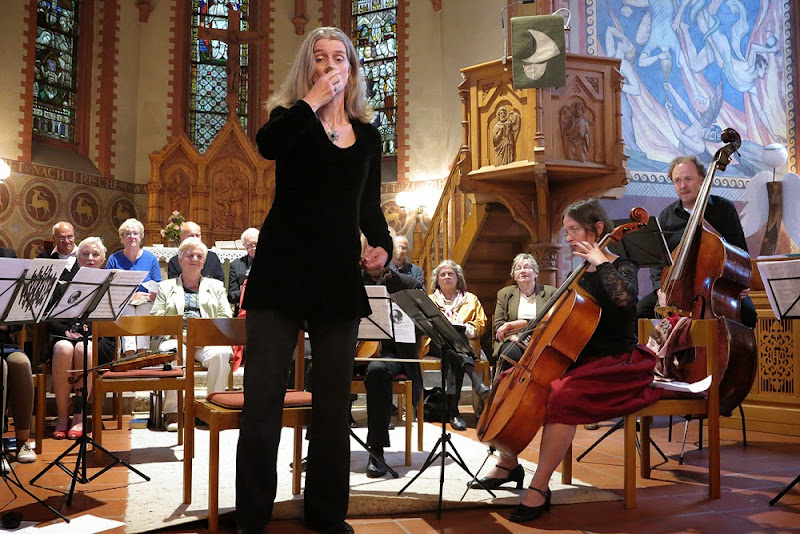 Two new short videos by The Incomparable Nosy Diva, who performed at Michaeliskirche in Hannover (Germany) for the concert Sommer in Michaelis, with the Instrumental ensemble Ricklinger Kantorei directed by Mr. Roland Baumgarte. After having performed as a viola player in the Vivaldi program, the Diva offered the public two pieces at the nose flute: Summertime (G. Gerschwin), with the musical ensemble, and Badinerie (J.-S. Bach), as a duet with Raissa at the cello. Great show!

Thanks to Claudio Valente, a musician and whistle collector from the Venetia region of Italy, I got aware of the existence of a 1989 book published in English, German, Italian and French. It is called Paper Music, Papier Musik or Musique en Papier, and written by Howard Harrison (Collins for UK, Tessloff for Germany, Paoline for Italy and Gallimard for France, first published in 1987). It proposes to build 10 cardboard musical instruments among which two nose flutes. 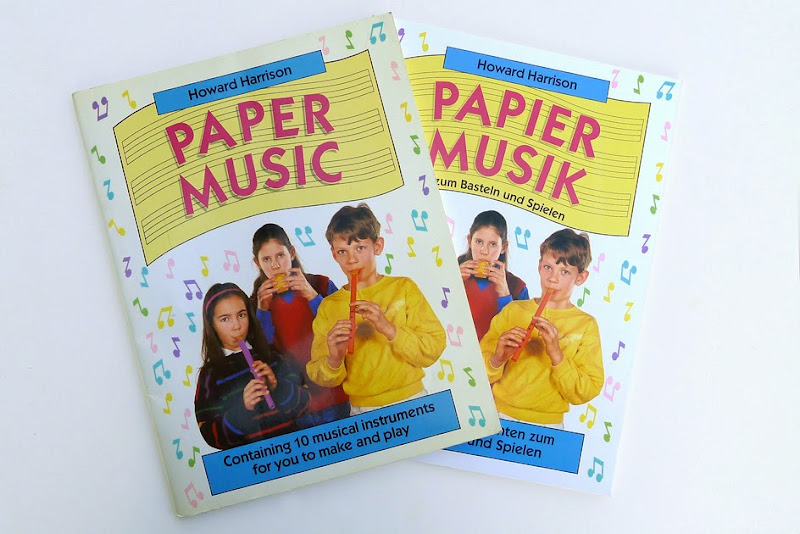 The book contains regular paper pages with history, instructions and melodies, plus precut and printed strong cardboard pages. The deal is simple : press the shapes to get them cut, glue them together following the instructions, and play! For sure, I decided to build one, green top and red shield (the other is blue and pink, but you can mix them differently (green/pink and blue/red) 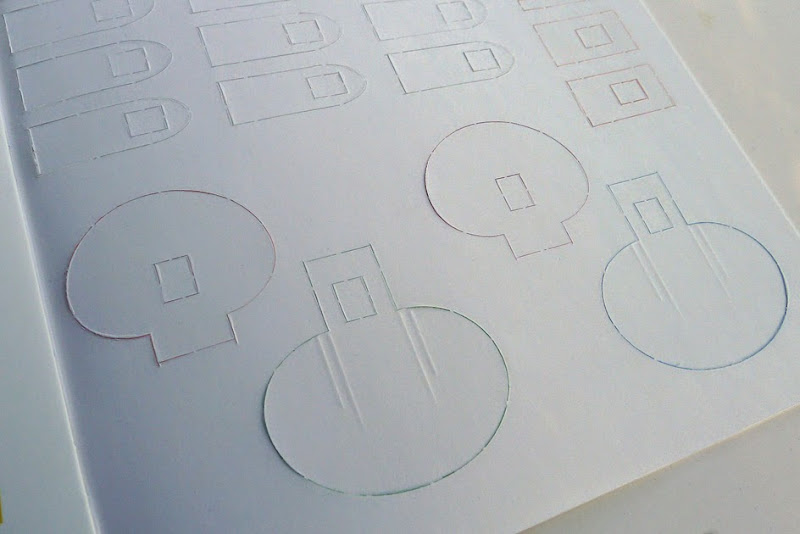 The system invented by Howard Harrison is clever : a rounded nose hood, a rounded mouth shield, and between them, a stack of 7 rectangles, precut in a different way in order to build the whistling part. Thus, the labium is made of one cardboard blade (the middle one), proeminent in the mouth hole. The cuts of the other pieces are designed in order to provide a little air windway. 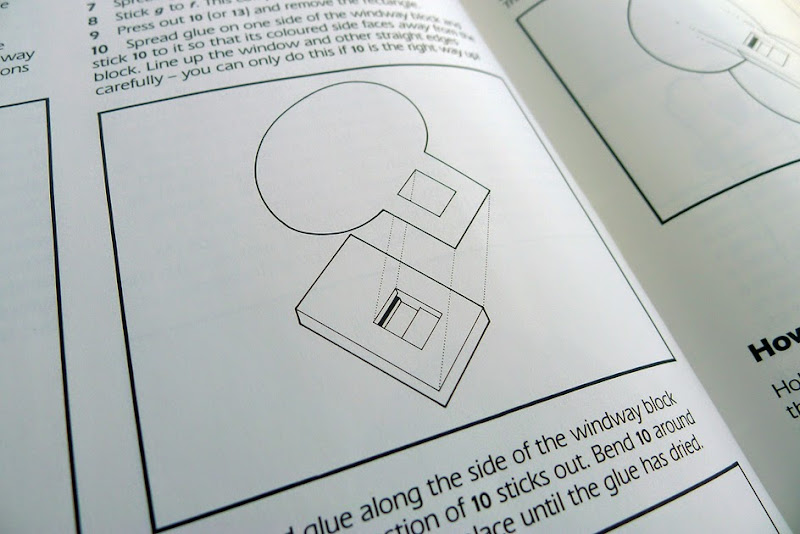 I first prepared the pieces, with the help of a scalpel to get the most clean cut possible. Then I glued the stack, easy task.

I shaped the nose hood helped by the prefolded embossed lines, and glue it onto the stack. Tip : you'd better use superglue for that task, because there is some tension in the cardboard, due to the 3D shaping.

And finally, I shaped and glued the mouth shield.

I immediately chose to spray a coat of varnish, in order to protect the flute and get it more rigid (including the fipple). The result is very elegant! 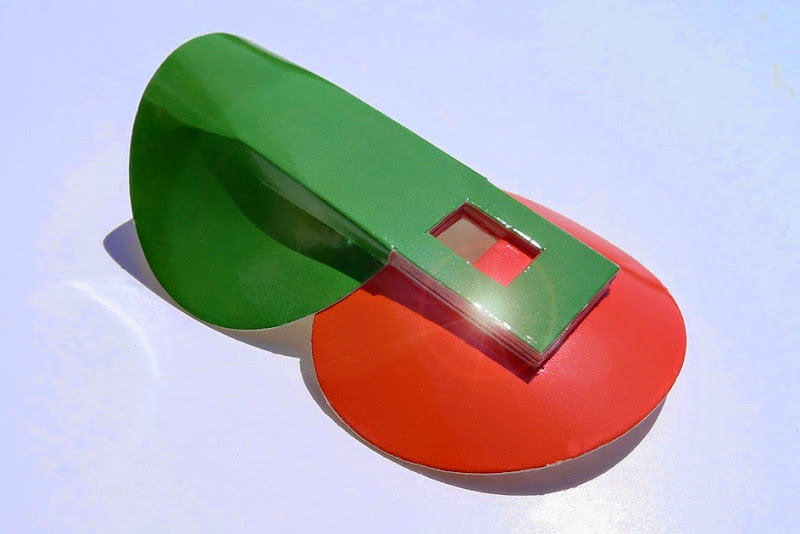 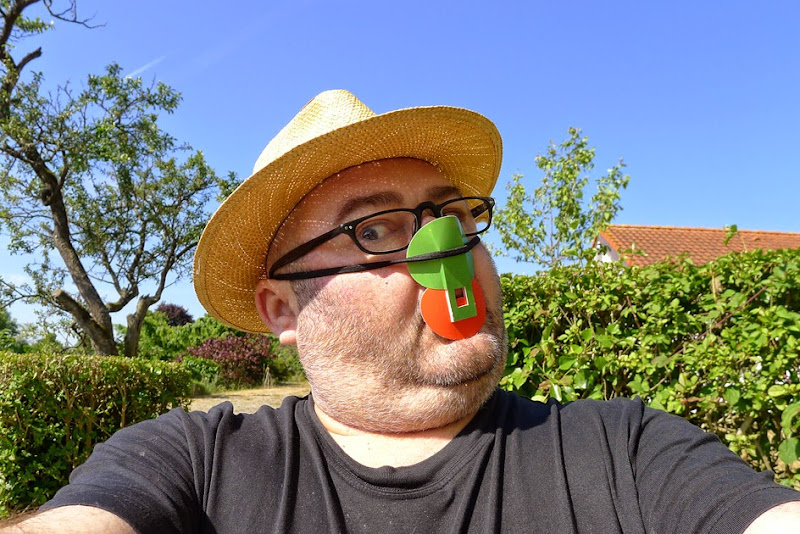 The playability is correct, according you have opened a bit more the air entrance on the whistle stack, and that you seriously pinch the nose hood in order to lessen the air leaks. And the sound is very decent! Yet soft, but a nice woody colour

The great UkeVal / LuthVal made one too, and did this cool video:


The book Paper Music seems to be out of stock in English, French and Italian, but I found my english sample on Amazon, used (but complete) for €2.99.
The german version, Papier Musik, is still available new at Dan Moi, for €18.50. You can get it here : http://www.danmoi.com/musical-instruments-papercraft.html

Don Luis and his two hobbies

As the World Juggling Day coincides with the International Nose Flute Day (June 14), our friend and nose flute amateur from Mexico Don Luis has decided to produce a short video in which he combines the two hobbies! Saturated sound, but funny!