Apr. 30, 1923, Mr. Alexander Roxburgh Grierson, « a British subject, of Craig Royston, Castle Douglas, Scotland » filed his invention regarding « Improvements in Whistles ». As you have already intuited it, it was a nose flute. The patent is registered May 1, 1924, under number GB 214,832. The flute has an unusual shape, with a kind of hollow front, so I decided to try to build a replica. 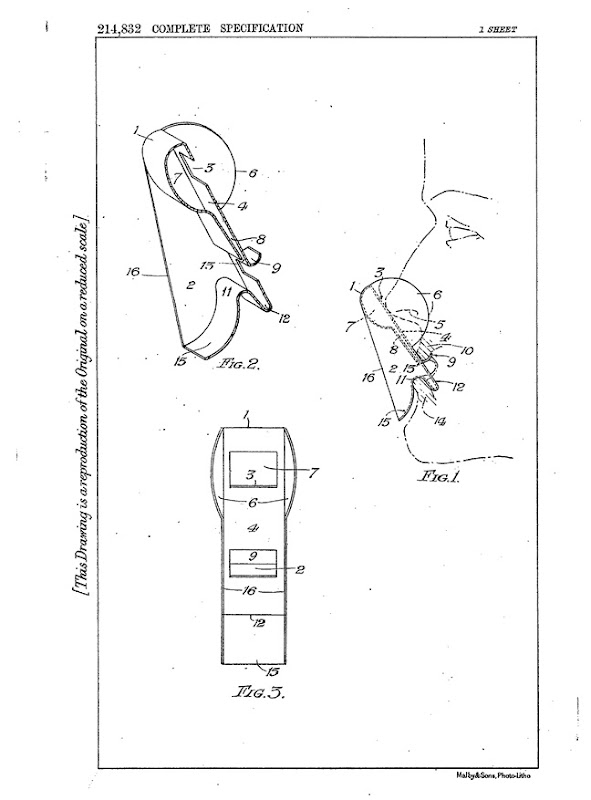 First step was to get an idea of the global dimensions. It was rather easy: I measured the distance between the tip of my nose (which should bizarrely fit the middle of the air entrance - see the green arrows below) and my upper lip while opening th mouth. I got more or less 4 centimeters. And thus, the nose flute should be around 9 cm tall... a huge piece! 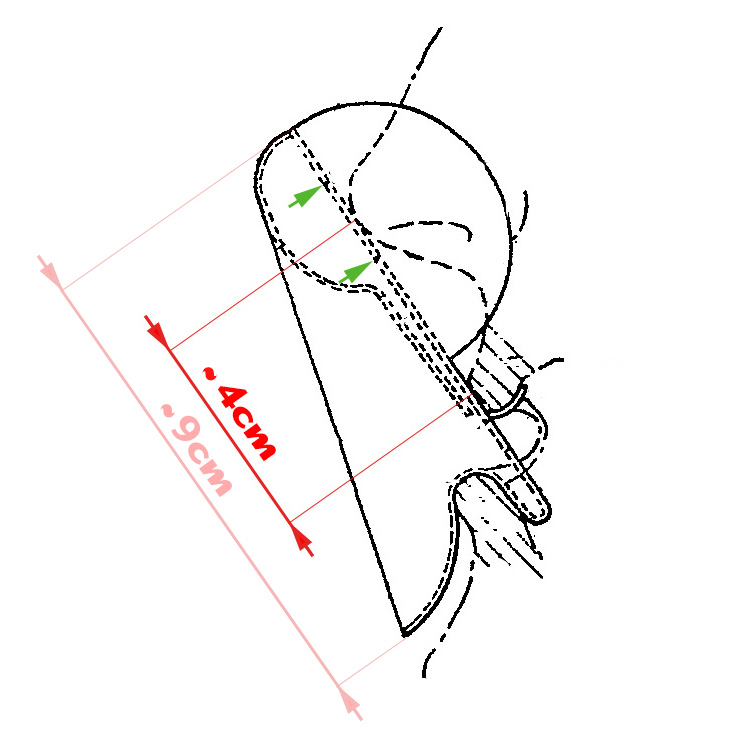 Then, the job was to check the patent drawings and as usual, they appeared not to be consistent... The rear view does not fit with the side one, whatever the way to chose the line that was used as the reference for verticality.

Below are the 2 tests. Original side and rear views on left and right, and, in the center, the corrected rear view as it should have been designed to be consistent with the side view: 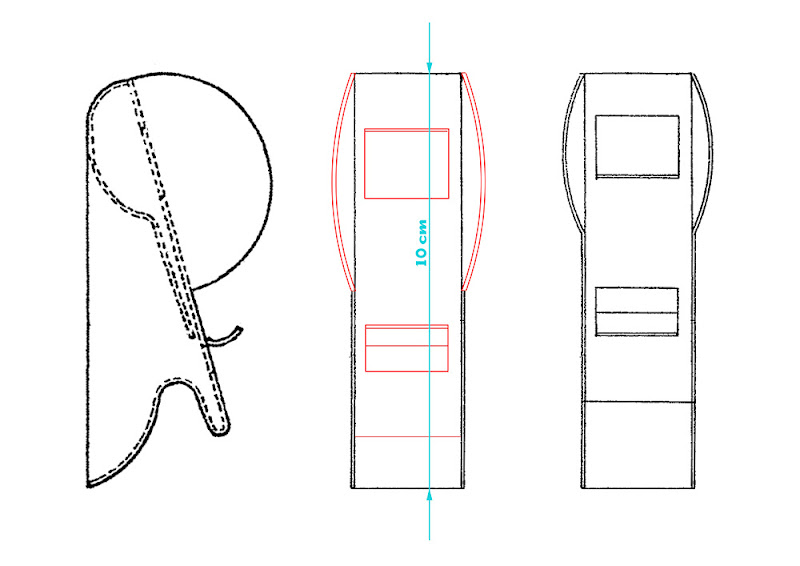 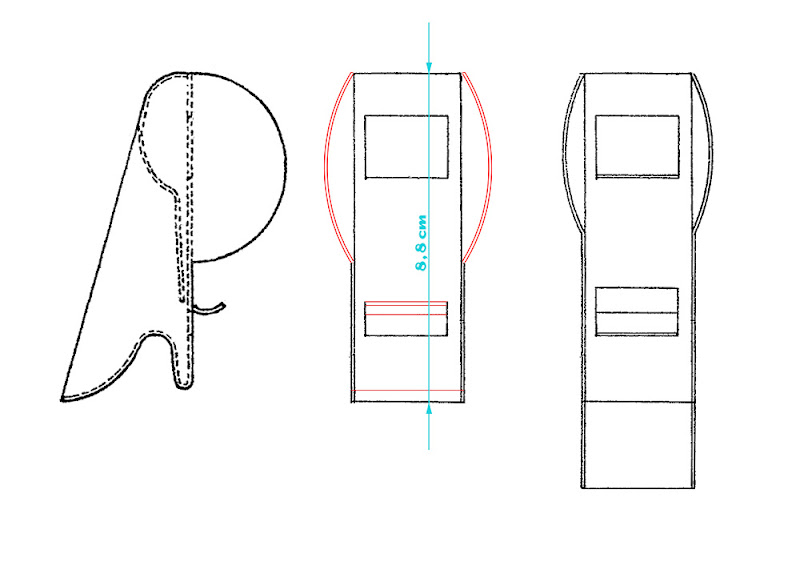 In the first case, the length of rear view fits the side one, but there are many mistakes, and the flute should be 10 cm tall.
The second position is more natural. There are less differences, and the instrument should be 8.8 cm long, which is quite near the 9 cm that were forecast.

So, I decided to use the second version, knowing that anyway, there are not much differences in the "functional parts" between the 2 versions.

Then, I designed a pre-template for each parts and built a first cardborad model. What a strange and funny shape! 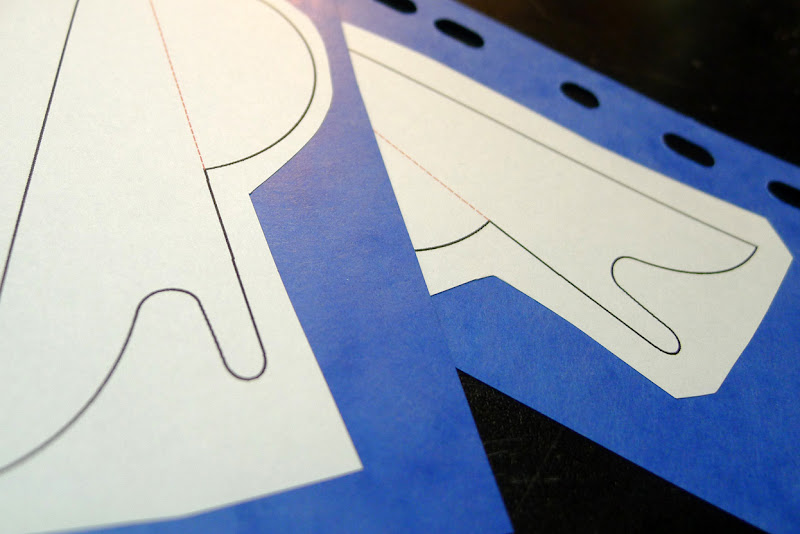 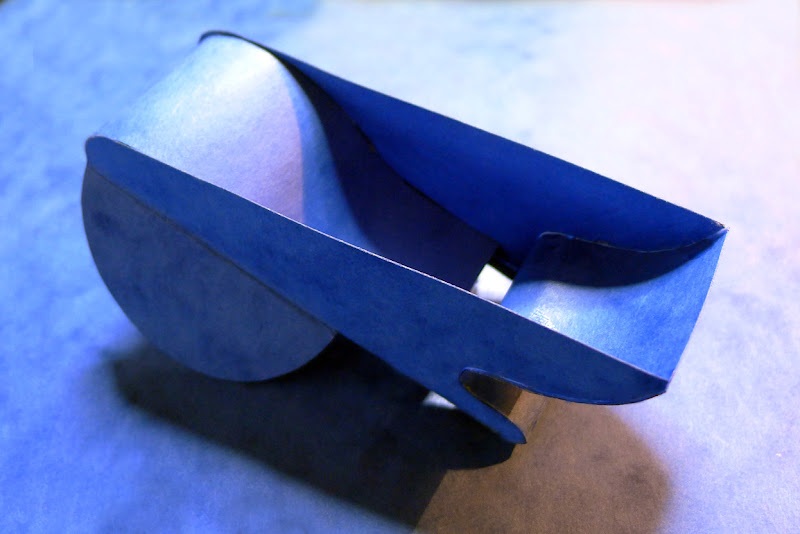 I made a second model then, after having improved the dimensional consistency. 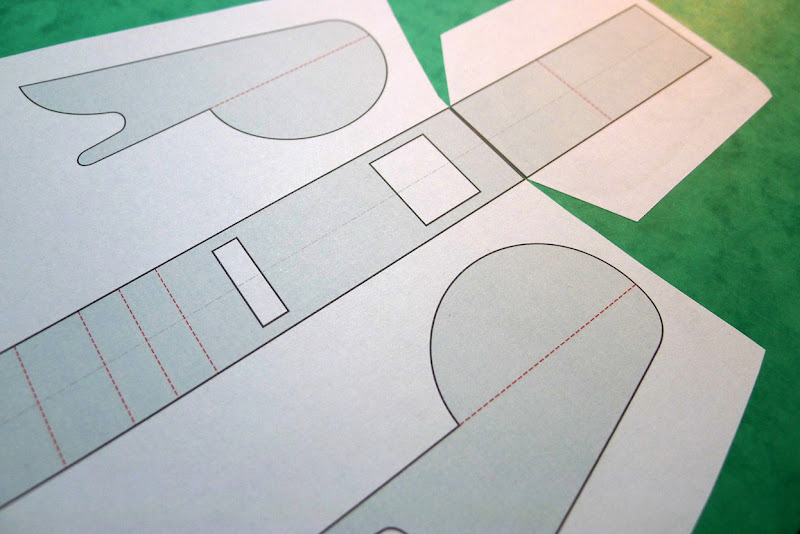 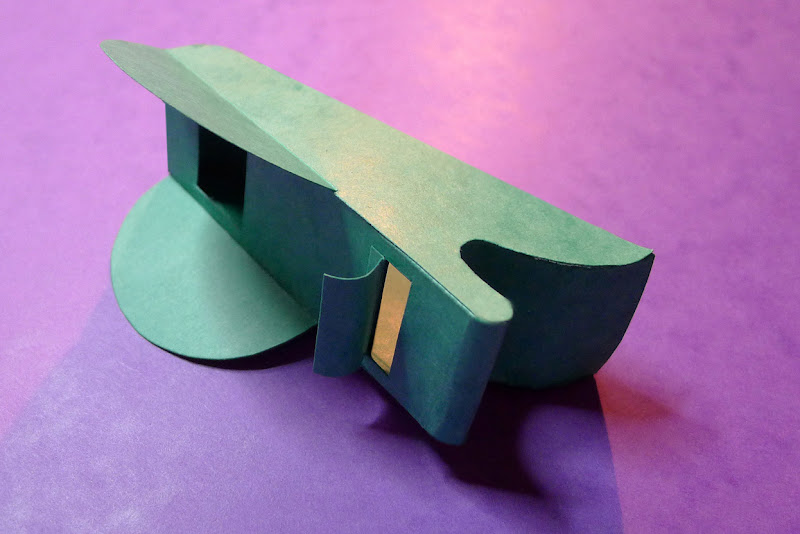 I am a bit doubtful regarding the efficiency of the air entrance... It is designed with a sufficient size and positioned more or less for the tip of the nose to enter it and... to clog it! However, it is placed on my model exactly as shown on the patent design (the 2 green arrows on my previous drawing) and, as already said in this series, I do not intend to create the best nose flute of the world, but to build the most loyal replica, with the patent as source. So, even if the instrument is to be not functional, I wouldn't care (too much).

As you can see on the pictures below:

- this nose flute is hhhuge!
- the lower lip rest is made of the wavy contour of the base
- playing this flute will ensure you to look very, very intelligent. 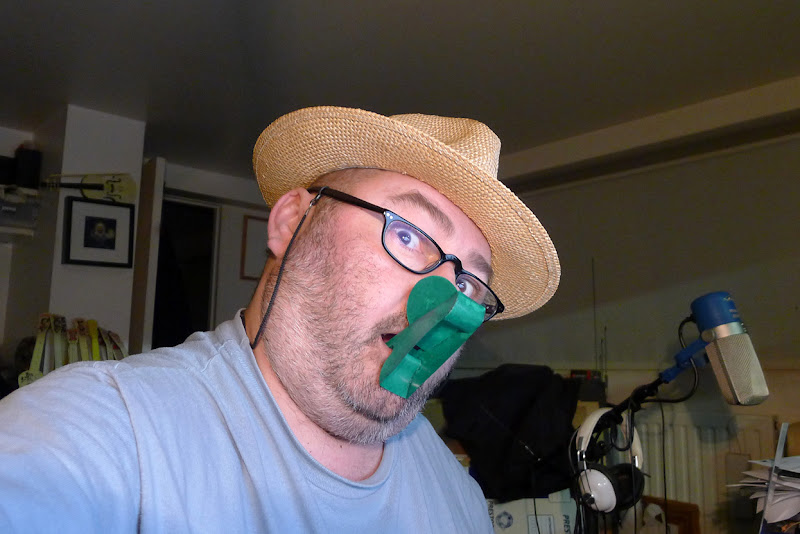 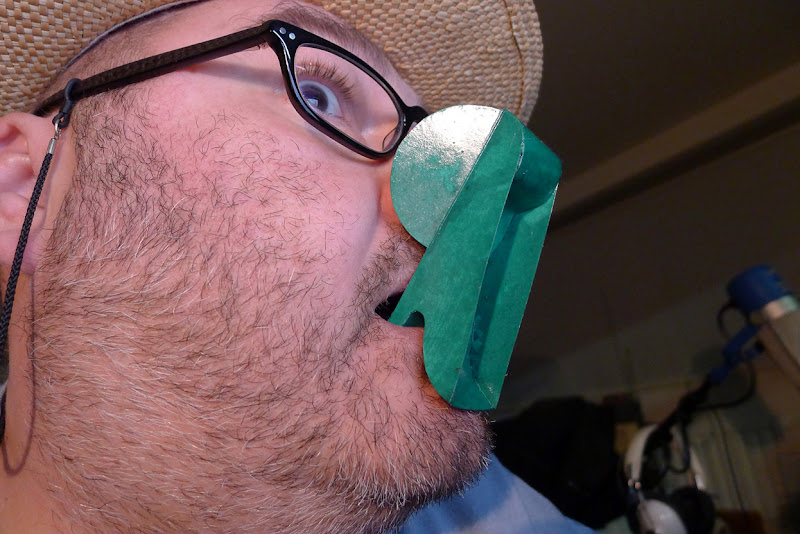 Here is the template. You can download a full size PDF file here. 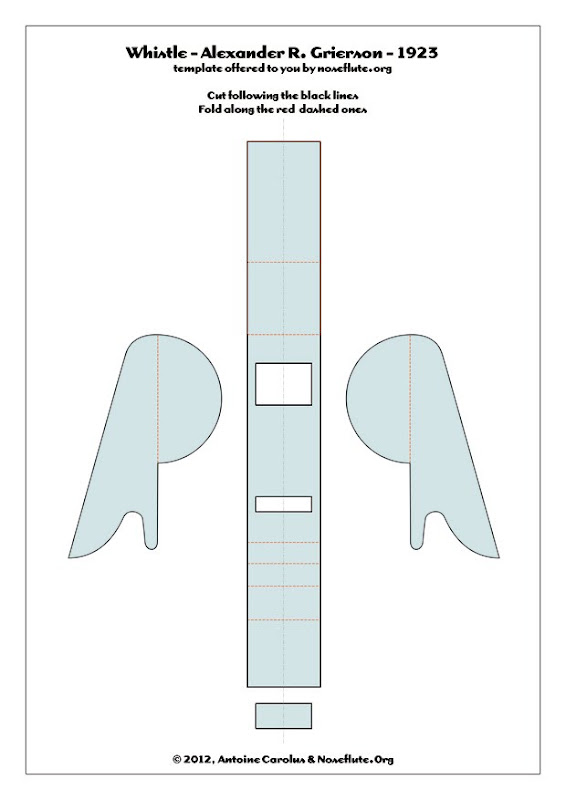