On the year 1899, Garrett John Couchois, a New York musical composer and publisher, filed 2 documents.
The first, on 26th of january, in association with Albert Leech, is a patent [US641025, registered jan. 9, 1900] for a Self playing whistle. Primarily designed to be played only by blowing with the mouth, thanks to a little tube meant to be bound up against the palate by the operator's tongue, the whistle has a second destination as a nose flute, by inserting the tube in the nostril.

« Assuming that the device is in position as described, it is only necessary to blow through the tube, and by proper expansion or contraction of the mouth-cavity the pitch of tone may be changing at will. Similar results may be obtained by inserting the end of tube direct into the nostril, as indicated by dotted lines in Fig. 1.»

The Leech-Courtois' system still requires the whistle part to be inserted in the mouth (for the benefit of a hand-free playing), but it is not clear if the instrument would allow both a mouth- and a nose-blowing play (by bending the tube ?). It rather appears that the principle would have required two different productions for two different models, one for each blowing mode.

The second document was filed oct. 21, 1899 by Garrett J. Couchois on his own, and is related to the design for a whistle [Des31876, patented nov. 21, 1899]. This model is obviously a pure nose flute, with a very elegant design quite similar to the current mass production. Certainly, the instrument provides a cylindric whistle to be stuck in the mouth, but it features the first mordern-shaped nose cap, shape which is more or less still is use in current industrial production.

Both of these patents were used as official references by followers, notably by the first nose flute called Humanatone (there will be very different models wearing the name) on which base is stamped : U.S. PAT. Nos 477167 31876-641025, which refer to the Carter's patent followed by Couchois and Leech's. 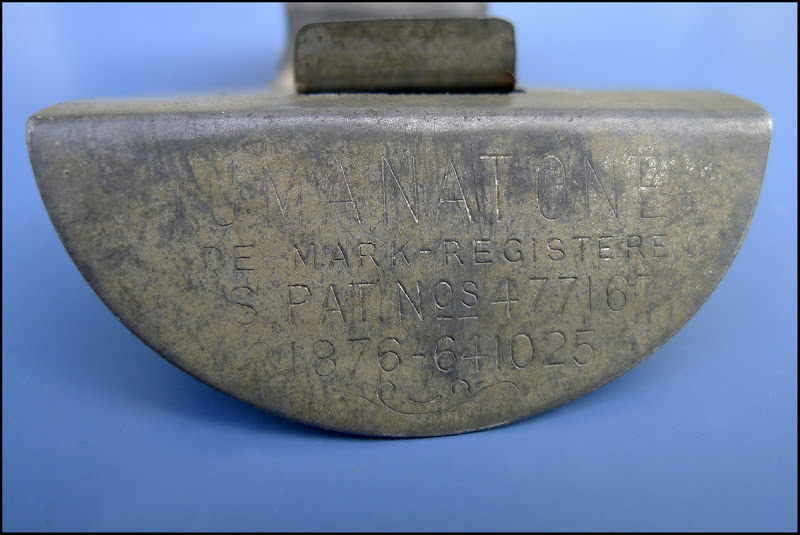 In 1905, Garrett J. Couchois was honored by the newspapers fame for another reason. Convicted of piracy for having published "spurious copies" of the music piece "Hearts and Flowers", he got in jail for 30 days (no joke with copyright infringement then:). "A number of other suits are pending against the prisoner" says the paper...
And in 1913, Couchois was involved in a blackmail case against Steger pianos Mfg. 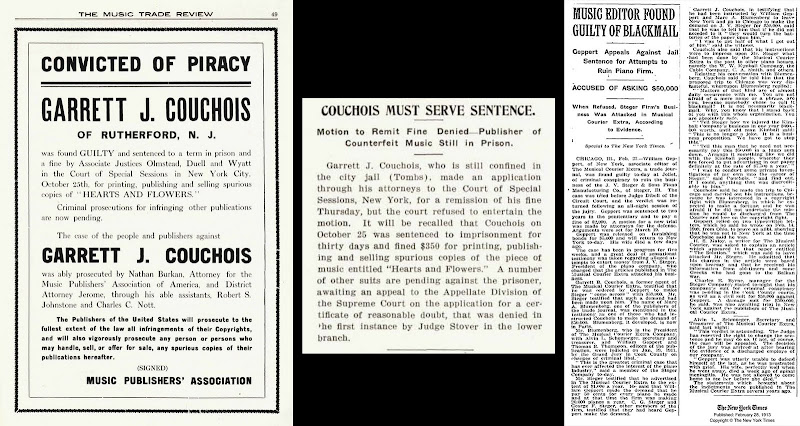