So, we were saying that the last of the four pages was very interesting... It is a full page advertisement for mouth organs by « The King of Mouth Organs ». On the harmonicas themselves, you can read « Albert's system », and a small boomerang logo for those boomerang mouth harps.

So, Albert & Son was at the origin of the Magic Flute.

Jacques Albert (1850-1914) was a Swiss horologist who immigrated in Australia in 1884 with his family (his wife Sophie [†1890] and their children Michel-François, later known as Frank, and Pauline). The next year, he established in Sidney a clock, watches and occasional violin repair business. 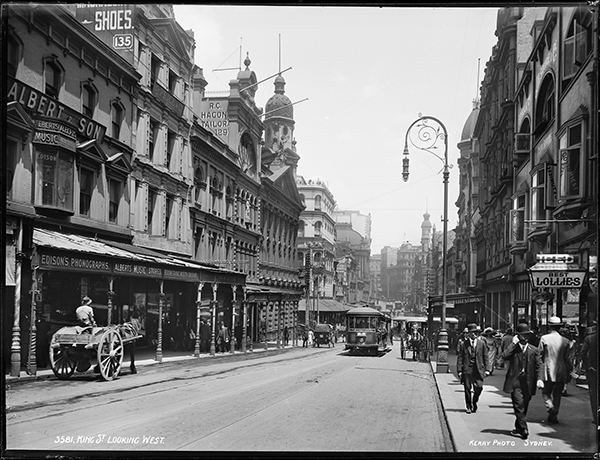 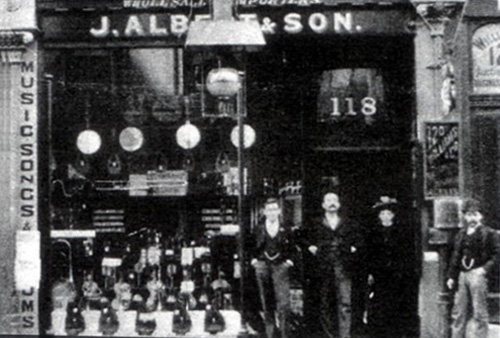 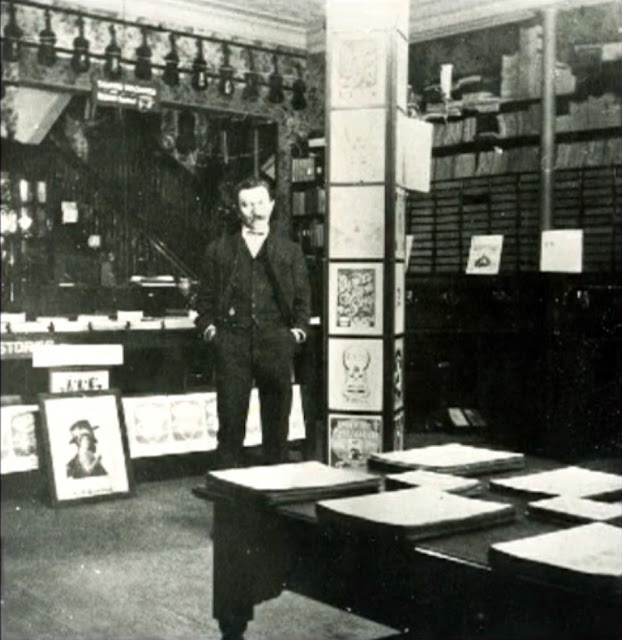 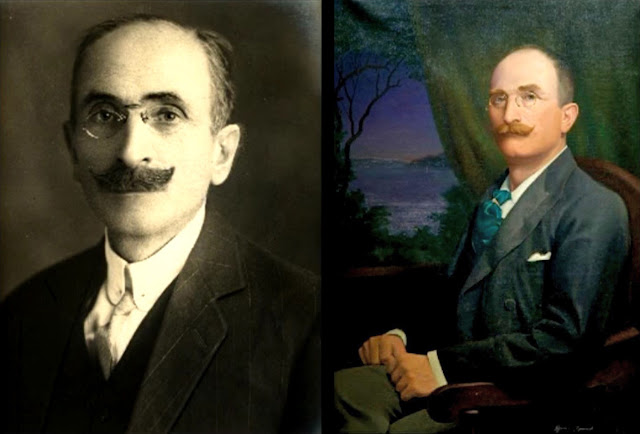 « Albert and his son Frank began importing and selling a wider range of musical instruments including a Boomerang mouth organ. The company trademarked the word 'boomerang' and stamped it on German manufactured mouth organs. The distinctive instruments were a run away success selling at a rate of 800 a week by 1897.

Oh-Oh! So, Jacques Albert was not the maker of the Boomerang harmonicas, but the founder of the trademark, while the instruments were manufactured in Germany.

« In 1896, J. Albert & Son of King Street, Sydney, introduced the first ‘home-brand’ mouth organs, the Woolloomooloo Warbler and the Kangaroo Charmer. These were made in Germany by Seydel & Son, but re-badged to suit a patriotic Australian market.»

And David Payne:
« Albert send the templates for the Boomerang to Germany by ship and he and SEYDEL management became close friends over the many years of their working relationship. (...) That relationship continued even after World War II, when SEYDEL was a nationalized company behind the Iron Curtain. Seydel continued creating Boomerang models until Albert's death in 1962. »

This is very interesting, because Seydel & Söhne was a company settled in Klingenthal, in the craddle of the German Nasenflöte (Klingenthal, Markneukirchen, Brunndöbra,...)[see here and there]. And in the early 1920s, when nose flutes began to be produced in Saxony, the Seydel may have told about the new instrument to Mr. Albert, and who nose, might have sold/send a bucket to Australia, as they did with the Boomerang harmonica during almost 70 years! There is another fact that fits with the German hypothesis, but it will be revealed in... Part V!

But there is a problem: the Magic Flute design doesn't match the German Nasenflöten templates, which were never closed by rivets, but by bent flaps: 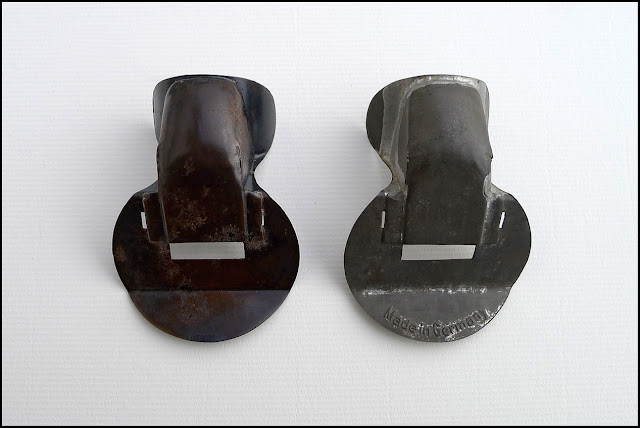 So, the most reasonable (?) hypothesis is an American make. The Stivers may have dealt with Albert & Son, for an unstamped Humanatone-shaped nose flute, provided with a brand ("Magic Flute", owned by the Humanatone Co., after the Stivers probably bought it from Garrett J. Couchois) with the Magic Flute papers. This would explain, on one hand the drawings on the papers and the mention «… the Magic Flute which had just arrived from New York… », in the Hendersons' Magic Flute romance!

Another point on the credit of this hypothesis: « In 1919 [Frank Albert, the son] visited Europe and the United States of America…», according to this biography.

As seen before, Jacques Albert passed away in 1914 (at 64 of age), and it is unlikely he was himself at the origin of the Australian nose flute. Indeed, the Magic Flute might have appeared in the 1910s at earliest, but much more probably did in the early 1920 (the brand 'Magic Flute' was registered Dec. 19th(?), 1924 for Australia).

His associate and successor was his son Frank Albert (1874-1962), and he was certainly the one who launched the Magic Flute in Australia and New Zealand. 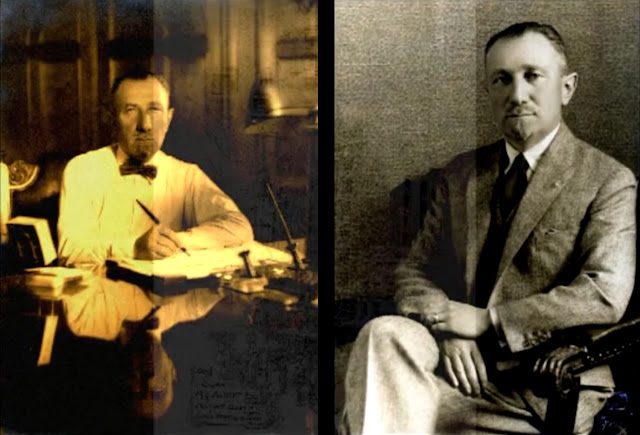 At this time, Frank has developped a very lucrative music business and is a very wealthy man. In 1926, he built a villa named 'Boomerang', from the mouth organs brand which made his fortune.

In the same years, Frank, who's a yachting enthousiast since 1900, bought a beautiful schooner that he baptized... 'Boomerang'! It was certainly not his first boat, as you can read in this very interesting blog. 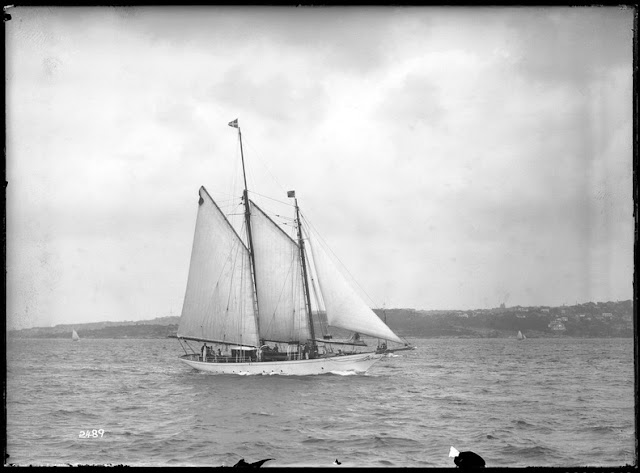 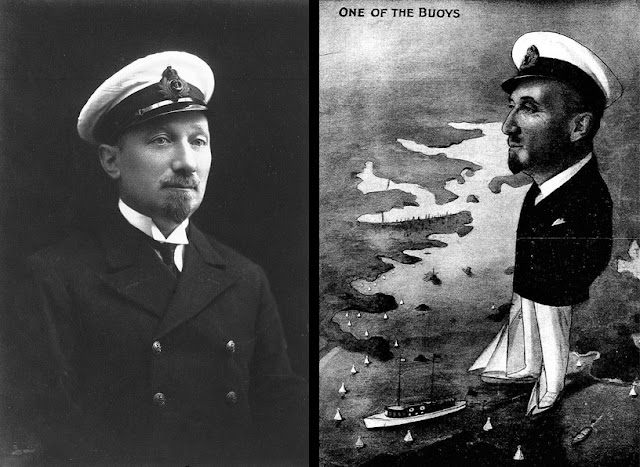 Voila! We know the face of the man who launched and spread nose fluting in Australia! An elegant and successful businessman and a yachting enthusiast... For sure, the story doesn't end here, but you will have to wait for Part IV...