We finally were able to put the nose on a "Maurilio Coelho #25" (check previous post about this flute). "Finally", because the Brazilian manufacture seems to refuse to sell one piece (they want to sell the whole set) infering high shipping costs (for a nose flute!), or not even answering e-mails written in Portuguese...

The Fábrica de Pios de Aves "Maurilio Coelho" was founded by... Maurilio Coelho, in 1903. Maurilio improved the quality of bird calls, until then made in bamboo, began the manual production of a long series of wooden bird calls, won the Grand Prize at the Centennial Exhibition of the Independence of Brazil.
He was followed by his son, his grandson and now by his great-grandson. The Maurilio Coelho's bird calls are wordly famous. 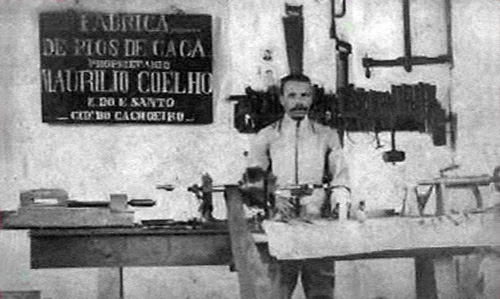 In the series, there is a UFO : the #25. The #25 is a bird call made with a sheet of stainless steel, and has a shape that is very well known by nose flute lovers. Indeed, the #25 is a nose whistle, which design is based on the old metal Humanatones. 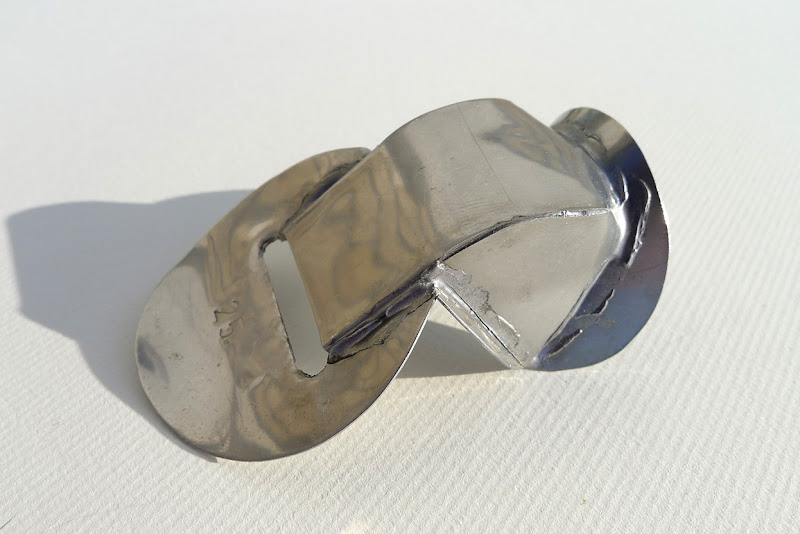 « With the peep one can reproduce sounds of various types of poultry from the galináceas to the tiny songbirds. First we give a general instruction on how to handle the hooting and then show you some examples but it is worth your interest in discovering and perfecting new songs of birds through this whistle because it has unlimited versatility. »

The first feeling when you get a #25 in the hand is that it is very, very badly made. The Flute is not symmetrical, there are angles when there should be curves, the "soldering" (cold soldering, "J-B Weld" like) was applied by a pig and the same sweet and friendly, but clumsy animal, cut the sheet of metal with his teeth.
OK, metal is not easy to work with, but some simple tools allow a clean work, and a minimum of care doesn't imply a huge loss of time when applying the glue.
Well, positive point : this instrument clearly shows it was handcrafted.

Then you want to try it and realize the baby stinks of machine oil. This is not a major problem, but here too, you understand that the word "care" is far away of the Coelho's workshop.
However, if you take a look at the wooden bird calls, they look very well done, with clean and regular shapes, nice objects. Let's assume the workshop has some problem dealing with metal... but in that case, why to consent to let such a lame duck disfigure a beautiful wooden set ?

Now, let's blow the #25. The instrument is *very* powerful. One of my loudest blowers, if not the one. The air duct is very flat and accelerate a lot the air flow. In the medium tones, the #25 behaves very well, with a loud and clear sound of the "metal type", that is the kind of sound produced by a flat blade (contrarywise to wooden labia which are cut in an angle shape).

But when you reach the bass or the sharp tones, the sound becomes dirty, with parasites, with unwanted whistlings, splits in several harmonics and dysharmonics, and even have failures : the sound stops and restarts.
Indeed, a close (very close is not necessary...) look at the mouth hole shows a so irregular, uneven and dented cut, that there is no mystery on the reason of those dysfunctions. 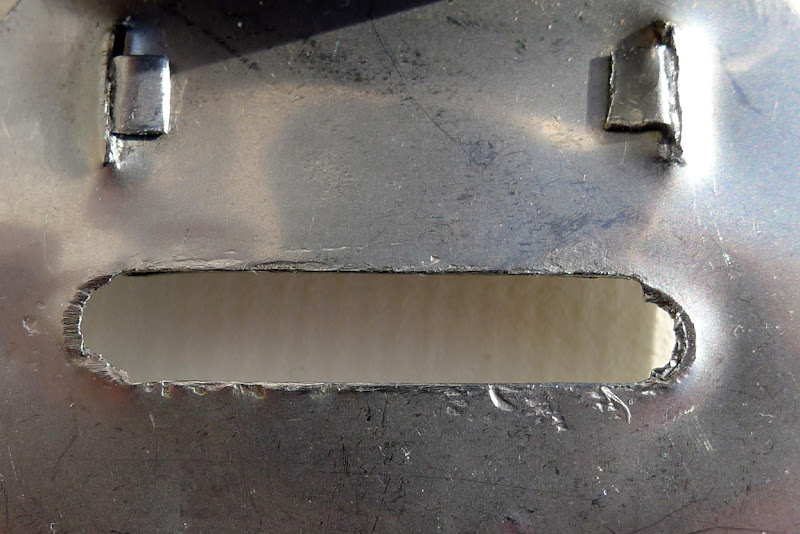 Here is a sound sample. The very first sound illustrates the "sound-stop failure".
Then, our beloved Nosy Diva whistles the sound range, and then tries a tune. Listen to the basses and the sharps... what a pity. Maybe the birds will love that, but surely not nightingales.

We already evoked the German band called Das Resopal Seminar when we published the post about Floyd Blue.
Here is a video in which they play Schneider Schneider, a Bavarian traditional song. But they play it Hawaiian style with a slide ukulele! Feature also a uke-bass, spoons and... a nose flute. Anyway, who has never noticed resemblances between Hawaiian and Bavarian music ???

The nose flute starts at 2'12", but we invite you to listen to the whole song, since it is absolutely well and sweetly played.

Here is a potato nose flute I made in 10 minutes. Regard it as an homage to Sensei Heita3, the pioneer master of vegetable musical instruments! 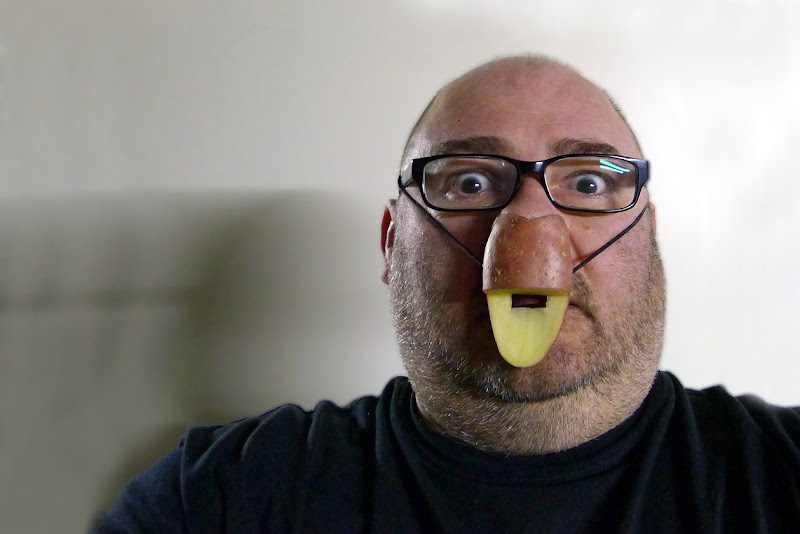 Jānis Pūķis is a latvian musician from Riga. He is also a musical instruments museum owner. Here is a video in which he plays a bandoneón and his home-made wooden nose flute ornated with painted rat teeth, then teaches the young Katrina. In the latvian comment, the video maker wrote : « We are impatiently waiting for the time when the Eurovision song contest will include a nose whistle ».
Jānis Pūķis also plays the musical saw, as you can see here.

The silver flute of the Museum Ringve

« Today Ringve Museum is Norway’s national museum of musical instruments with a collection of around 2000 numbers.About 700 of these are so called classical European instruments besides European- and non-European traditional instruments. In addition to this the collection consists of around 25000 sheet music prints, an extensive collection of photographs, a sound archive with pianola rolls, polyphon records, phonograph rolls and various phonograms »

History:      Copy of a nose flute formerly owner bought at Hamar approx. 1930.
The original is labeled "Fabrik Marke Haus".      Production: 1976      Manufacturer: Bryhni, Haakon      Production Location : Lokken Description:      A copy of an older nose flute. Column Flute of silver with insufflation through the nose into a trunk shaped, flat column against the slanted edge is approx. 6 mm. from the slot. The mouth is held against the rectangular opening framed by the opening slot and the tapered edge. Id number:     RMT 76/9 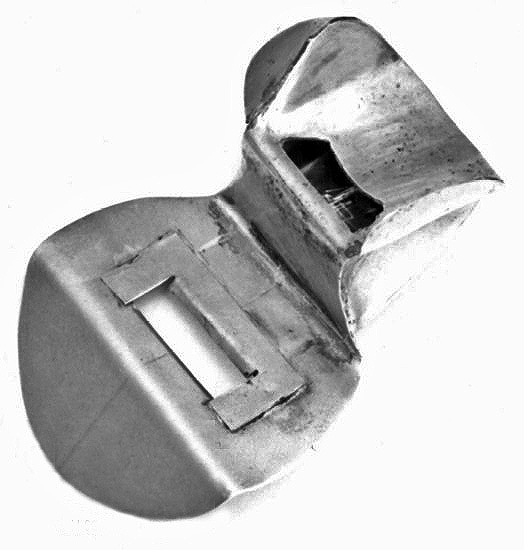 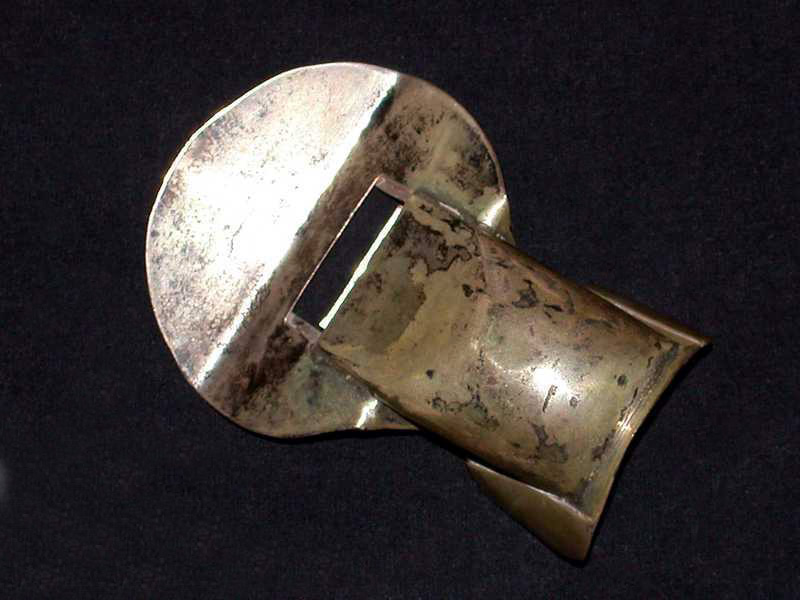 A new video by FloydBlue

FloydBlue is a german ukulele/banjolele player, member of Das Resopal Seminar music band, but is also a secret adorer of the kazoo — he built many of them by himself, including eatable ones — although he gently began to enter the nose side of the flute ...

In his last video, feturing an ukulele with a Bocarina™, he uses a simple nose flute stand, but very efficient yet! You can also watch some other of his nose flute videos here and here.

Click to enlarge the pictures :
And here is the video :

The Dead Victorians is a british music-hall band, based in London (UK) and composed of 4 musicians : Maestro Paul Tkachenko, Dr. Matthew Blake, Rupert and Mr. Sandiford. 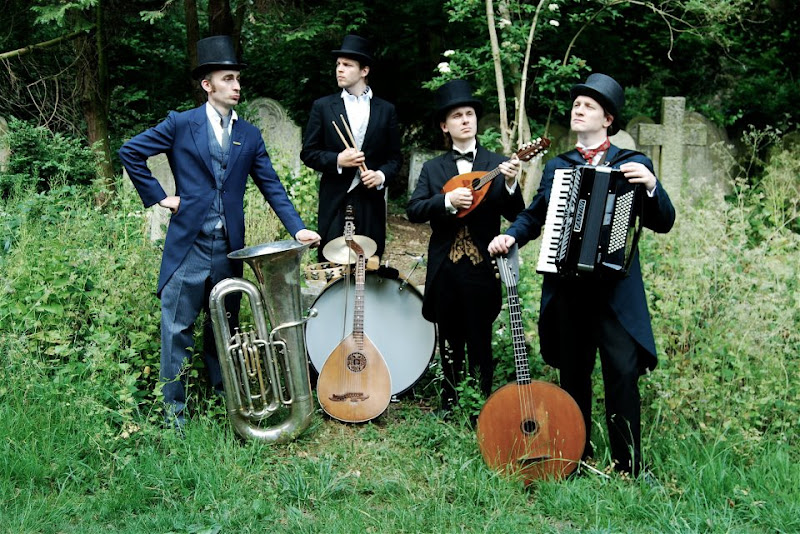 They play many instruments, including tuba, guitar, bass, mandolin, banjo, accordion, winds ... and some others they classify in the « Strange » section.

The strange instruments are, notably, Stephen the Sheep (« a fully playable singing sheep ») and the Dogphonium (on which the mouth piece is underneath the tail...). 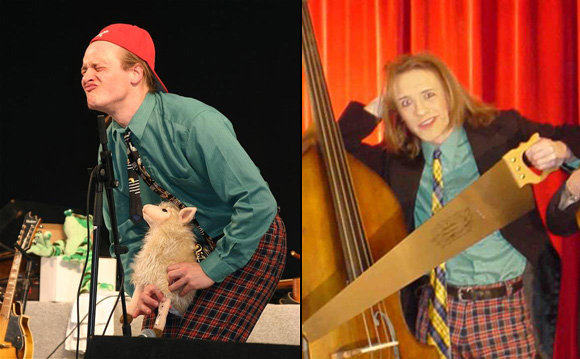 They also include in this section a musical saw, a washboard, and many whistles and percussions. The nose flute shines by its absence, since it is used by the Dead Victorians too, as you can see in the following video (we sincerely hope this omission in the list will soon be redressed!).

Here is a video made at the Rose and Crown Theatre, Walsthamstow (UK) during a show for their new album launch tour :