The Australian Magic Flute - Part I

If you are a regular reader of this blog, you know that we tried several times to disentangle the skein meshed around the Magic Flute. To sum up the enigma, let's say that a « Magic Flute » appeared in the Howe catalogue in 1903 (see this post) and that the Humanatone Co. probably bought the brand (and the patent?) and used it to sell Humanatone nose flutes (see this post and that one). The Humanatone Co. also used indifferently the brand « Magic Nose Flute » (please see here).

Two archives where the Humanatone is advertised as « Magic Flute »:

Where the story got tricky, is when, on one hand, a « Magic Nose Flute » appeared in the Ellisdon catalogue (UK) with the mention « British make » (check here), and on the other hand, **the** Australian nose flute was branded... « Magic Flute » (this post).

Let's say right now that whether we don't formally know (no evidences), we assume that the brand « Magic Flute » was registered by the Humanatone Co. only for United States, where it was solely produced and sold (Maybe the Stivers' nose flute is directly at the origin of the British « Humanaphone », but that's another story).

We recently found a beautiful nickel plated and boxed sample of an early Australian « Magic Flute », which made us understand there was no objective link between the US Humanatone and the Aussie nose flute.

This baby is absolutely magnificent, nickel plated with almost no oxydation traces. Smooth and shiny!

This early Magic Flute has no stampings, contrarywise to the later ones, which will show deeply embossed brand and trademark numbers« MAGIC FLUTE - REGISTERED - No 40634 AUST - No 22231 N.Z ». 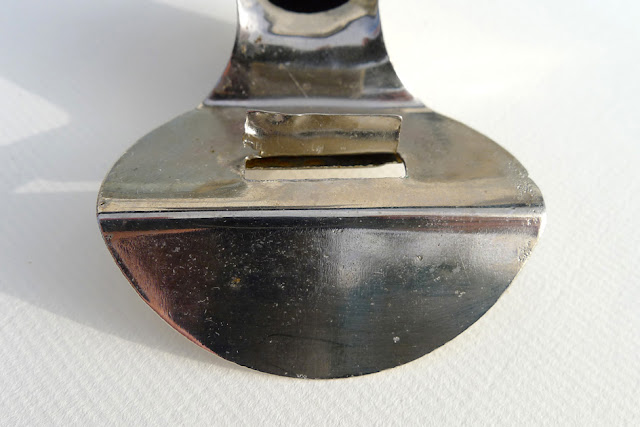 The box itself is beautiful and very interesting. It has a great design and typographics! The image of the instrument is clearly a copy of the "official" Humanatone advertisement (with a correction on the angle of the mouth shield, if you look well :). I made a montage to show what the box would look unfolded: 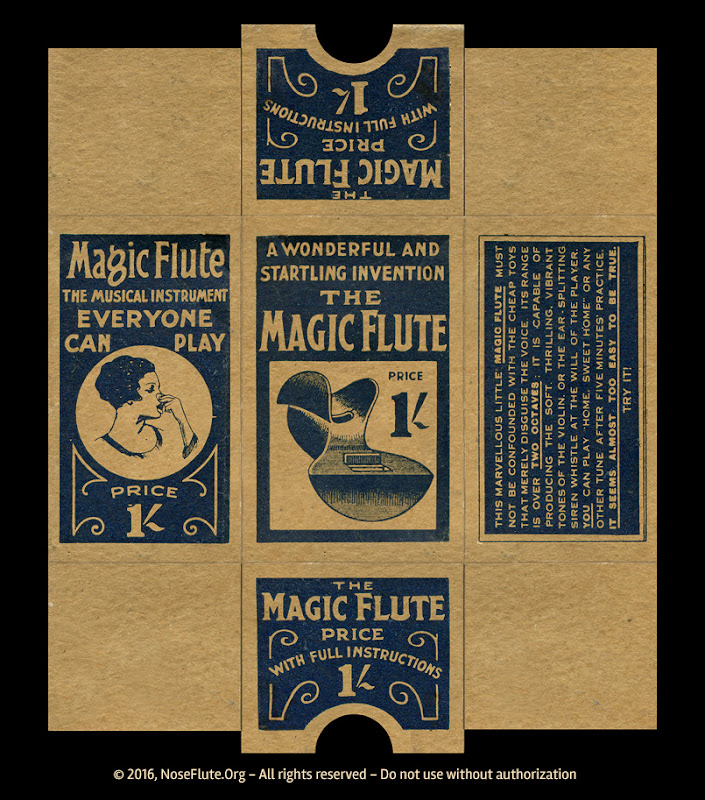 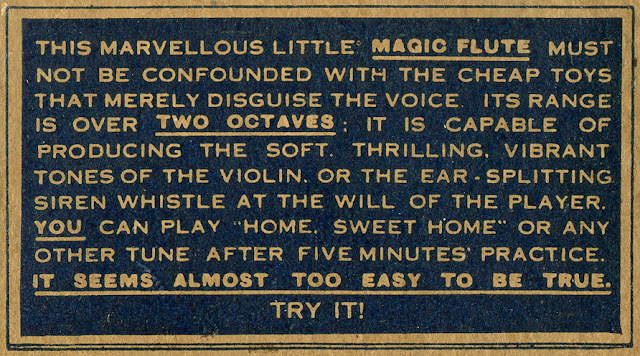 Let's guess that the version of « Home Sweet Home » mentioned on the box is this Australian version!

Oh.. and there were different models... Look what picture I found on the net (I would kill for it!!): 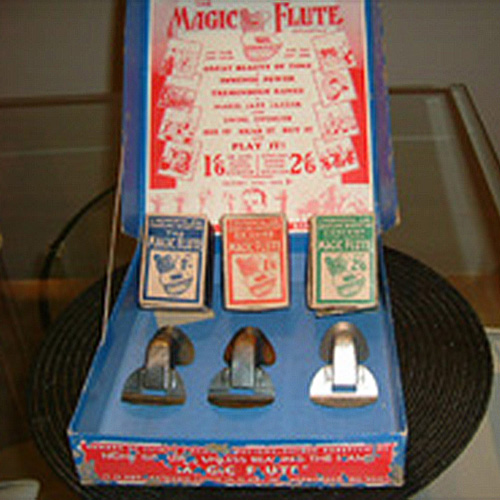 And last, but not least (and maybe the most interesting part on an historic purpose), the Magic Flute I acquired was provided with its papers! But you'll have to wait for Part II to discover them :)