The Stivers: Expansion and Shame


The spreading and growing success of the Humanatone in 1908 gave ideas and longings to competitors, particularly in Europe, and there was almost a new patent filed each year:
A.V. Chevers in 1909 with his musical pipe possibly blown by the nose and A.W. proctor in 1910, both in the US. But then F. Vandervaeren in Belgium in 1912, J. Goldstein in Germany in 1913, Chevers again in 1916, Klein in 1921, the british Humanaphone and a french model in the 1920s, Grierson in 1923, new german models... plus all the ones I still don't know or am not able to date.

But, back in 1909, Humanatone is not only the leader, but the only manufacturer. The Humanatone Introducing Novelty Co. still uses the successful George I's marketing methods: diffuse the new product anywhere it is possible, notably fairs and expositions.

From June to mid-October 1909, a big event happens in Seattle: The Alaska-Yukon-Pacific Exposition (AYPE). Humanatone has to be there!
« The Alaska-Yukon-Pacific Exposition (AYPE) took place in Seattle from June 1 to October 16, 1909. It was staged to commemorate the Yukon Gold Rush of 1897 and to demonstrate the importance of Seattle as gateway for commerce and trade with Alaska, the Yukon and the nations across the Pacific Ocean. By the time it closed on October 16, 1909 the AYPE had attracted about three million visitors. » (source) 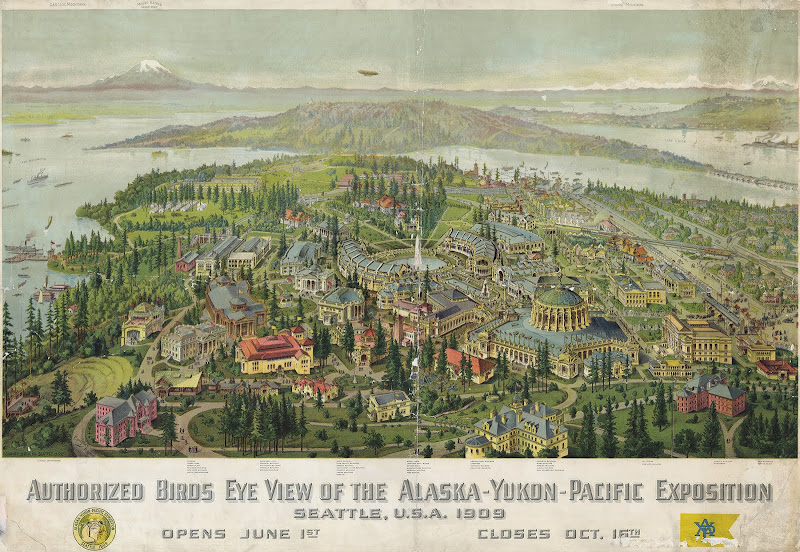 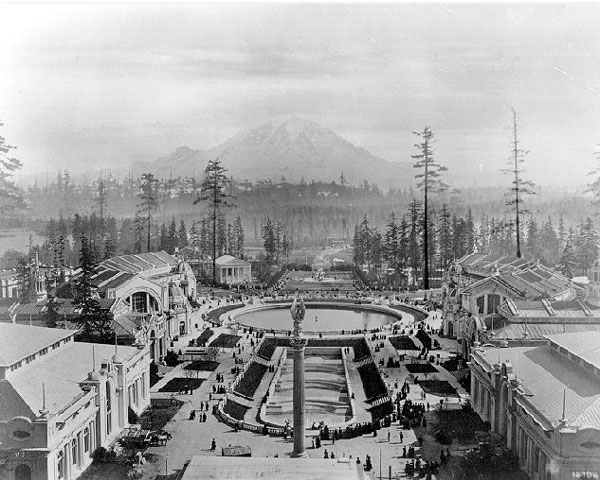 Besides the central buildings — Fine arts, Industry, Farming, etc. — is the entertainment area. It is called the Pay Streak, and proposes many attractions, a little Cairo, an asian district, the Igorrotes village, a Baby Incubator house, plus a bunch of peanut sellers, theaters, merry-go-rounds, saloons and tea rooms, musicians, performers, and even Prince Albert, the talking horse! 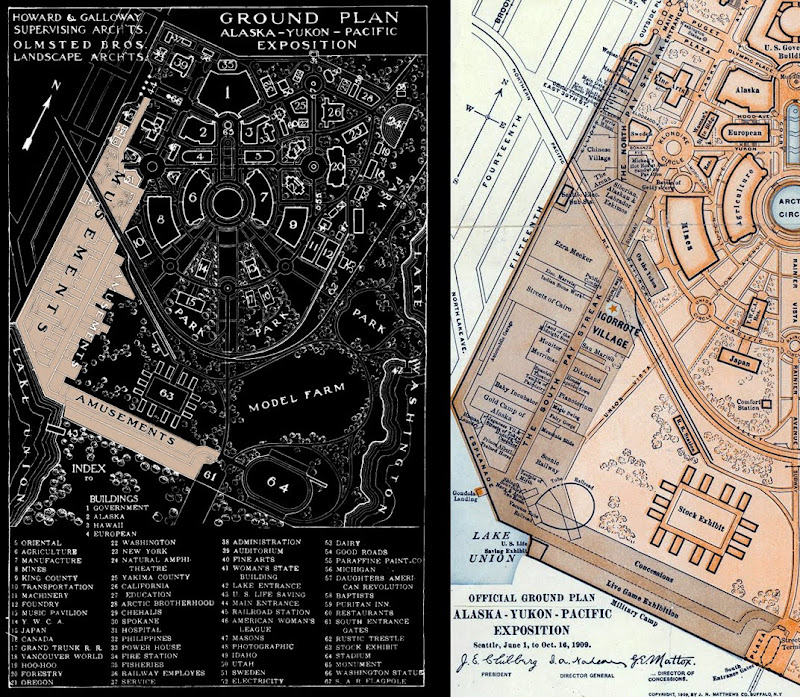 The crowd is huge and the little shops are numerous.

Where was the Stivers' booth? I checked all the pictures available and found no trace of a Humanatone... But the company was there. The Secretary's Report details all the revenues produced by the Pay Streak activities, and we can see that the G.W. Stivers & Co. generated a $800 turnover, on which the AYPE took 25% as commission. 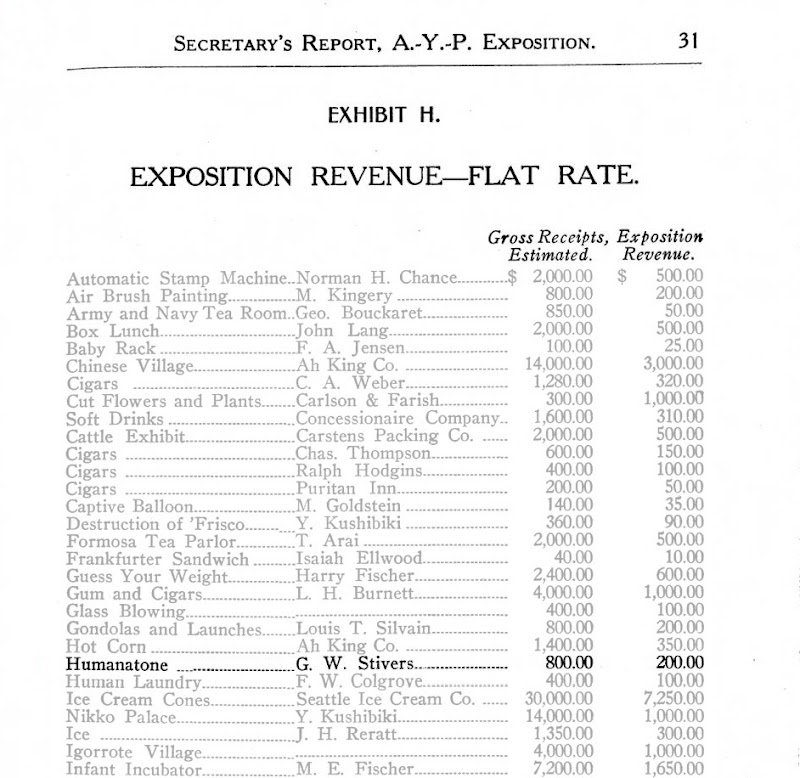 $800 are not ridiculous, relatively to other booths revenues, but it cannot compare at all to the sales on Dewey's day... James Stivers didn't sell only Humanatones. There surely were also other "novelties" on his market stall. But even considering that only nose flute were sold, and knowing that the Humanatone was probably sold for ¢25 (like in the 1908 Jenkins catalog), this gross revenue represents only 3,200 instruments. In the case the Stivers' booth was opened during the 4 months and 1/2 of the fair, it would mean that Humanatone sold only 23 nose flutes a day at AYPE.

However, the Humanatone success is undeniably growing.

On the 1910, James Joseph is recorded, as a salesman and a democrat, on San Francisco voter list! Is he missioned in California to spread the Humanatone coverage? Probably. He lives 34 Turk st., which is an hotel.

In 1911, the shop moves from 15 Ann st. to... 35 Ann st, and the annex from 108 Nassau to... 104 Nassau.
The nose flute is used by more and more comedians and music hall performers, and is not presented as a "novelty" in the newspapers. Here, a duet playing in show organised by Anti-tuberculosis League in 1913. 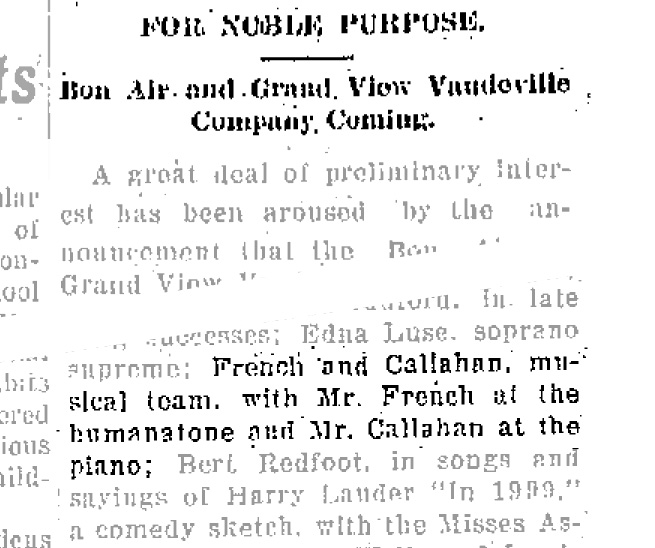 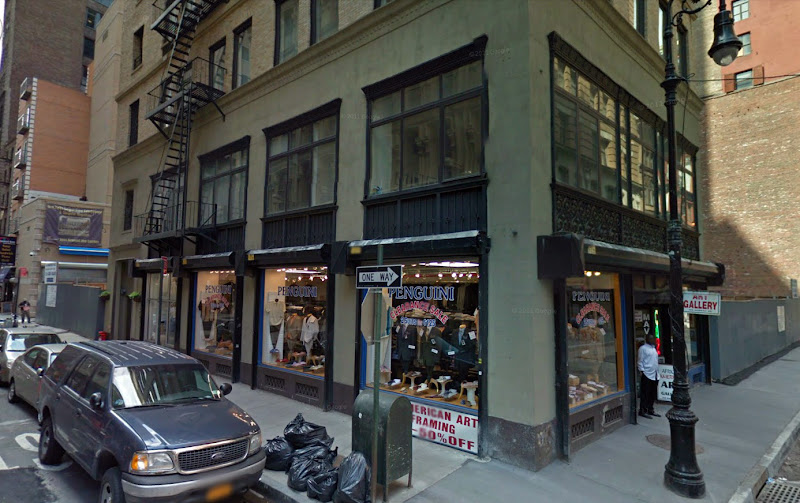 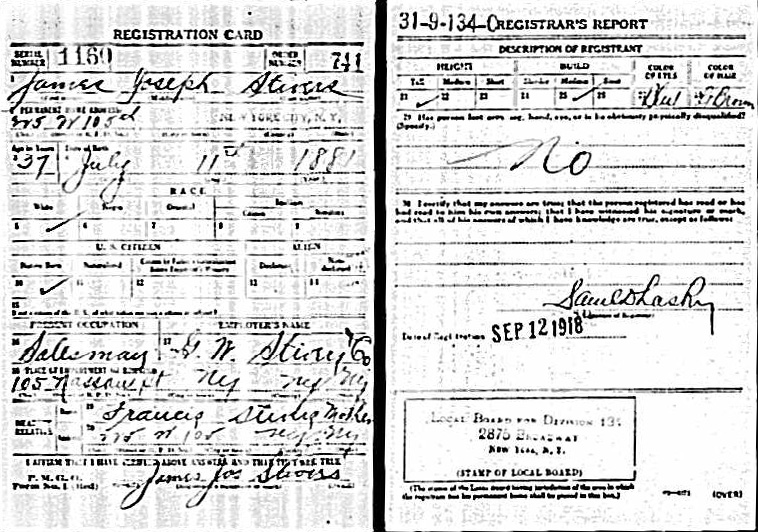 And here is the answer regarding George III. On his 1918 army registration card, it is written that the "person to call in case of..." is Mrs. Kate (Stivers), domiciliated "Netel Arms" (appts?) in Far Rockaway, NY. And George II and Kate Stivers lives in Far Rockaway. So, Walter is with no doubt member of "our" Stivers family. 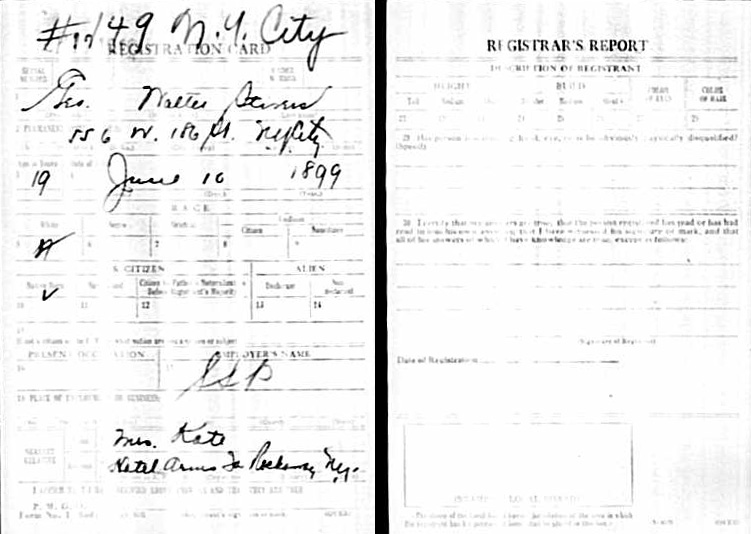 The fact is that, 2 years later, George Walter is pensioner of... the Sing sing prison.

What crime Walter perpetrated? I don't know. How long did he stay in jail? I don't know. But in 1930, Walter will still (or again?) rot in jail. But this time in Dannemora, the Clinton state prison for "criminal insane". And will still be incarcerated in Dannemora in 1940... So, I suppose the crime was terrible. A murder under insanity influence? 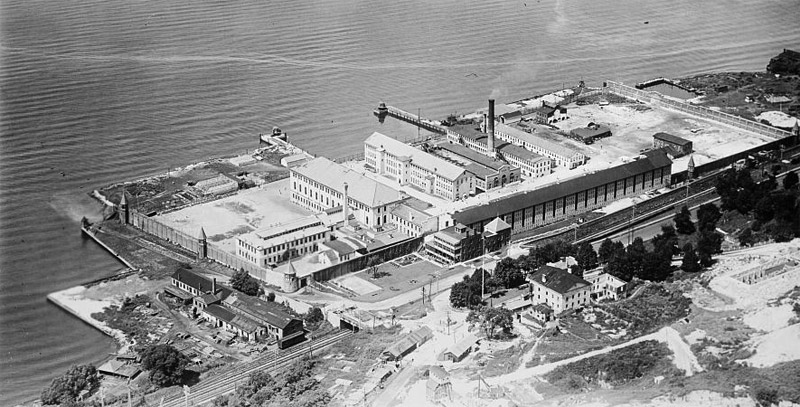 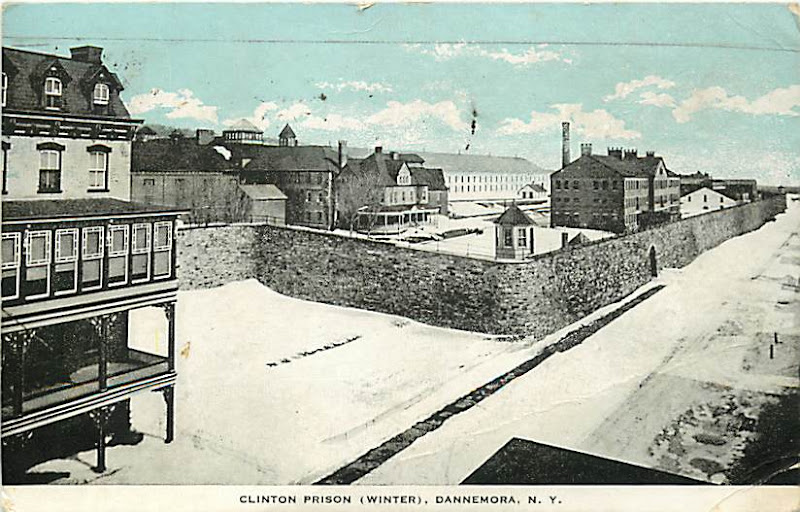 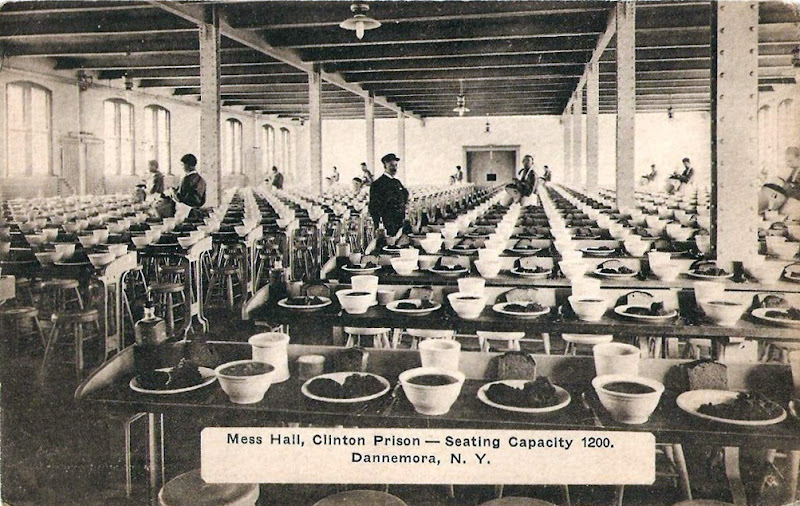 I found no news about George Walter afterwards.