Cornelius Degen lives in Hamburg, Germany. He is a storyteller and is used to play the nose flute during his performances, but he is also a singer, a musician and a craftsman. Indeed, he has been a goldsmith and has been working with wood for 34 years, making fine and "magic" boxes, etc. More, Cornelius creates also his own tools, especially adapted to his production.

As double-bass player, Mr. Degen felt the need to have a smaller instrument to carry with him all day long, and since he heard of nose flutes in 2008, he first got a wooden and a plastic one to look how they were done. He first made a try by modifying a recorder, and quickly decided to produce his own Nasenflöten.

Here is a research and test sample by Cornelius. As you can see, it is made of one piece of wood plus a translucent plastic slider, which allows to see the complete technical system... and much more. 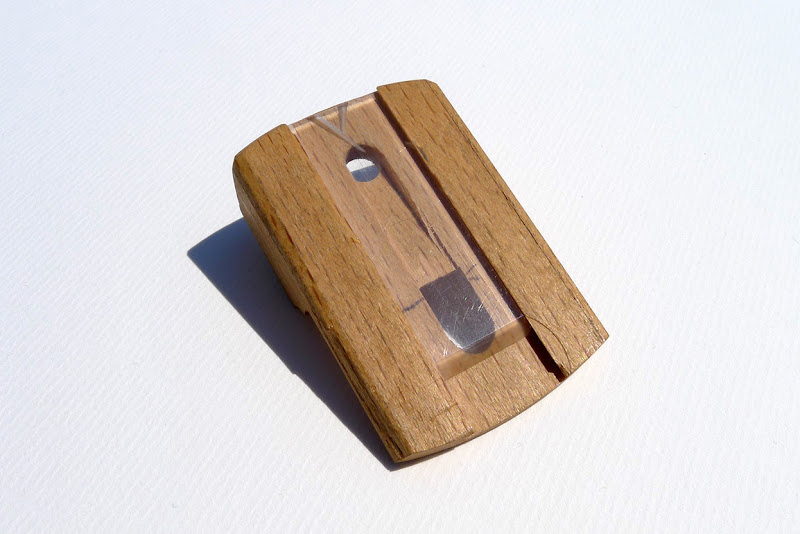 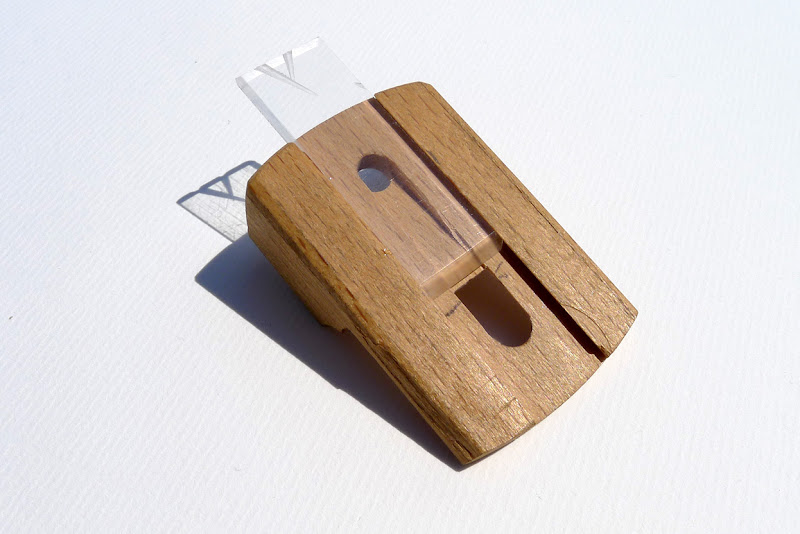 What is the reason of the slider ? It is double. First, and since the wooden labium is very sharp and thus very fragile, the closed slider protects the blade when the flute is in your pocket. But the main goal of this part is to work as a tuner! As we saw in this Korean patent (at this time we weren't well informed about those technical concerns...), the tonality range of a nose flute essentially depends on the distance between the airway exit and the labium. The smaller (in height) the mouth hole is, the sharper and more precise the nose flute will be. And contrarywise, when the distance is large, the flute will reach easily bass tones, in exchange of a more "windy" sound.

So, the nose flute by Cornelius Degen offers the ability to the whistler to "tune" his instrument. Do you want to play the Queen of the Night Aria ? Slide the tuner down and get a sharp instrument. Do you prefer to play a Bach's cello concerto ? Open the mouth window and get rich bass.

Now, how does it look on real finished flutes ? 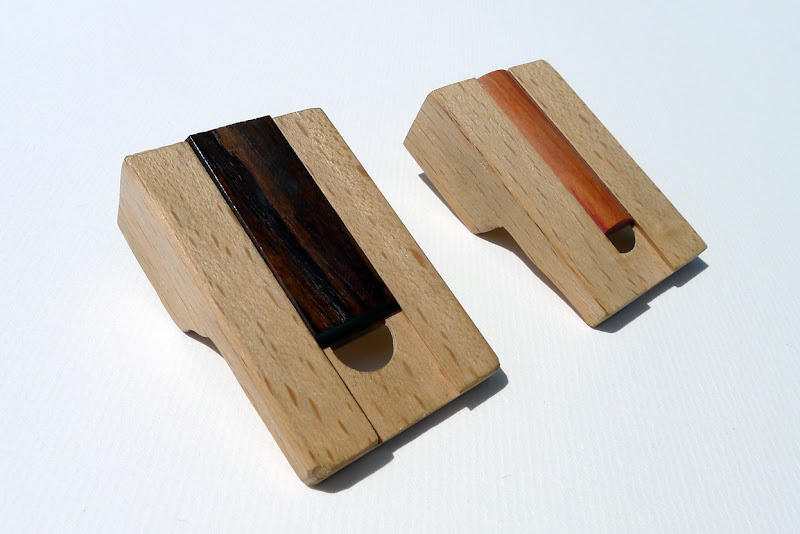 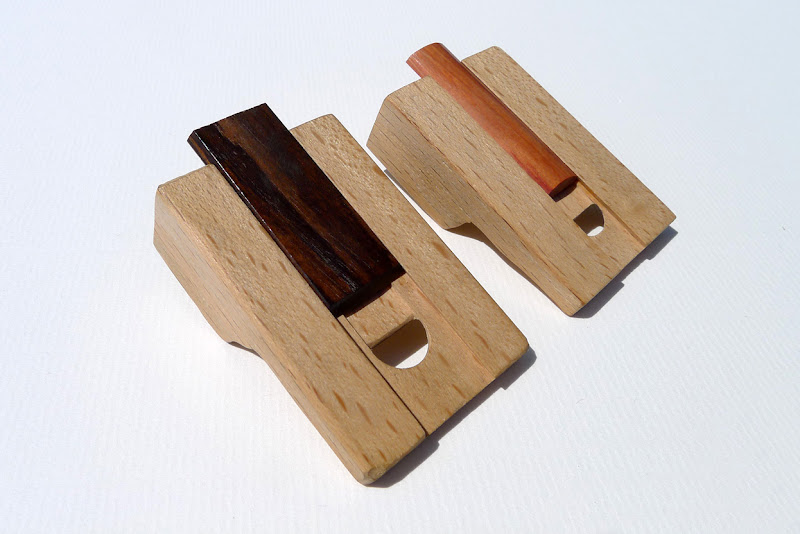 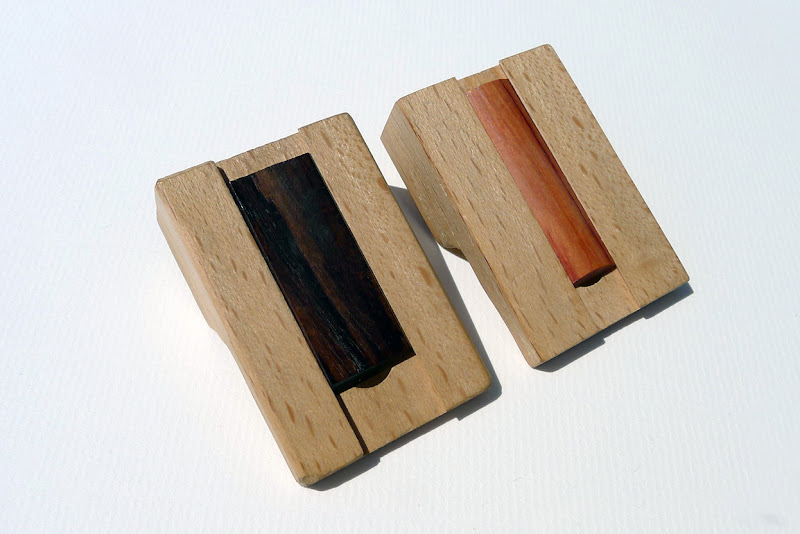 The tuning slider is a piece of hard wood finely adjusted to the body groove by a sliding dovetail joint. With the exact balance between tightness (for the tuner to stay where you set it) and looseness (to allow another setting).


Cornelius Degen loves to work with hard woods. He is a goldsmith too, and he uses the same tools for metal and wood. He is fond of rosewood and grenadilla (African blackwood) because of their stability.

I've got 2 beautiful nose flutes by Cornelius, both made in Grenadilla. One has a slider in rosewood, and the other (not yet totally finished) with a perpex tuner. Their shape is very original and very well designed. The idea was to make a nose flute as small as possible, yet comfortable. And it is a success, those flutes are very easy to play, and despite their geometric shape, quite ergonomical. For those, Cornelius had to develop and create a special tool for his milling machine, in order to mecanically shape the oval profile. 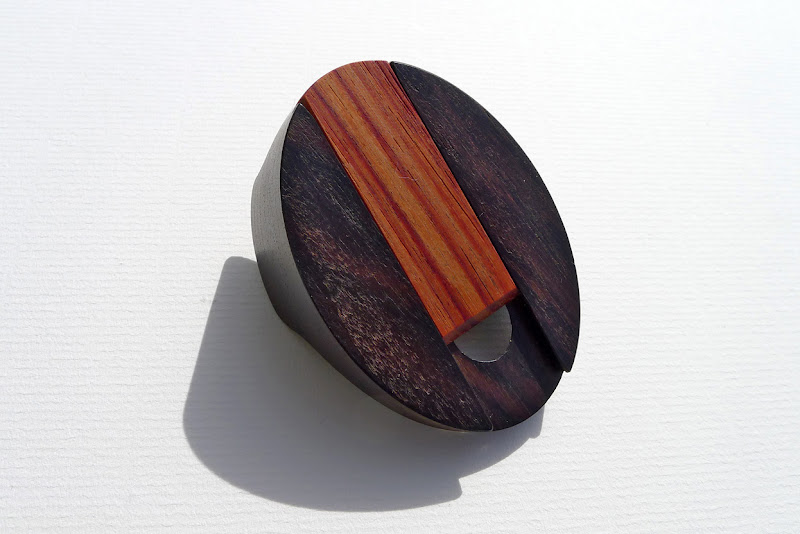 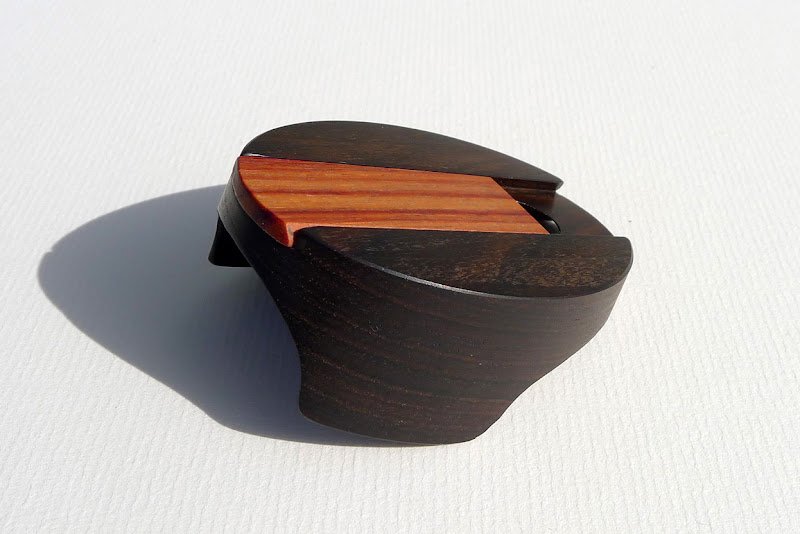 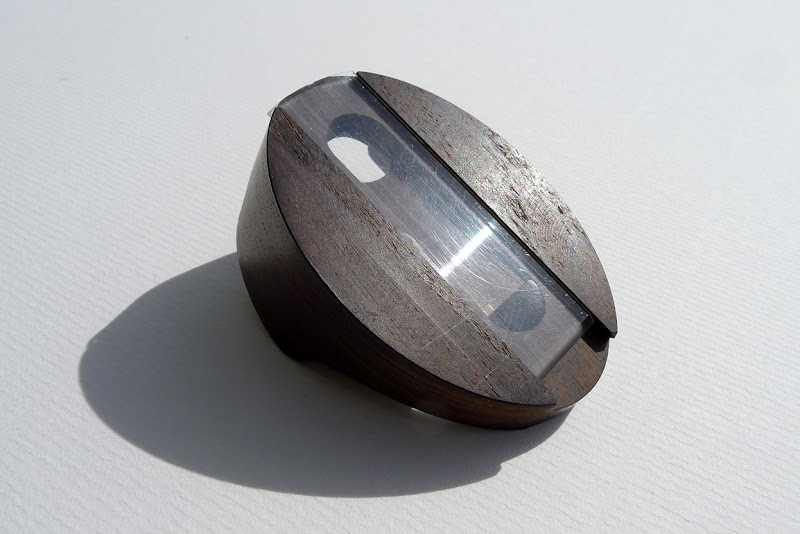 All the "technical parts" are milled or manufactured (Degen's flutes are 50% machined, 50% handmade) with a great precision, thanks to the ability and stability of the grenadilla. It is a pleasure to see the air duct, with its oblique plan, getting thinner and thinner, the more it reaches its exit. The labium is very very sharp and precisely done. 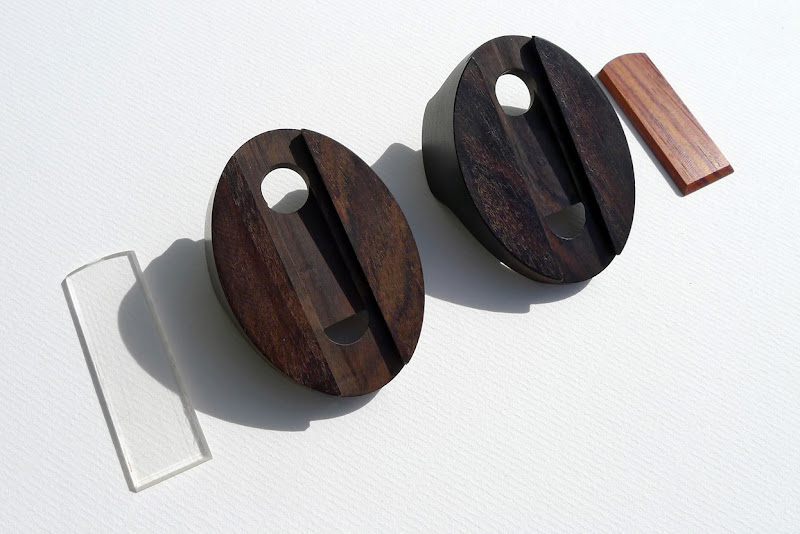 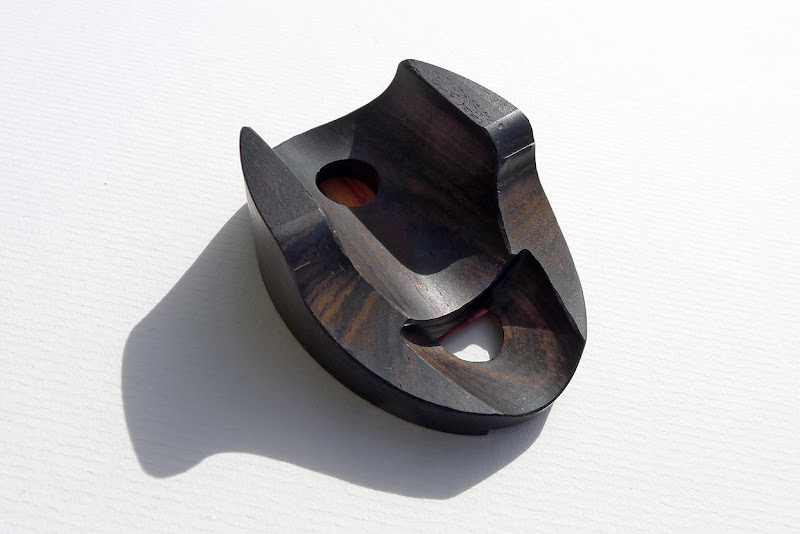 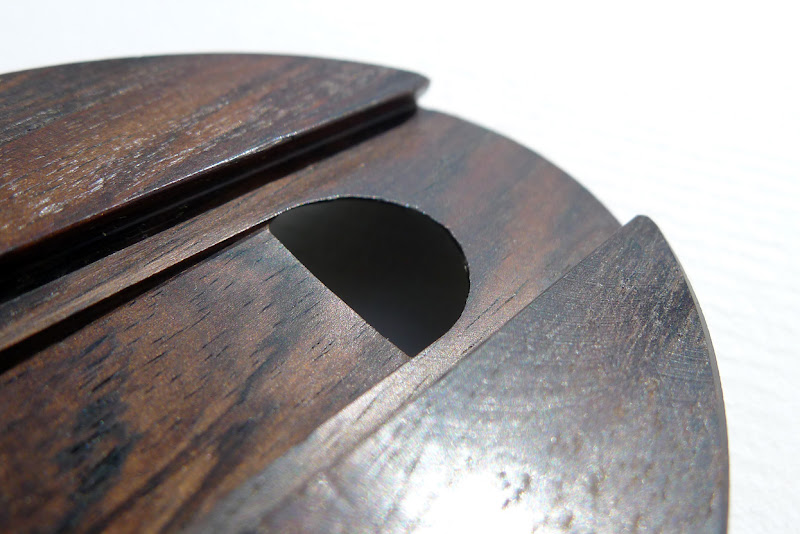 On the sound side, I must admit the Degen's flutes have reached my wooden flutes top 3. It is very precise, very confortable for me, and extremely powerful, thanks to its very hard wood. I could blast windows with its sharps, and I can set it for deep basses. I also found it so beautiful...
I'm not a good player enough to get and show all the possibilities of this instrument, but here is however a sound sample.

On the downside, I have noticed that you cannot set the tonality range after having played : the slider inflates a little bit with the blown humidity, and it blocks at its position until drying (15-20 mn). So, you cannot set the flute between songs if you perform on stage. This problem does not appear on the plastic slider model, however. Anyway, the slider works well and is not "just a gizmo".

The other "down" point is the price. The Cornelius Degen's nose flutes are quite expensive. They are made with precision, with expensive woods, half handcrafted and totally hand finished, so they deserved their price. But they are not affordable to a modest purse.