When I fell in love with the Bocarinas™, I was a bit disappointed there were so few colors available. Oh, I understood Chris Schuermans arguments: fabrication, cost, market... And I even made a color study with a poll among my architects and engineers students, for a result very near the actual 5 color choice. They answered 5 colors would be the best compromise between choice and market, and asked for black, blue, red, orange and pink... ! But they also were interested in bright and flashy colors, even fluo.

On my side I had in mind the hypnotic marbleized or swirled patterns of the back of my vintage plastic ukuleles...

So, I asked Chris Schuermans if it was possible to make such psychedelic nose flutes. He answered me it was very difficult because, with the injection machines and the ABS plastic, the colored pellets would mix and produce a plain and uniform blend. Only a few, he added, present such uncontrollable effect, when they pass from the production of one color to another one, at the factory.

But he also added that he would ask the plastic injection company foremen to keep such samples when they produce the next batch of Bocarinas™. Unfortunately, the people at the factory forgot the request, and the swirled flutes were thrown away, as rejects.

Mr. Chris Schuermans is more than a gentleman. He is a generous friend. He asked the pigment companies for some samples, and launched an experimental batch at the plastic factory... just to please me! And the results — that he sent me as gifts – are simply stunning! New plain colors, but also incredibly swirled two-tones Bocarinas™! Beau-ti-ful! Thank you a lot! 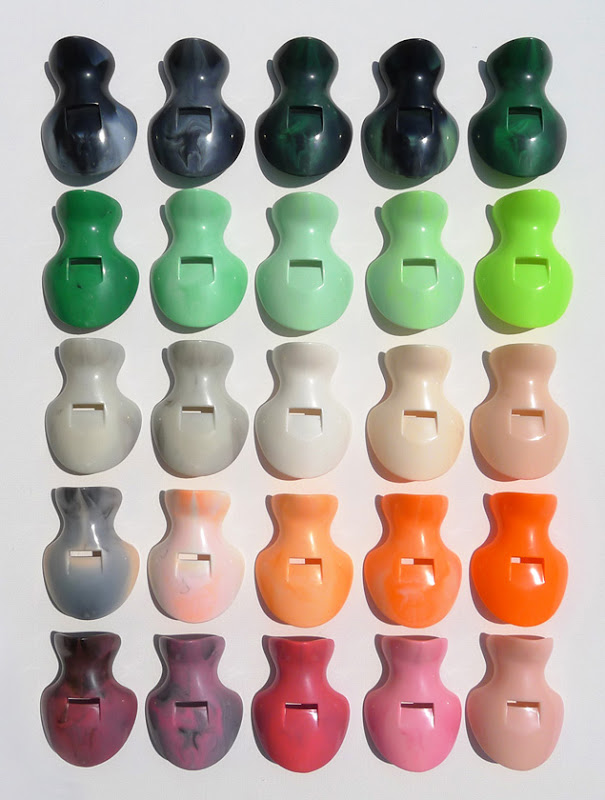 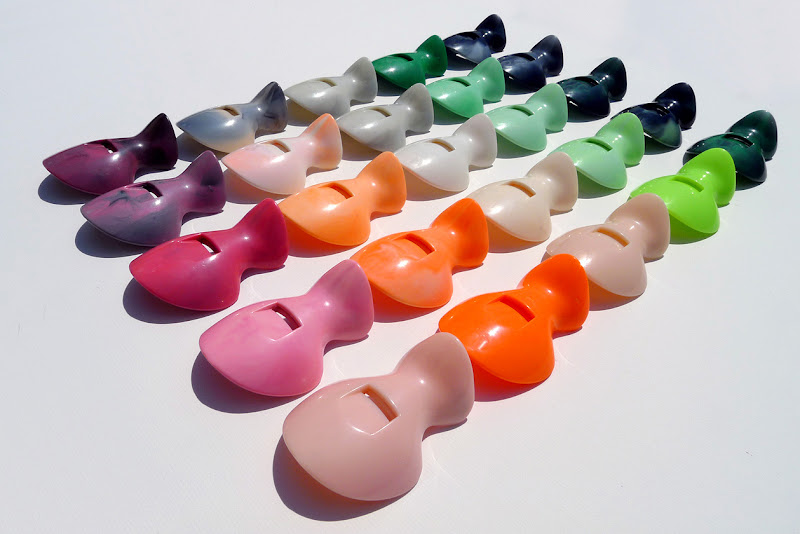 As you can see, new plain colors were produced, some very pastel, and some totally fluo! And at the top of the beauty : the swirled ones. They are so beautiful and unique, that I gave them little names... Let's take a tour !

Here is my Stingray : 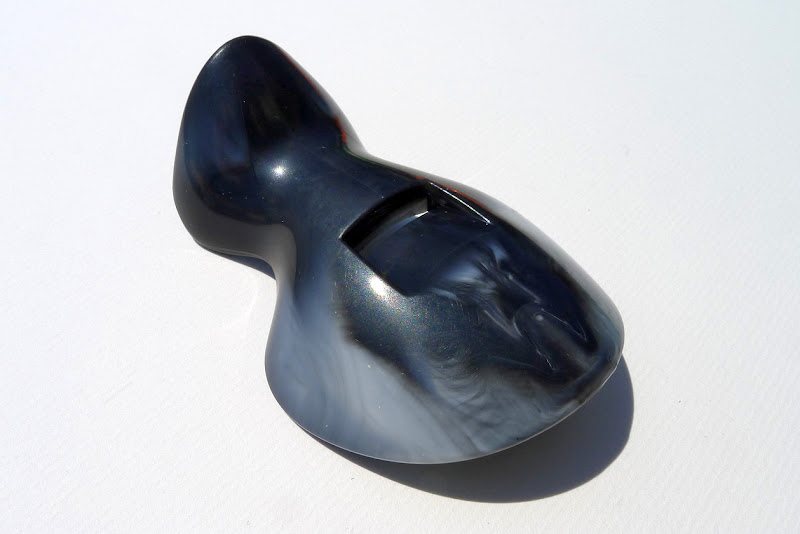 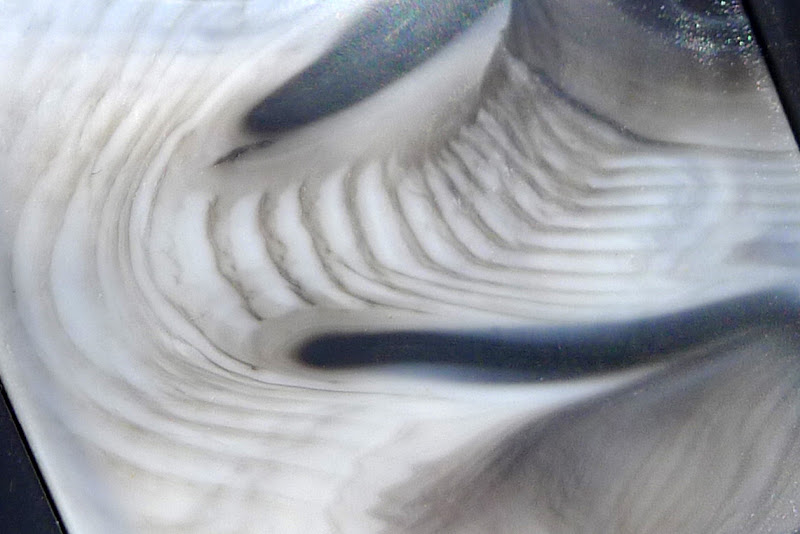 Look at this one, the Malachite Boccy! : 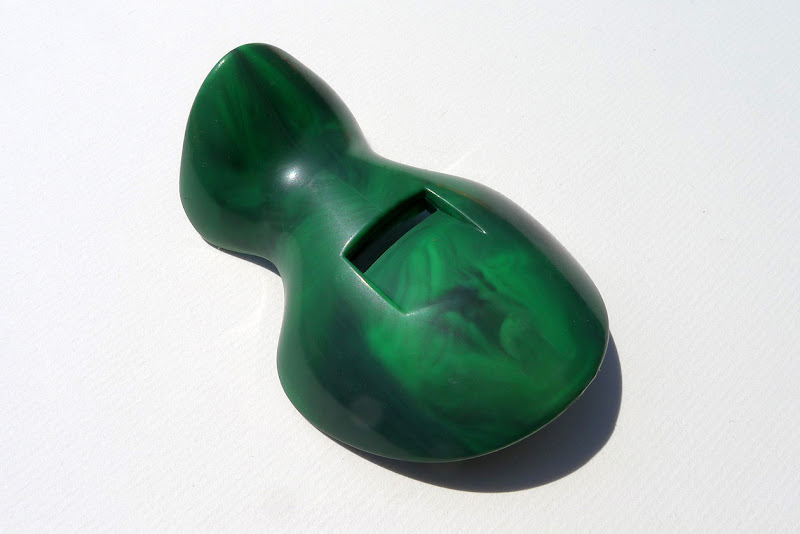 The Black Mamba is gorgeous... : 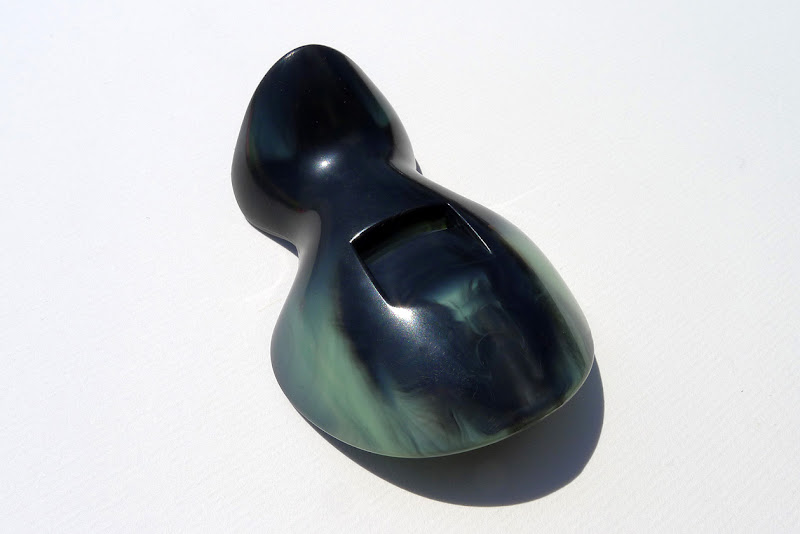 Sorry, I called this one Too Much Red Wine : 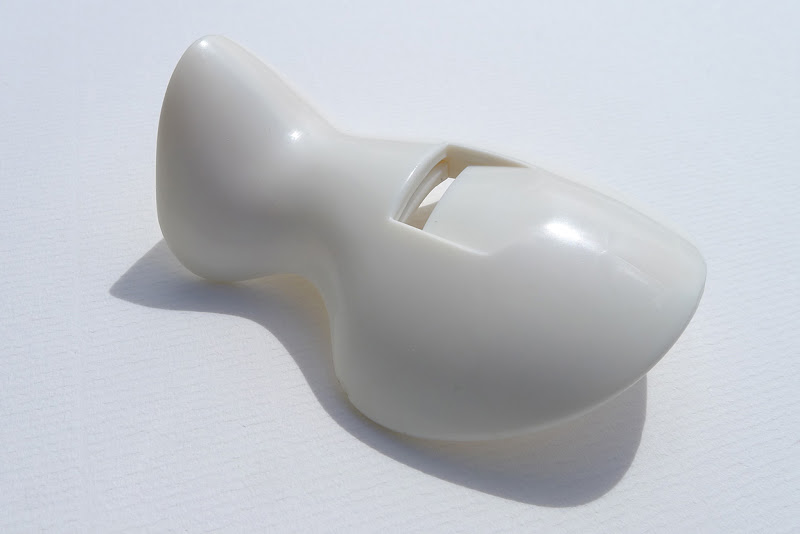 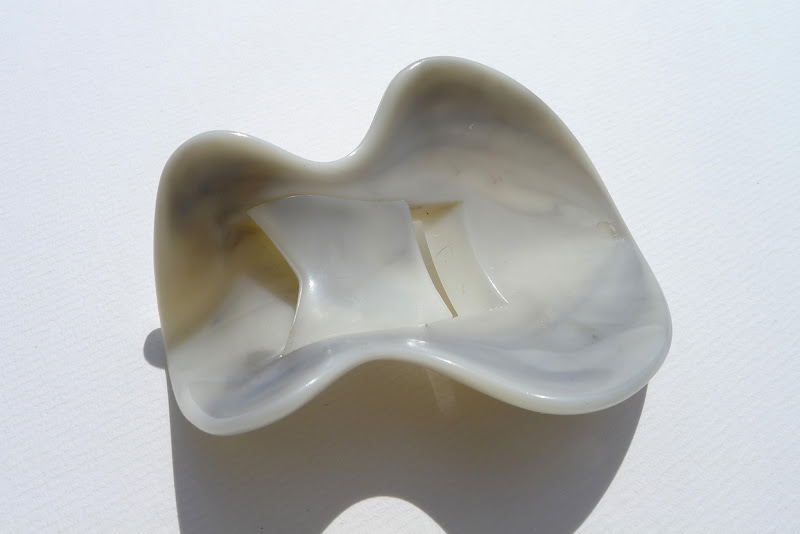 And for sure, I love my Scallop : 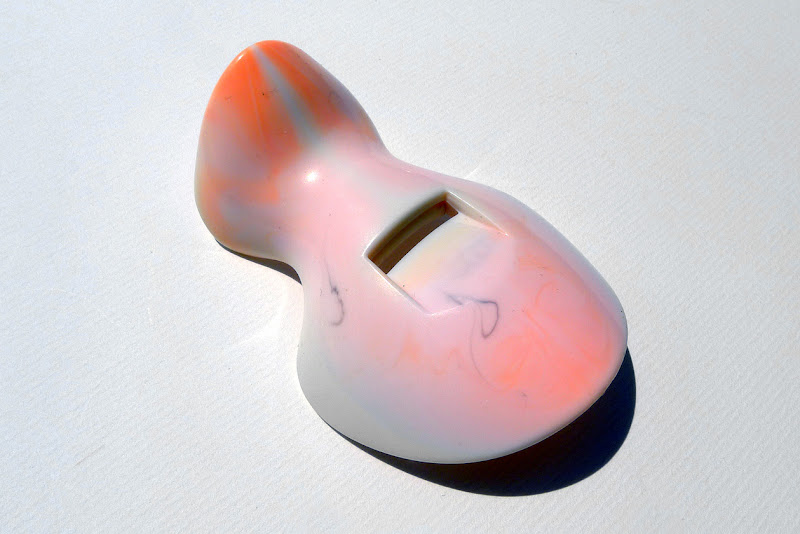 There is a pattern that often appears on the swirled Bocarinas™. It is certainly due to the injection mode and the way colors mix from the injection point. It's a ghost shape which appears on the front, just below the mouth hole, like. It looks a bit like the PI character or an angel: 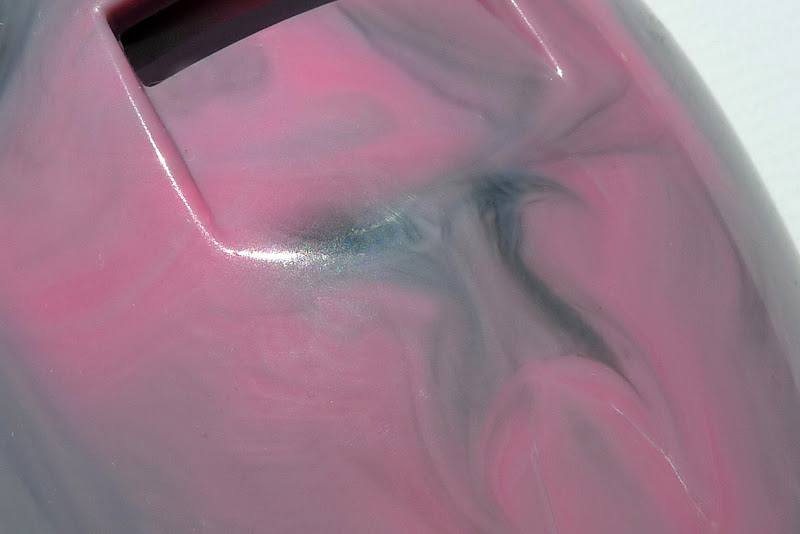 This last but not least one was kept by Chris Schuermans (Hum... I don't know if I can allow that! :)). I think he should call him Orca : 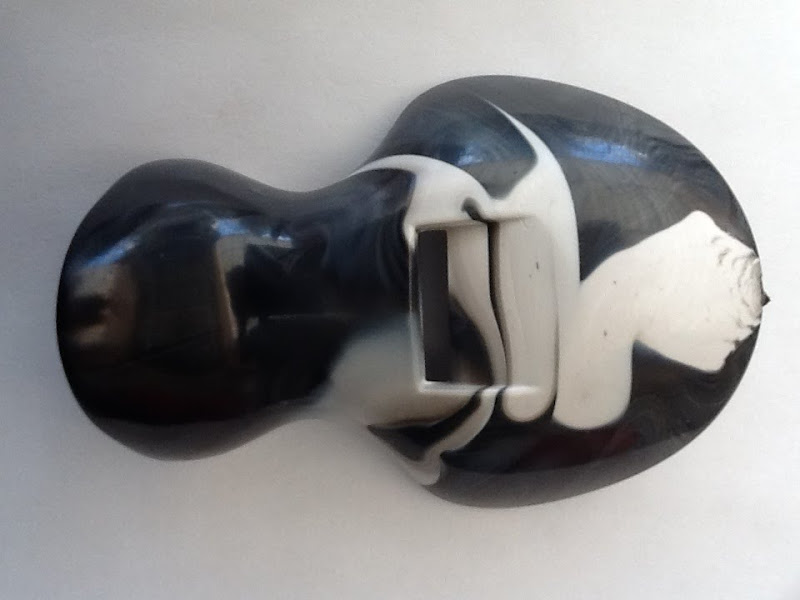