RON, an Ergonomic Approach - Part I

In 5 years, Japan has become *the* country — I mean the paradise — for nose flute lovers. Many player, organizations, events like perfomances, shows, exhibitions, competitions, radio and TV broadcasts... and even more: a number of nose flute craftsmen, amateur or professional, that grows from day to day, from the first hanabue maker Hiroaki Sasaki, to the psychedelic Akio Takamura & Go Nagayama, with the inventive Kunio Katada, the carpenter Takuma Ikeyama, and a rather newcomer, Yoshihiro Sawada, aka "RON". 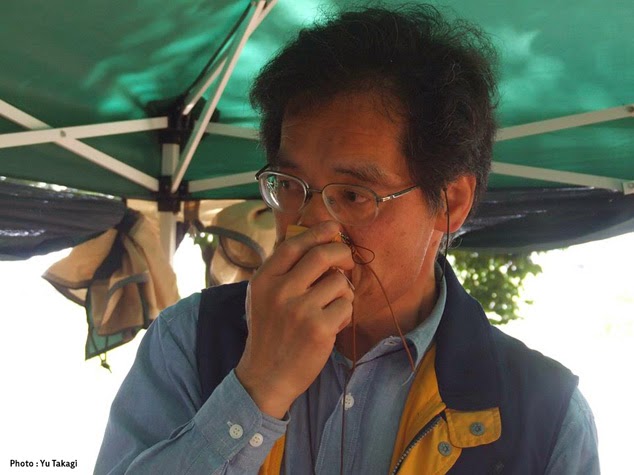 I contacted Mr. Sawada in 2012, I think, with the purpose of ordering some of his very recognizable clay nose flute — they've got a pair of eyes with lashes painted on them — but RON answered me something like "I'm am sorry, I'm not totally satisfied, I have to work more on them".

After I recently saw that RON nose flutes were sold at some hanabue exhibitions, I contacted Yoshihiro and asked again. I made my market among the ones that were still available, but at the moment to ask for the price, I got no answer. I tried again to ask, and was answered « these nose flutes are a gift for you ». WOW!!!! What a great gift!!! Thank you a lot Mr. Sawada! 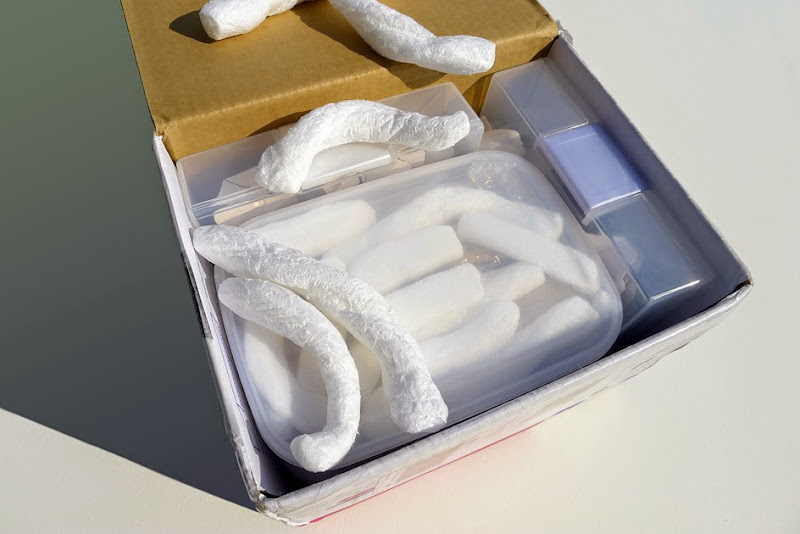 What I received were not only the 5 initial nose flutes I wanted to order, but also 16 more nose flute, ingeniously made from cardboard. Because Mr. Sawada has also designed several brillant (easy to build / efficient when played) cardboard nose flute templates. And besides the clay, he also works the wood...


1 - Paper Family 1
Among the numerous nose flutes I received from RON, there are several "families" of cardboard flutes. The first group looks to be named w15 and is composed of 8 different sizes — from 3 to 10 — dedicated to the different physiognomies, from little children to tall giants. In fact, Mr. Sawada, as written in the title, follows an ergonomic approach, notably regarding the distance between the nostrils and the mouth.

The w15 has simply been printed on cardboard (Japanese post cards!), precisely cut and glued. And As yu can see, it is a clever model, in that that it doesn't need a PhD in fine arts to mount it: it's an easy-to-build noseflute. The labium is even adjustable, the airway is prismatic — thus providing the requested Venturi effect of air acceleration —, the nose saddle is comfortable and... and it has a great and funny look with its pair of eyes!

The difference between the small and big sizes really appears on the length of the airway, as the top and bottom parts of the flutes remain the same. Thus, the angle that the airway cover makes with the body dramatically increases with the shortest sizes. Also, since the airway length varies, attack does accordingly (the shortest provides more attack). That's also the reason for an adjustable labium, since the air angle depends on the flute size. All of that was very cleverly thought and designed.
Finally, on the shorty, the space left to place the eyes is very small, just under the nose saddle, and so, the baby looks a bit angry :) 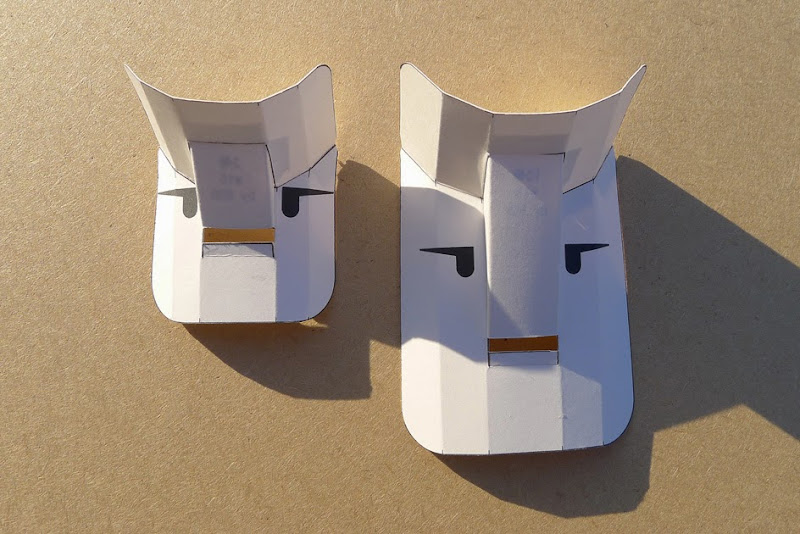 2 - Paper Family 2
Yoshiro Sawada also sent me the four sizes of an even clever cardboard nose flute he designed. Why "even clever"? Because this model is the simplest possible (I guess) template one could achieve: 2 parts, 6 foldings, 1 hole and only 2 points of gluing. It is declined in the sizes S, M, L and LL.

On this model, the airway is not "external" but "internal": it is a piece of carboard which is used to form a trapezoidal frustum shaped airway, and at the same time is used as a "bridge" to keep the nose flute in its folded shape. Once again: very clever!


3 - Other paper
On the same system but with broader lateral "wings", RON made decorated nose flutes, either printing text and images on the template, or using photos, producing beautifully customized hanabue.


On the same topic: