Jean Dubuffet, one of us!

Jean Dubuffet (1901-1985) was a great painter and sculptor. He was the inventor of the "Art brut" ("raw art"). He approached the surrealist group, became member of the College of 'Pataphysique.

« Dubuffet sought to create an art as free from intellectual concerns as Art Brut, and his work often appears primitive and childlike. Nonetheless, Dubuffet appeared to be quite erudite when it came to writing about his own work. » (wiki) 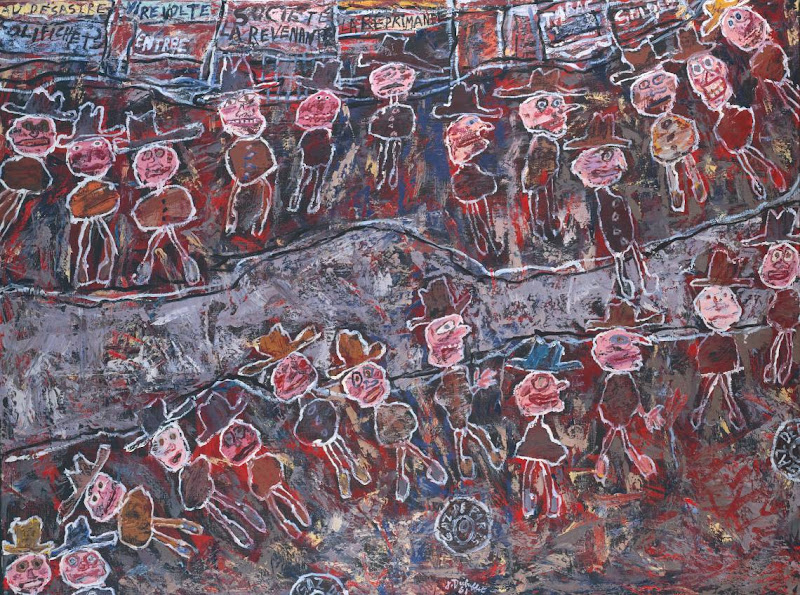 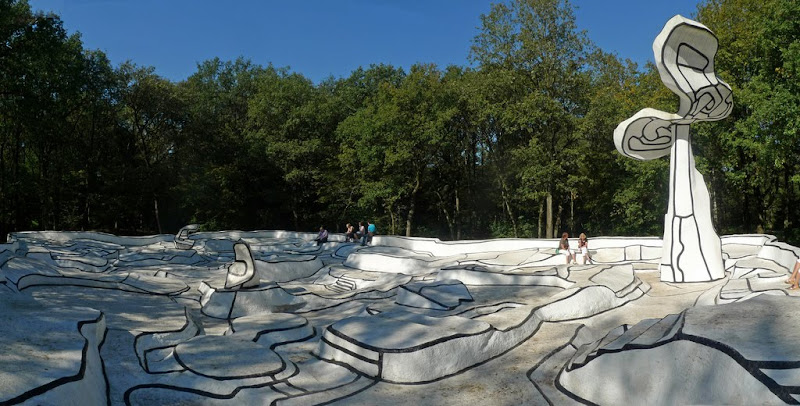 « In late 1960–1961, Dubuffet began experimenting with music and sound and made several recordings with the Danish painter Asger Jorn, a founding member of the avant-garde movement COBRA. »

Indeed, he recorded several albums of "Experiences musicales" or "Musique chauve" ("bald music"), using many different instruments (You can listen to his experimental music here)

A picture of 1961, by Jean Weber, and the cover of Dubuffet's musical work: 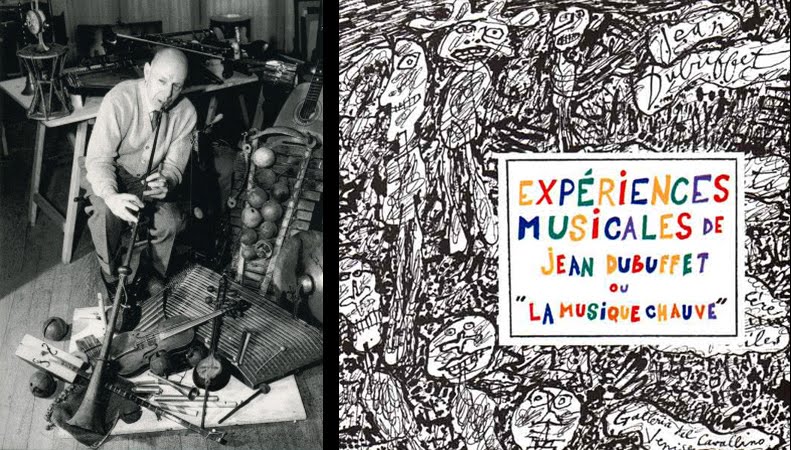 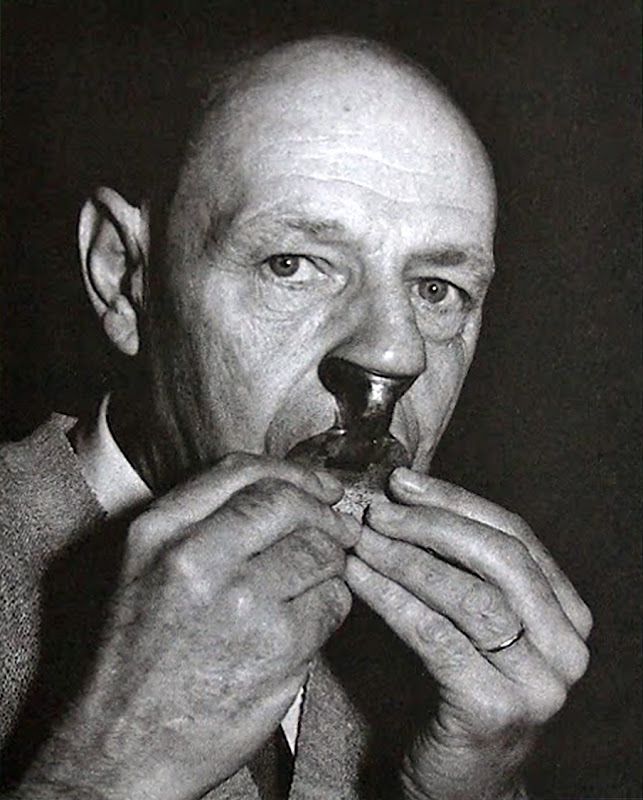 At first glance, I thought it was a Humanatone. Jean Dubuffet had an agent in the USA, and travelled to America very soon. So, the flute could have been bought there.

In a book published by the Dubuffet's Foundation, one can see the Weber's photograph, with a caption: « Jean Dubuffet playing a nasal flute (or narinette), Paris, 1961. » : 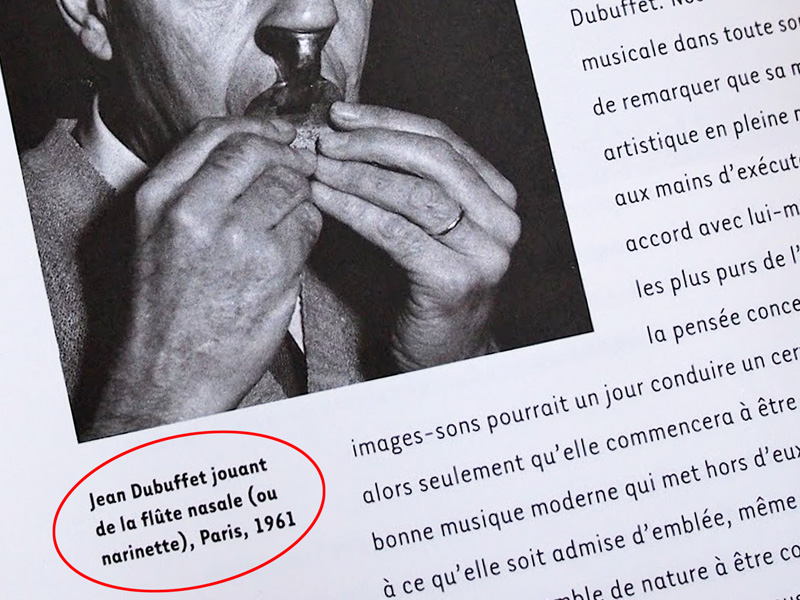 Was there a nose flute called Narinette? No no no. This name is the result of a double mistake!!

Indeed, there was an instrument called Varinette, with a V. The Varinette was a "double kazoo" (2 vibrating membranes) invented in 1919 by the Abbe Jules-Ernest Varin. 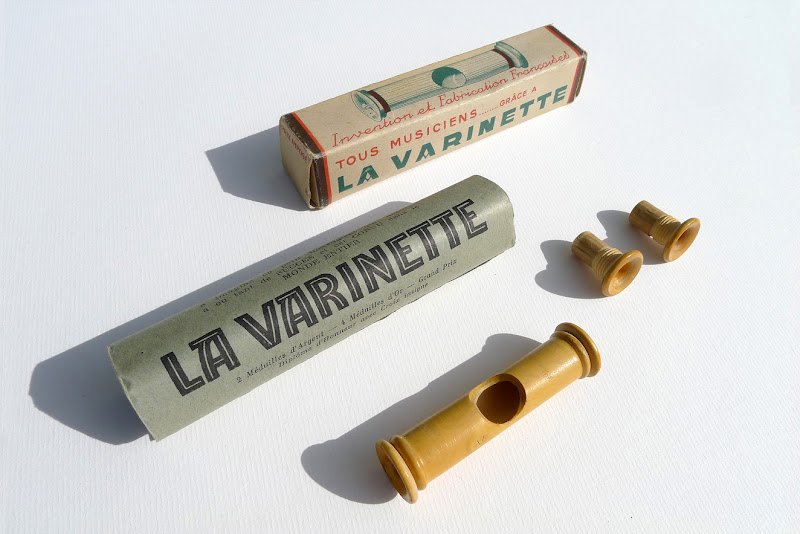 How may I be so sure of the confusion Narinette/Varinette and why a double mistake?

Because I found a footage. In 1961, Terre des Arts, a french TV program dedicated to arts, broadcast a documentary about Jean Dubuffet. A part of it focuses on Dubuffet and music, and the artist presents the intruments used for his recordings with Asger Jorn. Dubuffet shows and plays his nose flute! But you will hear at the very beginning of the 10 seconds footage that he clearly pronounces Varinette and not Narinette.

So, Dubuffet made the first mistake, calling Varinette his nose flute (confusing with the double kazoo), and then, the book author made the second one, transcribing Narinette with a N. Indeed, « narine » means « nostril » in French, and Narinette could have made a funny name for a nose flute...

Short, but wonderful, isn't it?

So, what nose flute is played by Dubuffet? In the footage, one can clearly see the instrument straight heel, and it makes no doubt that Dubuffet's nose flute was the french Ocariflute! The instrument looks already "vintage" and a bit rusty: it is already 35 years old or so. 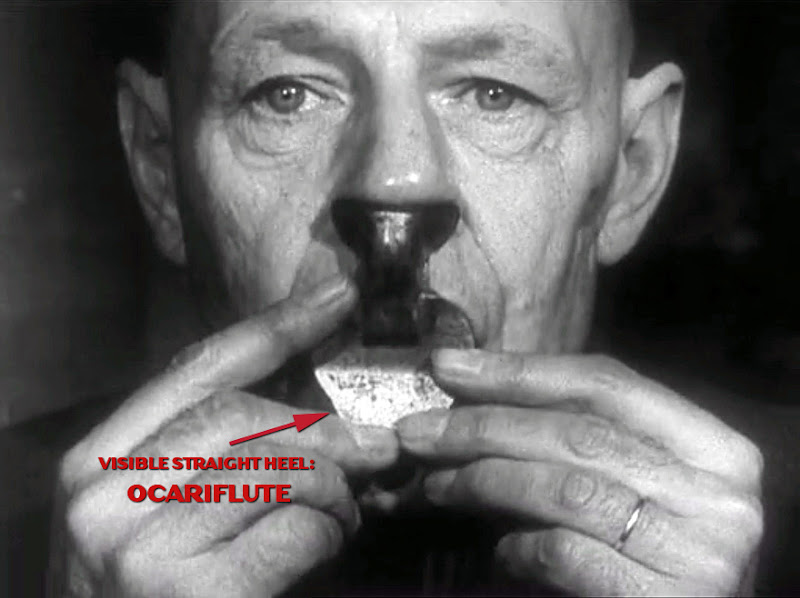