Before to present to you the nose flutes made by Kanae Miyazaki, we need to expose who the character Okan-Khamen is.

Kanae Miyazaki is a potter and an illustrator, living in Osaka, Japan. She was a craftman in Kiyomizu-ware for 10 years : « My job was to draw pictures on japanese traditional tablewares. I retired from that work 5 years ago. I make my opus in my homekiln now. »

Kanae is fond of birds, and particularly penguins, parrots and parakeets. Two of those live at her home - Pon and ChaCha - who are often the heroes of stories written and drawn by Komatsuka Nae (Kanae's alias), or the subjects painted on her ceramics. Opi also, the personal winged friend living c/o Opi Toumoto, birds photographer and Kanae's friend. 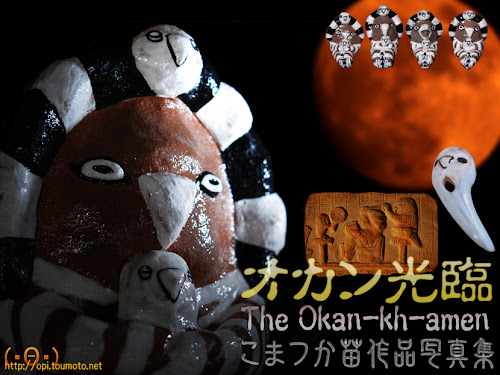 « Okan-khamen is the queen of the parrots. She was living in the royal palace of Tutankhamen. After the King Tut died, She went on a trip around the world (She came to Japan). She has a high status, She does not talk and move Herself. Her strong bird smell is a symbol of power. Instead of Her, a bird in Her hands tells Her opinion ». Komatsuka Nae feels it necessary to add « This is a fictional story ».
« At first, I made it as a vegetable container for birds. But birds were afraid it, because it has eyes similar to a falcon ones. But bird fanciers were amused by Okan-khamen character. ». Indeed, it has become some kind of "cult" among a genteel community. 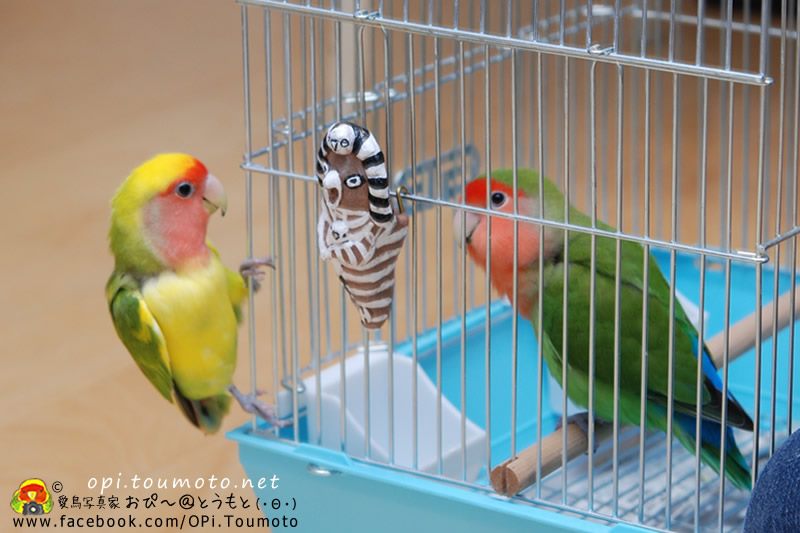 The name Okhan-Khamen is a pun with Tut-Ankh-Amen, where « Okan "means "Mother". It's slang in japanese. Okan-khamen's hairstyle is similar to old mothers hairstyle. » 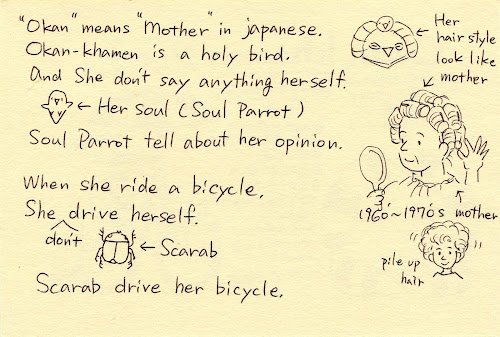 The drawing on the back of the card looks like a western women with hair rollers. But Okan-Khamen hair style looks more like traditional japanese ones. 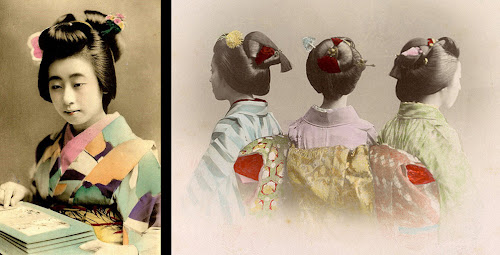 So, as you can read on the card shown above, the parrot-Pharaoh rides a bicycle, but does not deign to pedal Herself, and is motorised by a scarab.

So what is the story ? I suppose there are many. But thanks to the book Kanae sent me and had the delicacy to translate in its important scenes, we can get an idea : The archeologist Opi (Toutmoto's personal birdy) and his assistant Pon (one of Komatsuka Nae's friend) discovered the Okan-Khamen treasure and were able to retrace Her story. 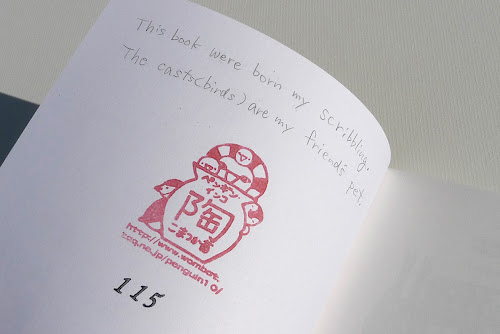 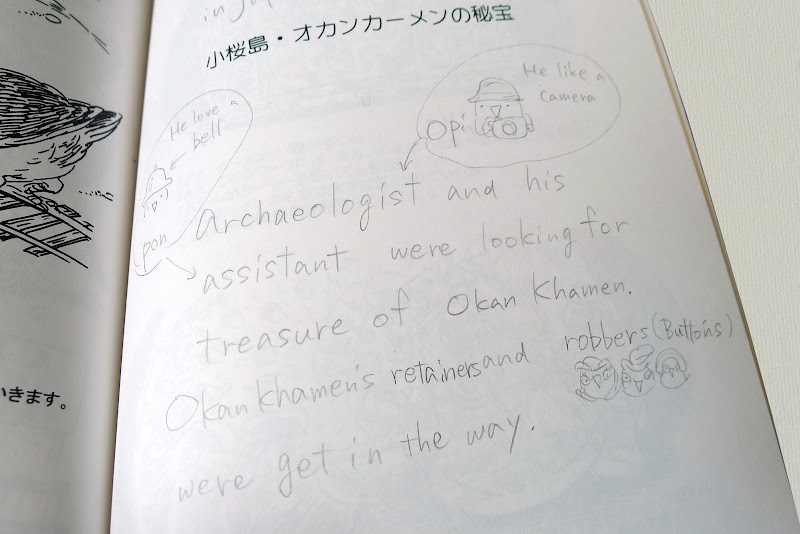 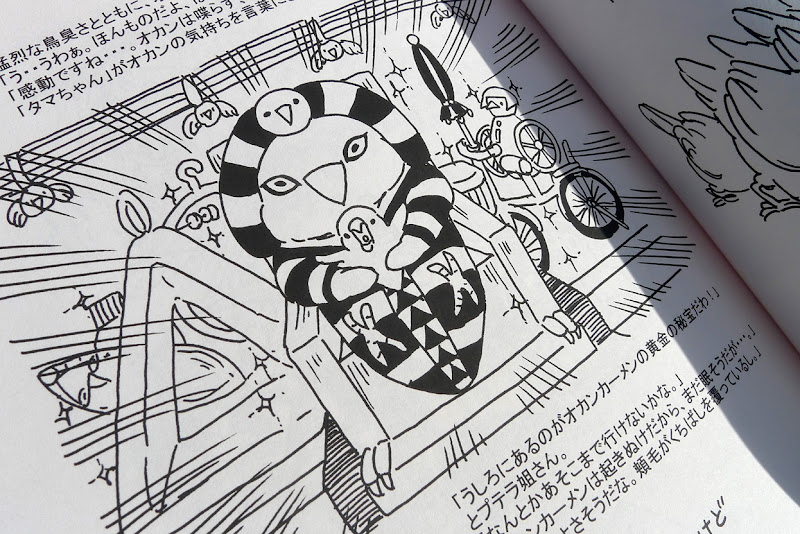 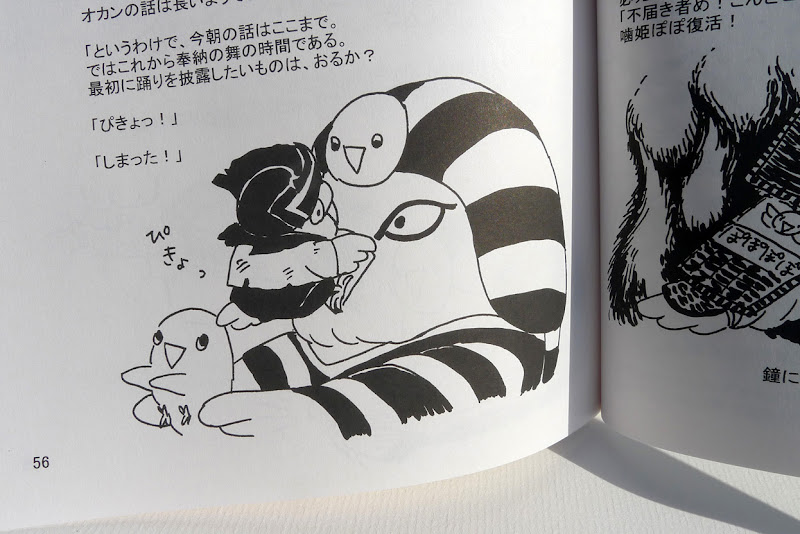 Many many other pictures of Okan-Khamen, by Opi Toumoto, can be seen here (chose a Picasa link in the bottom of the page)


And the nose flutes ???
Kanae began to produce nose flutes last november, and made about 30 of them. « I am going to make for a while. I have not yet made a satisfactory noseflute. » Well, we can already say the large Okan-Khamen in our possession is a very easy and good hanabue!

At the question concerning Komatsuka Nae's playing, she answers : « Sorry, I am not good at playing musical instrument ». We would like to judge by ourselves!


One last word... I showed one Okan-Khamen hanabue to my cat Patafix, who loves birds, particularly when young and crunchy :) And Kanae imagined a meeting between Pon, ChaCha and Patafix, where the nose flutes are used as protective shields. Here is the funny drawing (the text say "Pleased to meet you!"). 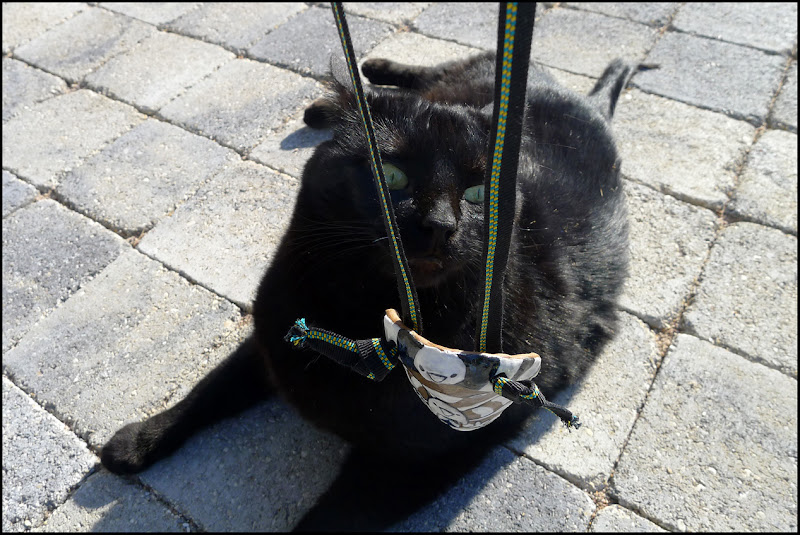 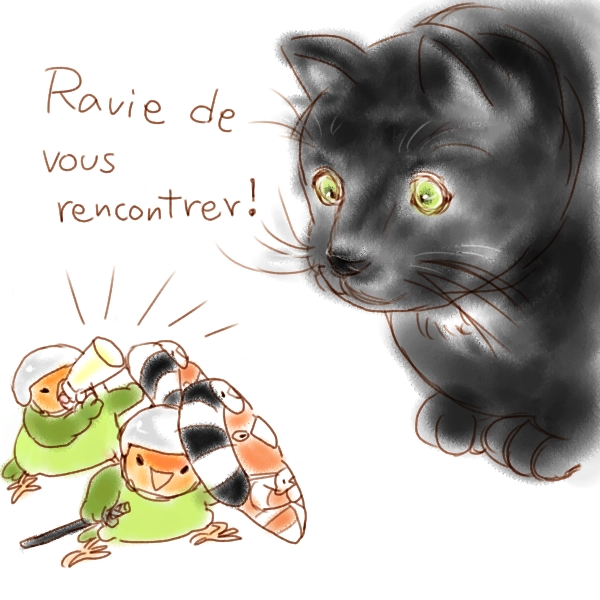