Sequel of the post This Amazing Mr. Goldstein - Part I

So, J. Goldstein, inventor of the Wunderflöte, was living in Berlin around 1910. I was not able to locate the name at the same address (Lothringer Str. 100) in any address book.

But Mr. Steinbrecher found the existence of a 1912 french patent for a "wind instrument", and filed by an inventor named Joseph Goldstein:

I've been able to find the french patent: A nose flute, and a great one!

The instrument is a pure "german nose flute" copy, or better said, not to be anachronic, seems to be the original version of the one made in Brunndöbra in the 1920's. The shape is quite identical, notably the air chamber cover, and the clipping system is the same: 2 rectangular flaps ended with a half round spur inserted and bent around a slot (remember that the Humanatone is riveted). But the Goldstein flute has no upper-lip rest, contrarywise to the Brunndöbraer (2nd pic below) and to... the Wunderflöte. 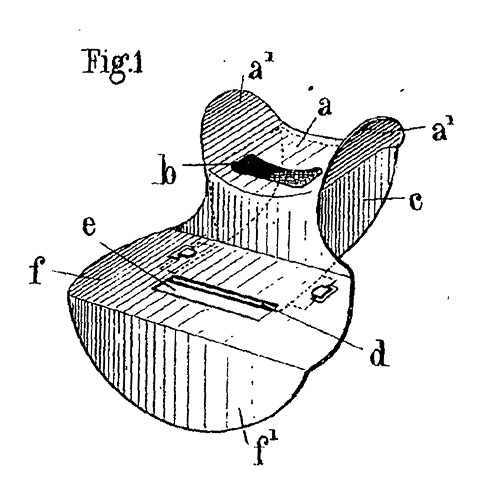 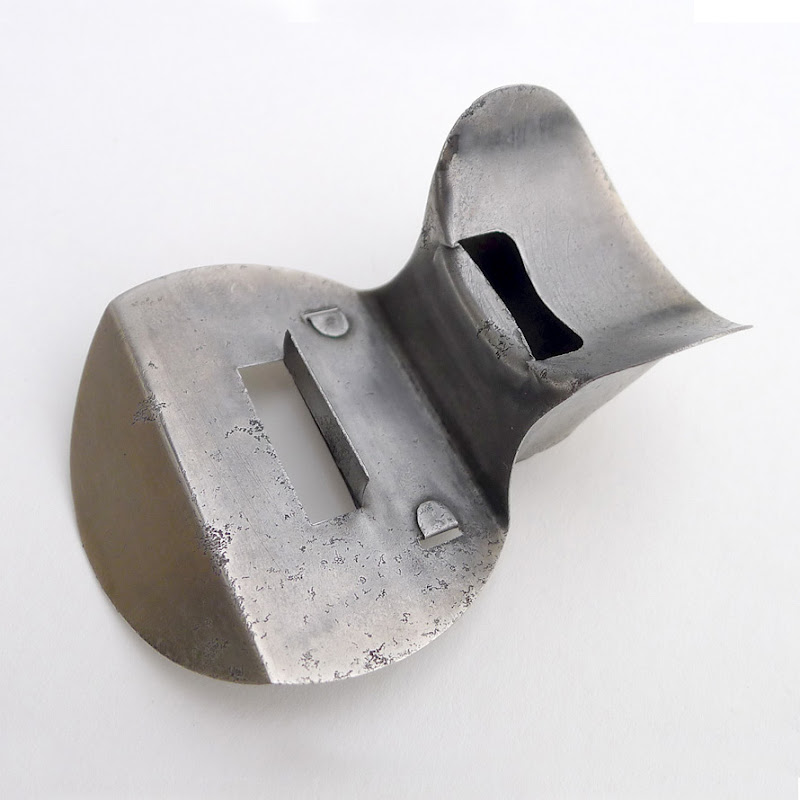 The most interesting feature is a large amplification cone placed in front of the mouth hole. More than a simple amplification, this pavillon is intended to produce a sound change: « Le timbre du son émis par l'instrument muni d'un pavillon est compris entre celui de la flûte et de la clarinette, tout en se rapprochant plutôt de celui de cette dernière » ("the timbre of the sound emitted by the instrument equipped with a pavillon ranges between the flute one and clarinet one, while approaching rather much to the sound of that last one.") 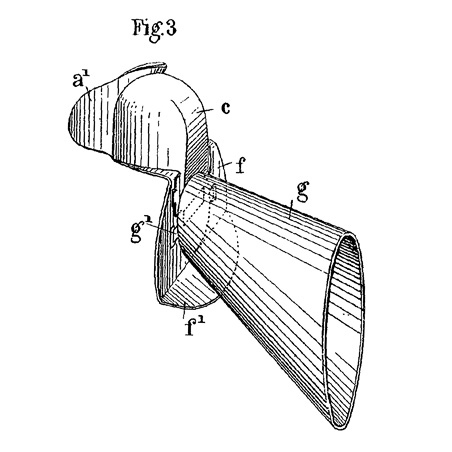 Indeed, in the patent, the pavillon is an option: it can be set in a bezil, be soldered or be removable. The description describe the instrument mounted with a pvillon as a "variant". Also, the shape of the horn can be straight, or shaped like a horn. 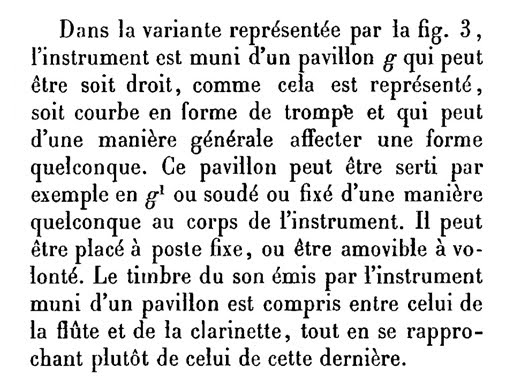 Finally, the instrument is planned to be priorly built in metal, but Goldstein thinks it could be made in porcelain, terra cotta, celluloid or any other material.

Was this Joseph Goldstein the Berliner J. Goldstein? I would love to be 100% sure, and I'm not. The problem is notably that, if Goldstein-Berlin and Goldstein-Paris are the same person, it would mean that J. Goldstein left the Kingdom of Prussia in 1911 or 1912.
Can we imagine that the Wunderflöte would still have been available in Germany after he emigrated? The question gets more difficult while the Godstein Nasenflöte reappeared in the 1941 book by Siegfried Wolf: 30 years have passed, and the Wunderflöte would have stayed in the memories... More, another german nose flute had spread much wider, the one made in Brunndöbra. Why did Wolf dealt with the Wunderflöte and not with the one that was available at that time?
It seems there was no patent for the Wunderflöte, so, how to imagine that Goldstein sold the idea of his Wunderflöte to some other manufacturer who would have maintain the production? ... Too many questions.

In 1925, Joseph Goldstein files another patent. A British one this time! Filed May 7, 1925 and registered Mar. 18, 1926, the patent GB 248,958 is applied for "Improvements relating to Musical Instruments" and regards « reeds for wind instruments that may be played by the modulation of the human voice ». It is a kazoo-style instrument, roughly shaped like a saxophone.

With this patent, we learn more about the inventor. Goldstein resides 35, The Minories, Aldgate, London. And he declares to be of Roumanian nationality.

On Jan. 26, 1926, Joseph Goldstein files another invention. The british patent GB 257,164 is registered Aug. 26, 1926, and regards "Improvements relating to Wind Musical Instruments". And this one is a great one!

Goldstein has invented a nose flute combined with a slide whistle! And the idea is that « a duet may be played by one and the same instrument »! Does it really work?

The nose flute itself is rather common, using again a clipping system with rectangular flaps with rounded endings inserted in a slot. This time, it feature a upper-lip rest.
The slide whistle also is not particularly exceptional. But the combination is simply gorgeous! Can you imagine a perfomer on stage, playing this tremendous slide and nose whistle?! 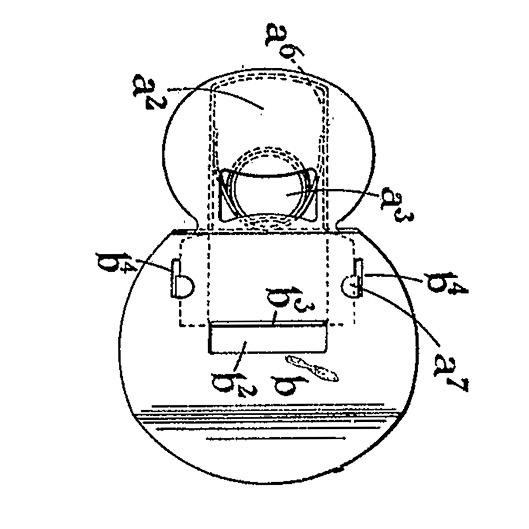 Can this instrument really produce a duet? Well, there are 2 labia, and there is no reason for the slide whistle one not to work. But on the nose flute, the air chamber increase or decrease in size when the plunger is operated, and thus, the note produced on the nose flute is influenced by the slide whistle. So, is it really possible to play a duet? Need to build one to know!

So... No evidence that J. Goldstein (Berlin) is Joseph Goldstein (Paris) or Joseph Goldstein (London). However, there are nice probabilities. The name, the instrument, the patents/inventions, and the dates. The only real question is about the Wunderflöte: all long have it being sold after 1910-11? And if it had some durability, how could it be? What is the link (if there is one) with the 1920-30's Brunndöbra nasenflöte?

We propose Joseph Goldstein to the Nose Flute Hall of Fame!