Dear readers, I just had the great luck to receive some of the new japanese plastic nose flutes. It was a gift from sensei Mosurin, and I am very grateful towards him. Mr Mosurin also gave me some explanations and answered my questions. 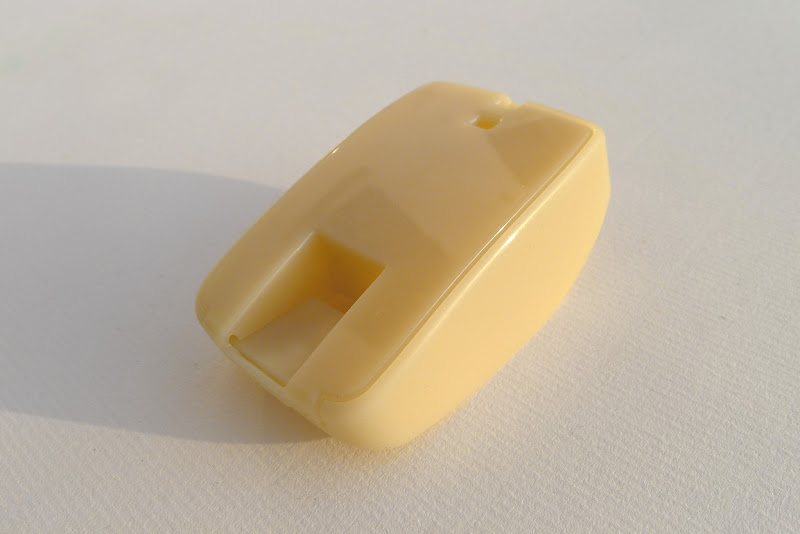 The nose flute « Adachi » (from the name of Mr. Katada's town), in its « Beginner » declination, is born from a pedagogical project. Mr. Mosurin, besides his artistic activities (concerts and recordings), teaches hanabue playing, notably to pupils at school.

Mr. Mosurin's idea was to have nose flutes available, especially designed for children in their dimensions, ergonomic, well working, cheaply priced and providing a certain hygienic quality. Done! And it's a success!

The first images of this project appeared on Mr. Katada's blog Ki_Kanban. In February, Kunio Katada published some first test-prototypes. The design was directly inspired by the wooden nose flute handcrafted by Mr. Katada, and called Adachi. Indeed, despite different dimensions and proportions, the Adachi hanabue is recognizable through the shape of the plastic « Beginner » nose flute. 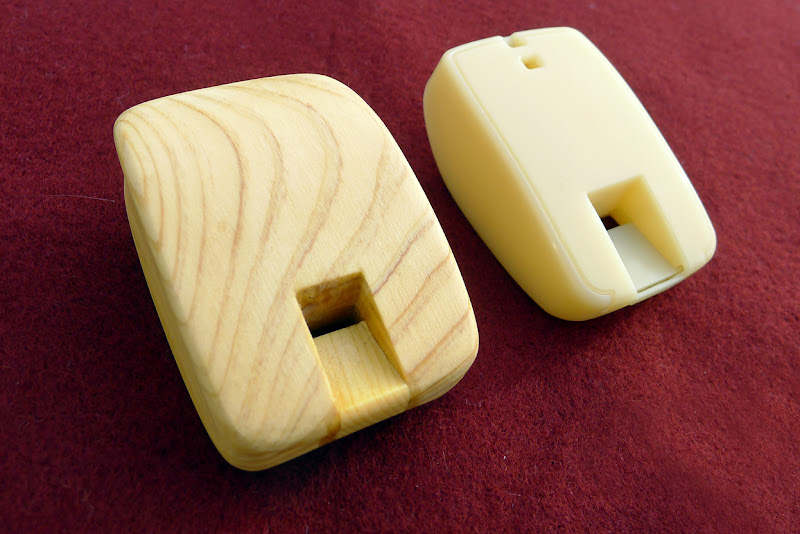 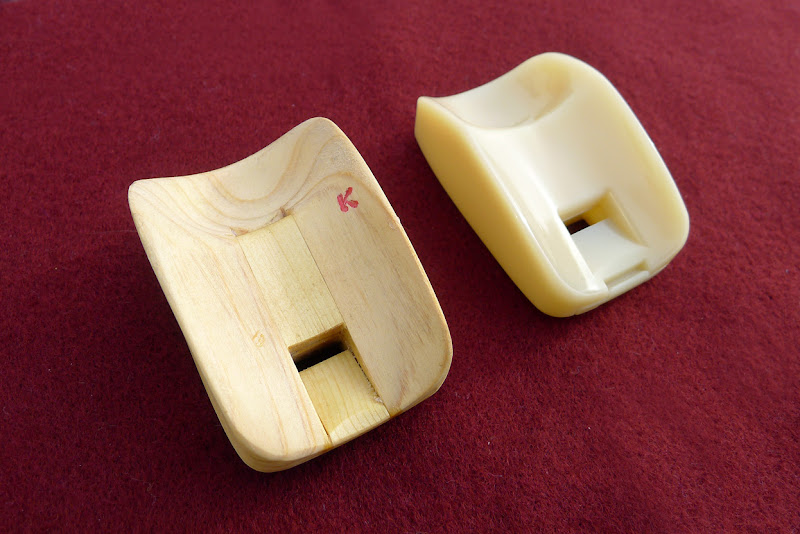 The production (and probably the final design and engineering) was the work of Amuse, Inc. Amuse is a japanese entertainment company, based in Tokyo, « that provides artist management services. The artists include gravure idols, musicians, and so on. Amuse also produces TV & radio programs, commercial films, and movies; other interests are in publication, music software, and patent agent businesses. » (Wiki). For instance, any ukulele player knows the plastic instruments designed by Kazuyuki Sekiguchi and produced by Amuse.

So, compared to the wooden model, the beginner plastic nose flute is smaller and narrower, but with a larger mouth hole, and some supplementary features. It is a beautiful "pebble-style" instrument, made of a very good strong plastic. The color is "butter" and the feel in the hand is very sensual. 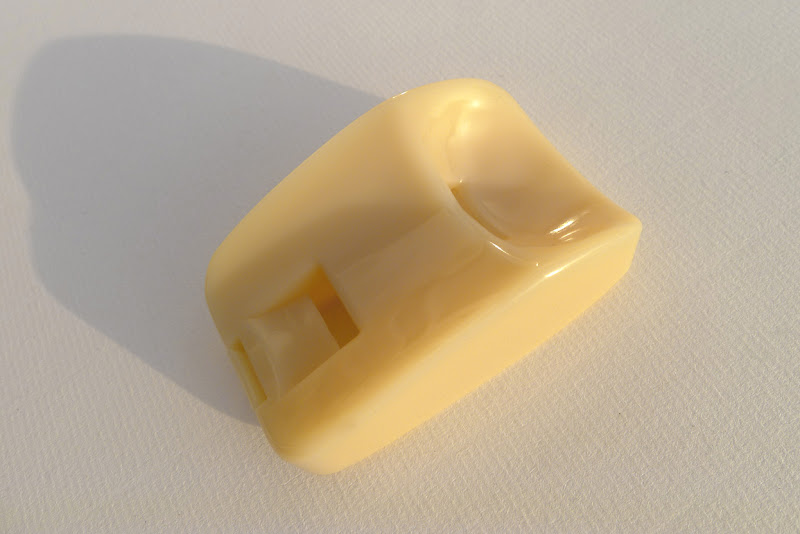 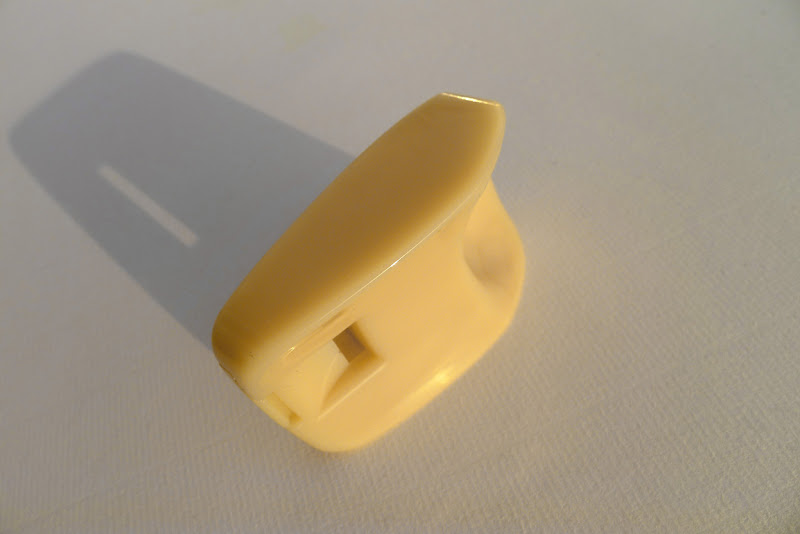 Adachi for beginners is a real technical object. It is made of 2 parts, and for hygienic reasons, the nose flute can be opened and cleaned. When it is opened, the air duct is split in two, and the inside is accessible for cleaning.
This openability feature induced some efforts on the design of the inner shapes: 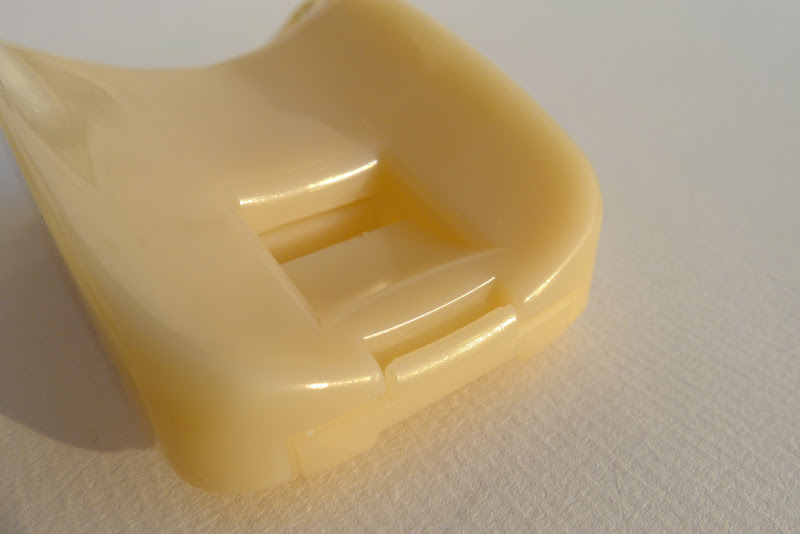 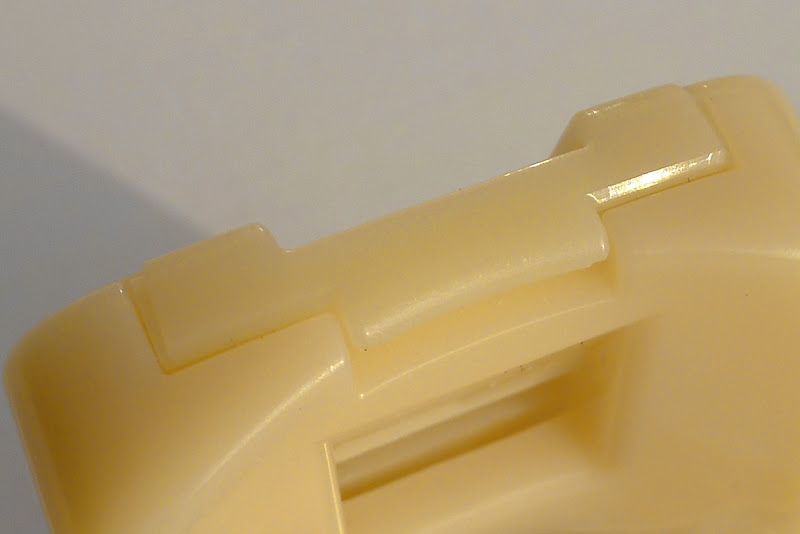 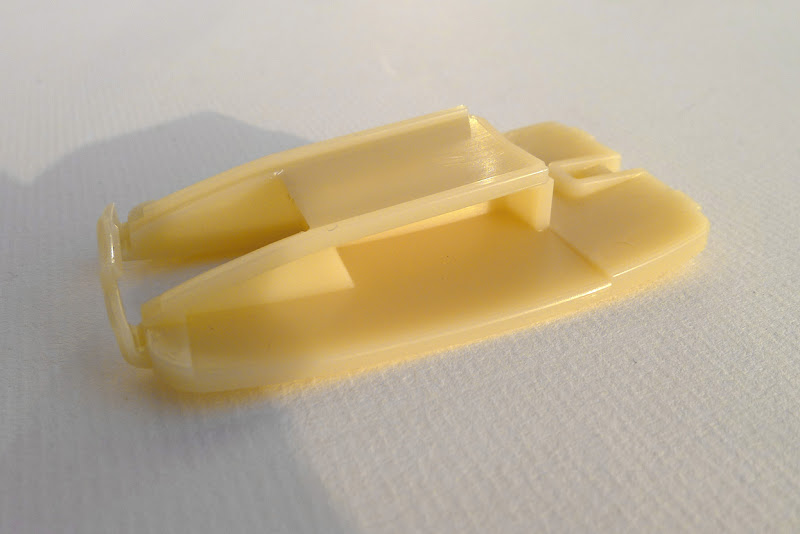 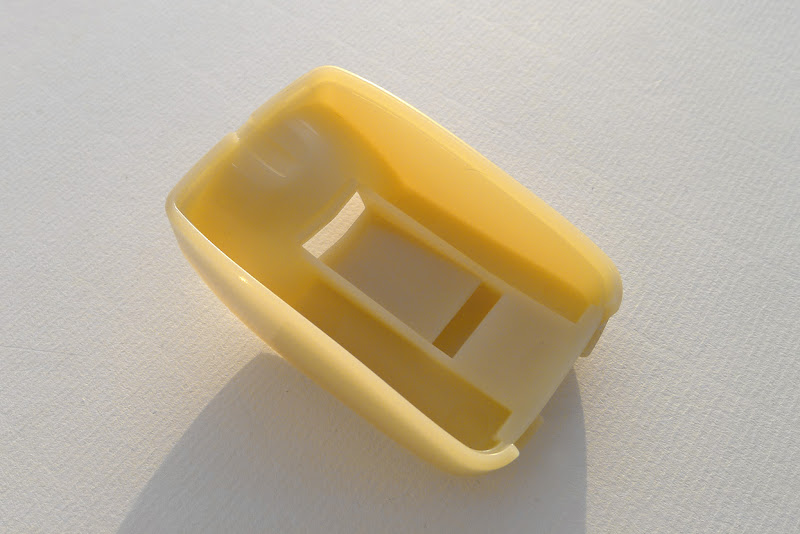 The nose flute also feature a system to receive a neck cord, but has not been planned for handsfree playing, which is understandable, since it's a beginner's flute.

The mouth hole is rather large, and hosts a huge double-beveled labium, extremely sharp. Since the airway is very short (notably due to the "children" dimensions), we can expect a super-precise whistling, with a great sound attack.
The nose saddle is quite comfortable, thanks to its deepness. 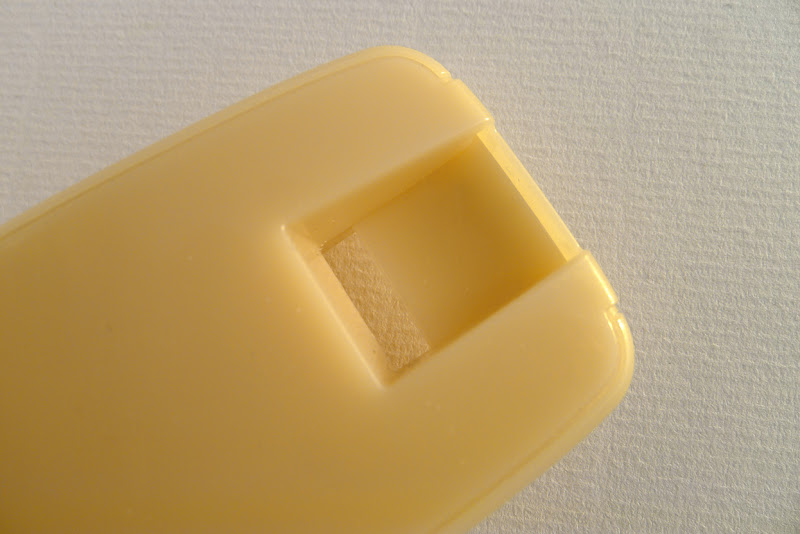 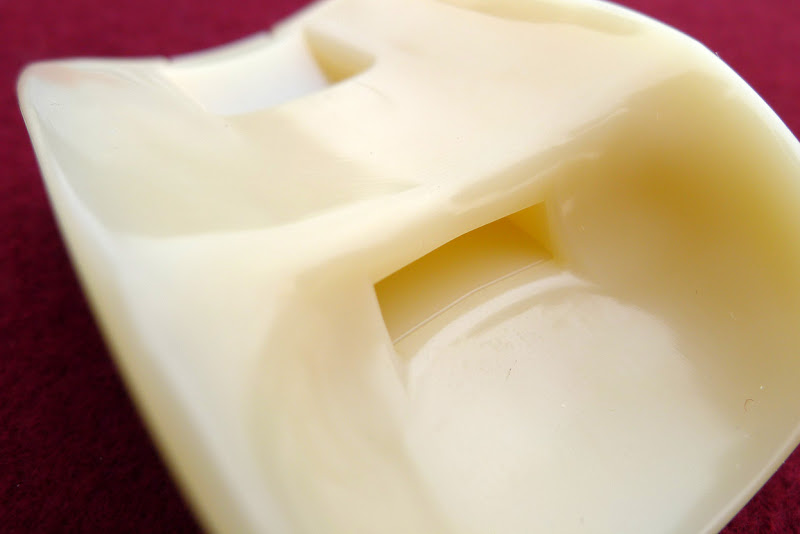 On the sound side and playability, the Adachi-beginner reveals itself to be a great player! The tonality range is equilibrated, sharp oriented though. It is easy to produce precise sounds. The airway is short, and the notes are neat, the changes, immediate. Adachi is very sensitive, allowing series of quick notes. Very few air is needed to make the instrument whistle. Any effect, like tremolos or vibratos, are really easy to produce. I must say that this flute is a hi-end instrument.

An adult-sized production is planned, with no date yet. But I found this children model easy to play, even for an adult.

Huge thanks to sensei Mosurin for his great gift!