A Humanatone as a scientific tool

A Humanatone as scientific tool? Yes, and as early as 1916. The scientist? Wilfrid Perrett, a british erudite, rather eccentric.

London UK, 1919, is published the first volume of a book called Some Questions of Phonetic Theory. The author is Wilfrid Perrett, "B.A. (Lond.), PhD (Jena)". Perrett details himself as the « Author of The Story of King Lear from Geoffrey of Monmouth to Shakespeare, « Reader in German in the University of London » and « Officier d'Académie ». 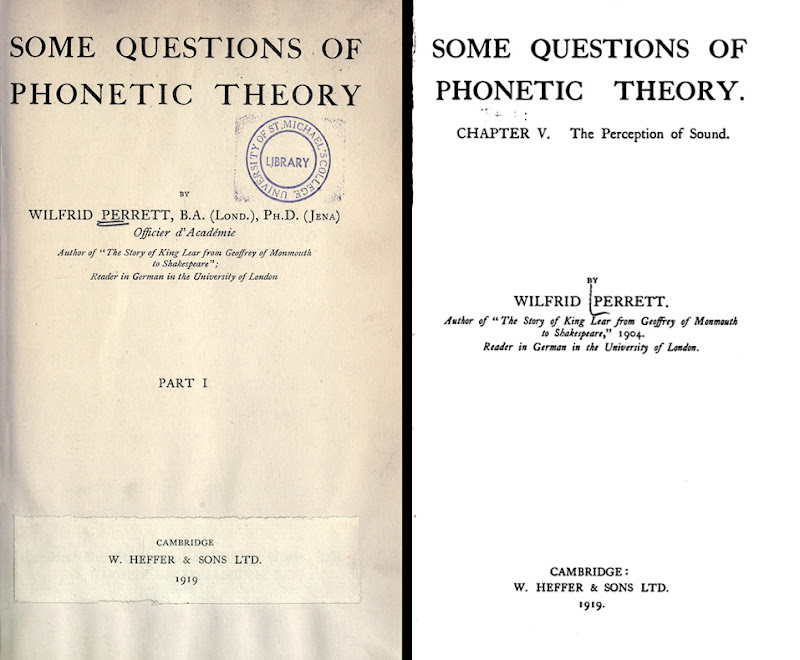 Indeed, his 1904 King Lear (318 pages) was probably remarked, since it will be kept by Perrett as a title of honour. Wilfrid perrett is an erudite, and will publish many works. Beside his Questions of Phonetic Theory, he'll write Some Questions of Musical Theory (many volumes), still quoted in modern books for its originality, and several other books dealing with musical critic (The Heritage of Greece in Music, 1931, On the Hildebrandslied, 1936, On the Wessobrunner Gebet, 1937,...). In collaboration with the mathematician G.B. Jeffery, he'll also translate Einstein's Principle of Relativity, with a remarkable (and remarked) mistake though:

in Concepts of Simultaneity from antiquity to Einstein and beyond, Max Jammer, 2006 :

Published in 1919, the first part of the Questions of Phonetic Theory was written in 1916.

As planned and exposed in the preface, Perrett intends to publish the fourth first chapters as Volume I, then chapter 5 as a separate volume (because it could interest a wider public), and then the last chapters in a third book.

Here is the Vol. I preface, which shows Perrett's originality, humour and self-confidence, as his harsch tickling towards the scientific establishment, notably the famous Helmholtz: 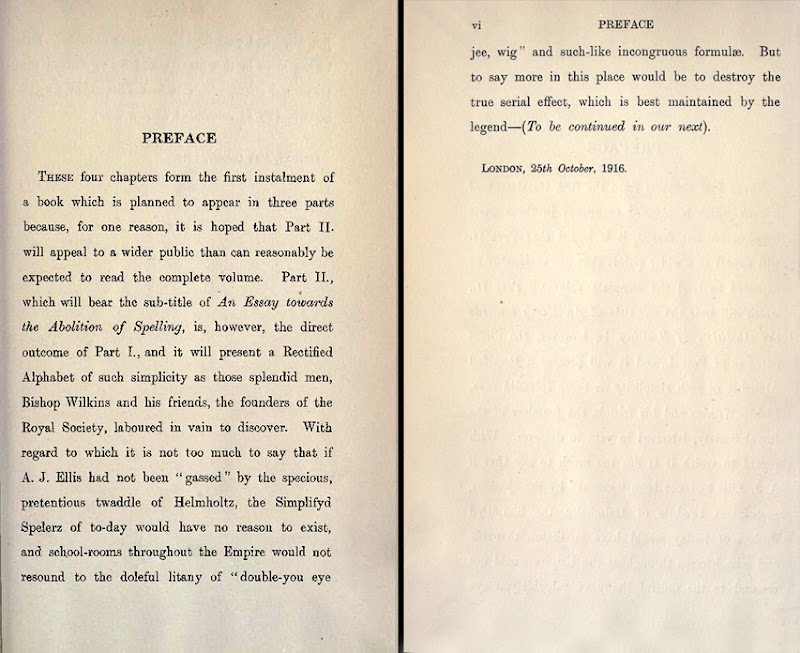 But we'll see that Perrett is also full of self-mockery. A genuine english eccentric.

I won't try to sum up Wilfrid Perrett's work, since it is very technical and I must admit I didn't understand the core topic, having absolutely no knowledge in the phonetics fundamentals. But something interested me: the use of a Humanatone in experiments, and some other "side info" regarding nose flutes. 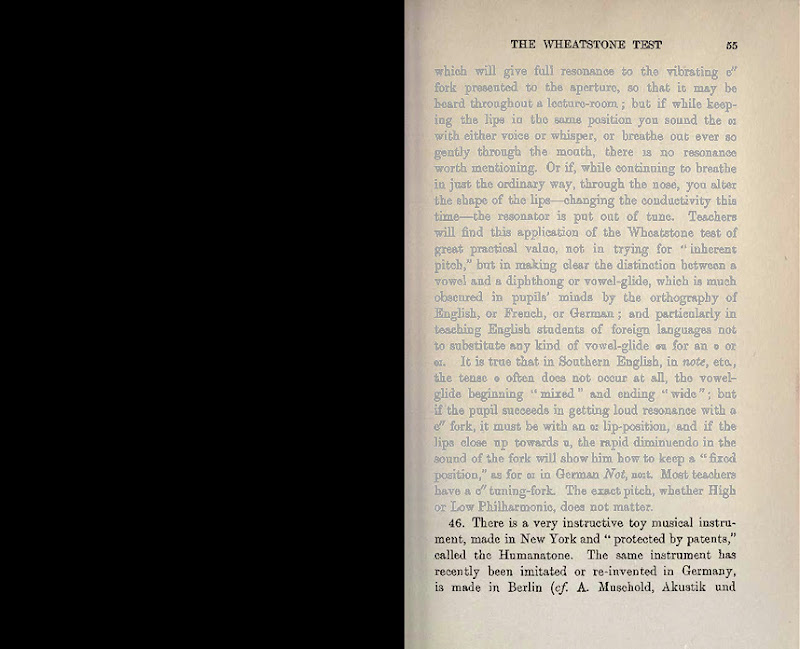 From the very beginning of the §46, Perrett mentions the existence of a recent Humanatone german copy, made in Berlin. Very interesting!... but this will be the topic of another post in this blog.

Then, the text exposes the nose flute principle and its compass: 2 octaves and a half, starting from G1 (49 Hz). Then, the searcher tries a "Low Philarmonic C2" (around 65 Hz, I guess) with his mouth alone, and notices that when the Humanatone is applied, keeping the same lips position, the pitch is sytematically down a semitone. « I am so confident of this result that I have more than once performed the experiment before an audience »

§47 is more interesting because it relates what probably was the first experiment with an external air supply mounted on a nose flute.

First, Perrett invents a "soft palate" « fixed up against the back of pharynx and so kept clear of the tongue ».
Then the author tells that he has had the Humanatone modified in order to get a greater volume of air, by connecting a bellows. Perrett is a bit disappointed by the result, having obtained "much windrush" and a higher tone, concluding (more or less) that the tuning fork will not be noticeably reinforced, whether the mouth cavity is closed at the fauces or not. I'm not sure to understand exactly what is at stake, besides some ironic assault upon Helmholtz, who « must have been a poor experimenter » 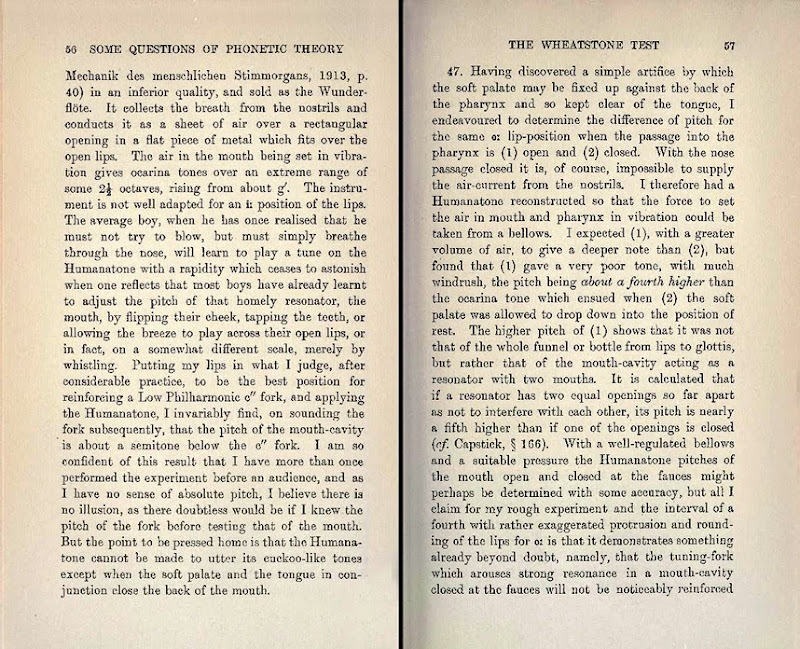 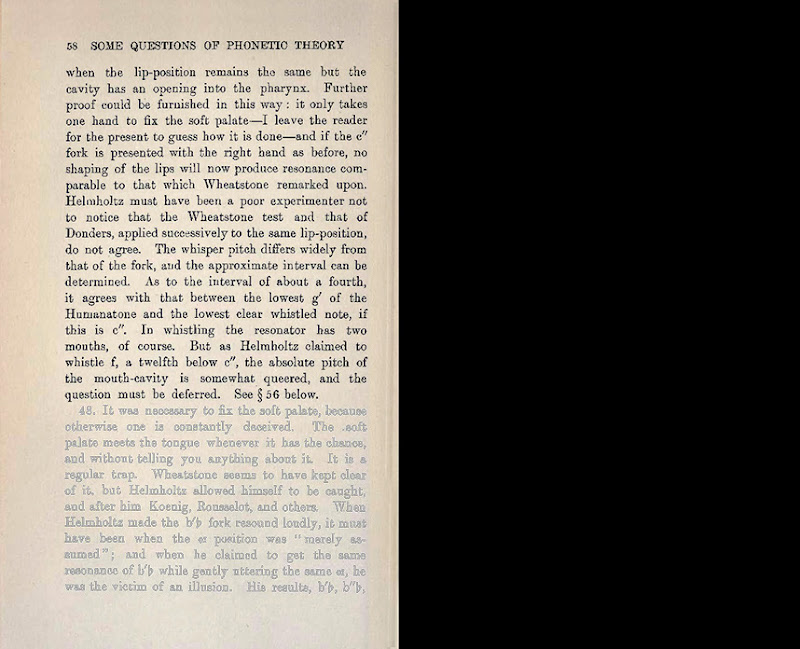 The Humanatone reappears further in the same chapter, at §53: 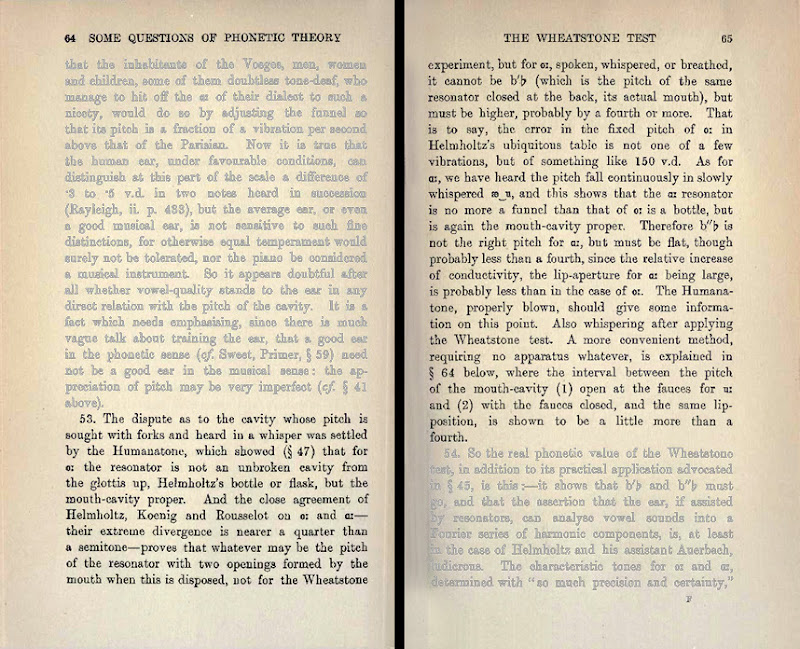 Then, no other occurence in the volume, nor in the whole volume II.

The Perrett's plan had to change, as he explains in the preface of Vol. II, not without humour, evoking the « five and fifty honoured patrons who have purchased Part I »! 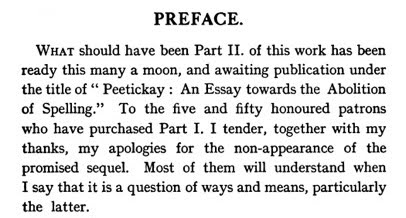 Indeed, Wilfrid Perrett is full of self-mockery. At the end of Volume II, some comments about Volume I are displayed, sent by readers or collegues from all Europe, or published in scientific magazines.
Some are quite elogious, like this one published in the famous Nature:

But the three last ones are really negative (and rather funny):

So, the second volume was not the one expected about the "Abolition of Spelling", but the Chapter 5 of the Part I, The Perception of Sound, which is published in 1919.
However, Peetickay, An essay towards the abolition of spelling is separately published in 1920.

And finally, the Chapters 6-6a of the Questions of Phonetic Theory: The Mechanism of the Cochlea are issued in 1923, as a separate volume.

In §116, the Humanatone blown by a bellows reappears, with another interesting experiment: 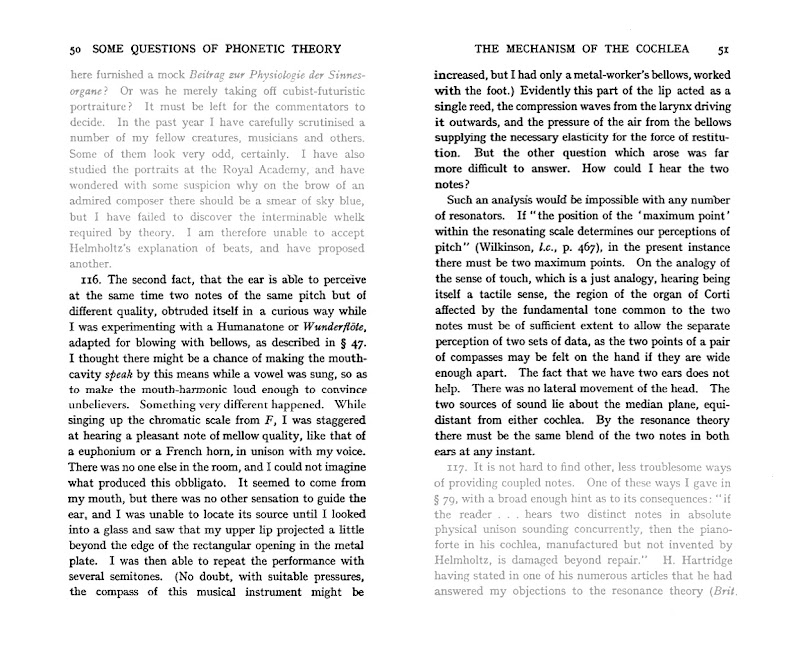 By the way, I made the experiment of singing (it's more humming actually) while playing a nose flute (for Science, not for Music!). I didn't use a metal Humanatone, but a simple Schwan, and didn't connect it to a bellows.

And I noticed that:
1) it is possible to play and hum at the same time (I thought it was not)
2) it is absolutely true that the nose flute tone is lower than the humming tone, provoking interferences between the 2 sounds.

Here is my (disharmonious but efficient) test: