(sequel of the posts About the "Swan logo"... Part I and Part II)


Dating a Swan nose flute ?
In the previous part, we saw there were 2 models of Swan : the vintage german one, and the new chinese model. But here a problem occurs : Mr. Mei bought a Swan in 1994, which should have been a NOS (new old stock) german one, since the chinese production is supposed to have been launched in 1997 only. It should even date from before 1985 (or so), since the german production was stopped then. Now, this Swan flute shows the oblique labium... and altogether the salient round stigmata! It is also made in the german plastic type.

So, there were at least 3 moulds : the original german one, an intermediate one, and the chinese one. On the first 2 shapes, the "round stigmata" are salient, but the labium is parallel only on the very first one. More, the nose saddles are all three different : the first one is smooth and plain, the intermediate shows a "tiny round depression" and the third one is torn by the inclusion of the airway, and presents a "left tear-shape hole".
The years mentioned on the pictures refer to the purchase date, and not the change of moulds :


One sample is very interesting : the "Nekami" Swan from Piet Visser's collection. 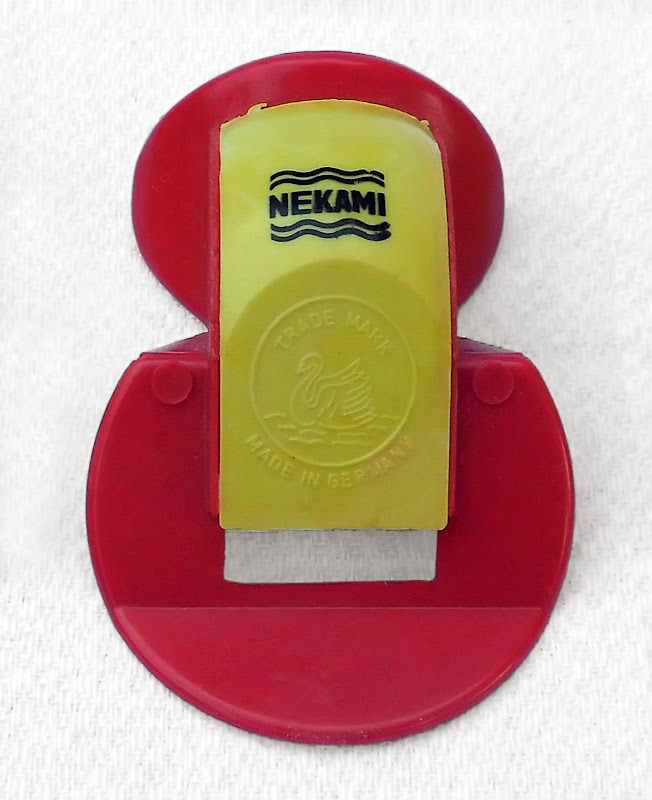 Why is it so interesting? because Nekami was a dutch company founded in 1938 and absorbed by the chemical Carmeuse company in 1980. So, we can assume that the flute was probably produced before that date. And, thanks to Mr. Mei who took the picture when he visited Mr. Visser, we can see it is of the "intermediate shape", that is, it shows the "tiny round depression" on the nose saddle. 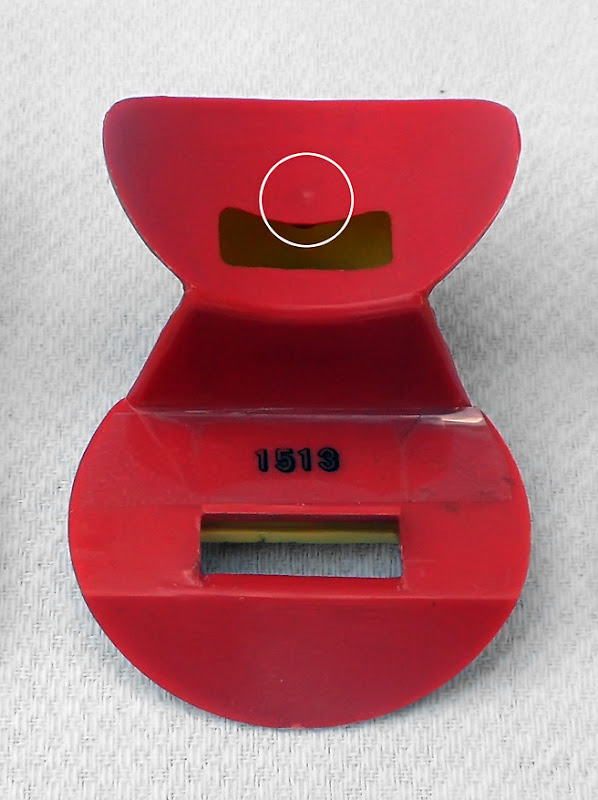 My mustard-carrot is clearly an intermediate model : it's a late german nose flute, dating from before 1985. But I cannot tell more.

Conclusion
The "Swan logo" nose flute is, as an "historical object", more complex than it appears at first glance. Two series (moulds) were issued in Germany between 1958 and 1985, but it is (at this very moment) impossible for me to know when the switch to the intermediate shape happened (before 1980, but when? 1970s?).
Many questions still require their answers : Which german company was the Swan producer? Which chinese company is the current maker? What are the effective dates? Is there a difference in thickness/weight between the genuine and the intermediate models (I don't own any 1960s one, so I can't compare...)? ...