A nose flute accessory : the Reggi-Flauto

When they play another instrument, or even just to get their hands free, most of the nose flutists use a rubber band or an elastic cord to hold the flute firmly onto their nose. And this, whether the instrument is originally drilled on that purpose or not. Some do it with a large rubber, others have their own techniques, by doubling the cord for instance, and with more or less glamour or efficiency...

While some nose flute players use an harmonica holder, Master Mosurin has built a specifically designed cradle for his Hiroaki Sasaki's clay flutes, mounted on a tripod making the instrument totally stable and fixed.

But is there an easy and light system, accessible to any nose flutist ? Yes, the Reggi-Flauto ! 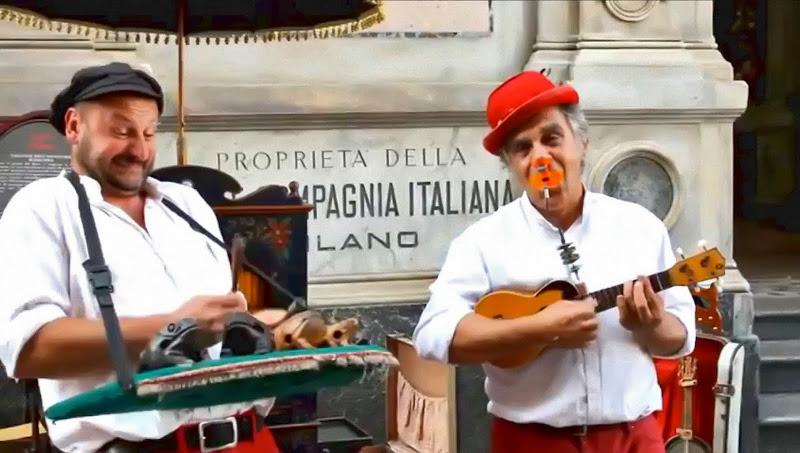 
The Reggi-Flauto
Felice Pantone, aka Ugo when on stage, italian musician and member of the duet Ugo e Casimiro, has designed and commercialized a device called Reggi-Flauto (the "Flute-Clip"), specifically on the purpose of holding a nose flute without the hands. 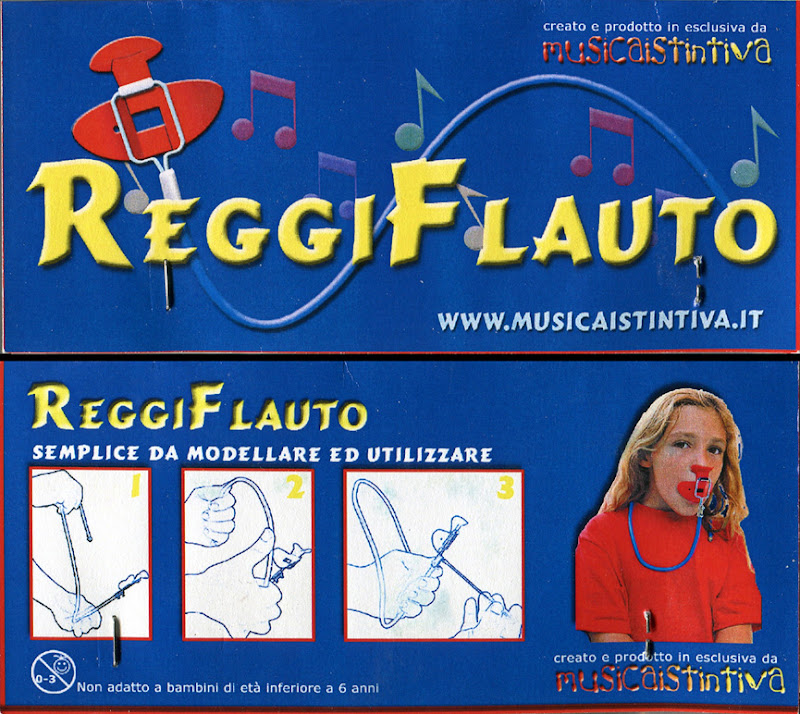 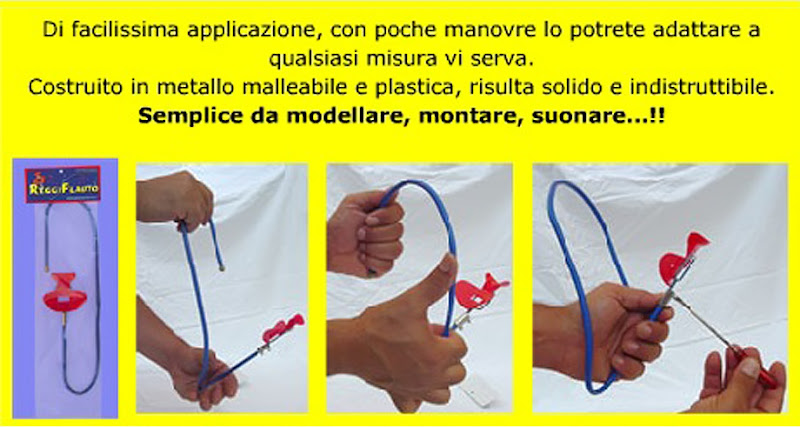 Here is the original presentation video :

I have ordered some Reggi-Flauti from Felice Pantone and received them quite quickly. The flute-clip is quite simple, but efficient : it is made of a very strong plastified wire, ended by a metal clamp which holds a wire, strong too, but thin enough not to mask the flute, nor making the playing uneasy. This wire is the axis of a little foam-rubber pad which has a sticking surface on one side. This pad is to be stuck on the front of nose flute, yet allowing it to rotate on the axis for an easy positioning under your nose. 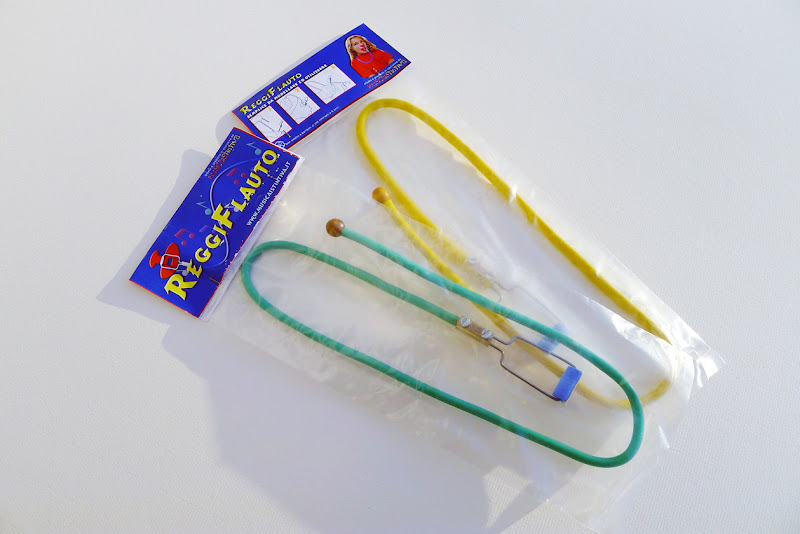 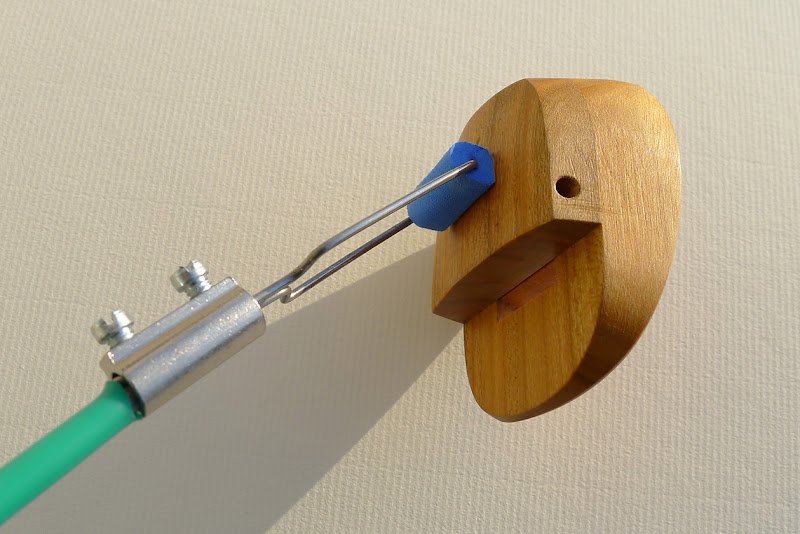 The principle is very simple : just round the strong wire around you neck, and make an angle to fit the nose flute near your nose. Two screws allows to turn the metallic support of the flute in order to adjust it perfectly. The Reggi-Flauto adapts very well to any nose flute, according it has a rather flat place on the front to received the sticking pad. The pad sticks very well, but for sure, if you change the flute many times, you'll have to renew the double-sided adhesive band of the pad. Enjoy my beautiful mugface with the Reggi-Flauto holding different nose flutes : 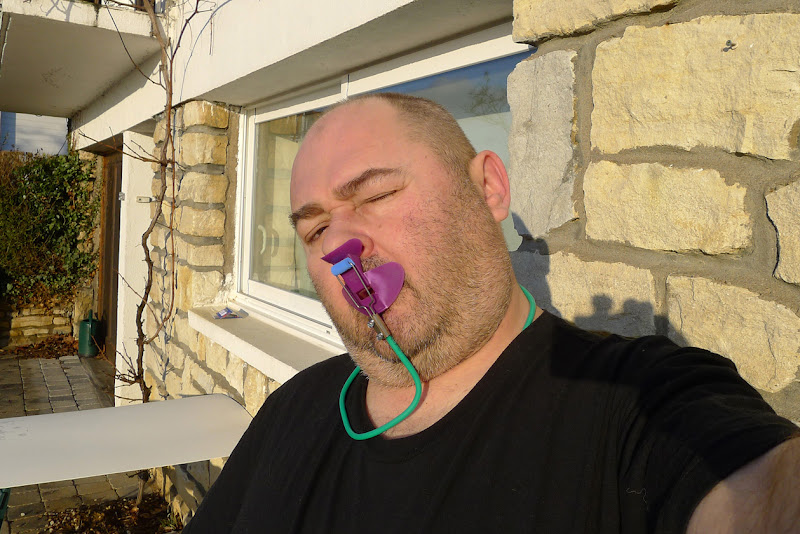 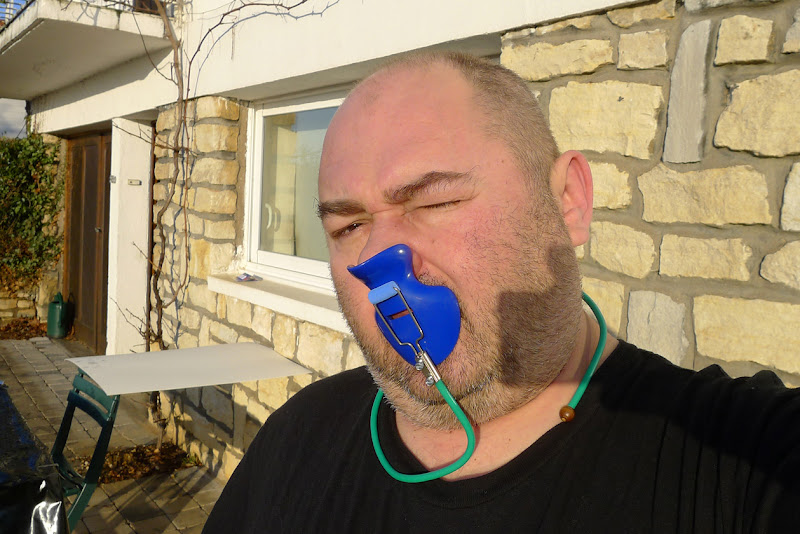 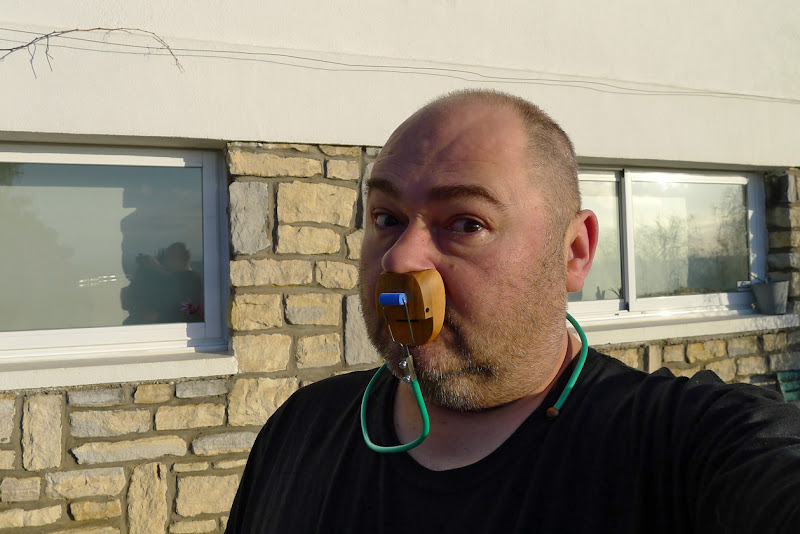 --- Now, where to get a Reggi-Flauto ??? It costs just a few euros, and the best is to write to Felice Pantone to find the best shipping and payment solution for you : felipan[at]tiscali.it or info[at]musicaistintiva.it with replacing [at] by @, for sure.