Born in Buenos Aires in 1931, Mauricio Kagel moved to Cologne, Germany, in 1957 where he became one of the greatest post-second world war avant garde composers.

« Among the contemporary composers Mauricio Kagel more than any other explored the instrument concept and expanded it. Especially in the sixties and seventies, he created works in which in addition to conventional musical instruments, vacuum cleaners, rubber tubes, walkie-talkies and turntables were used. » [source: Der Schall, Mauricio Kagels Instrumentarium, PFAU, 2008] 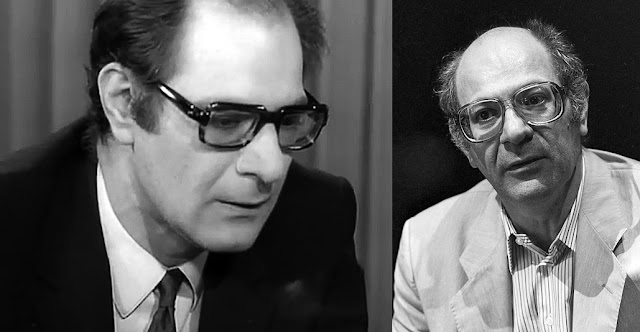 Among his prolific work, one piece of 1968 particularly retained our attention: Der Shall ('The Sound'). Indeed, and as you can imagine, it contains some nosefluting. Der Schall is a ±40 minutes long piece, written for 54 instruments, played by 5 musicians. [You can listen to the whole piece here, or go directly to the nose flute part here.]

Here is the text written by M. Kagel and printed on the back cover of the LP. You can notice that the nose flute is part of the instruments of group V, played originally by Christoph Caskel: 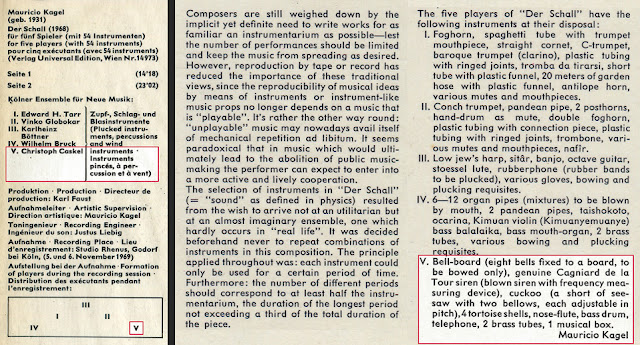 And here, the front cover, and a portrait of the percussionist Christoph Caskel, who played the Nasenflöte on the record: 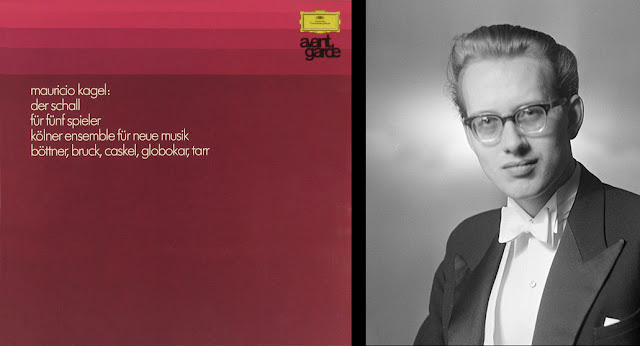 In 2007, the Music R&D dept. of the University of Basel (Switzerland), 'reactivated' the original sound objects (kept at Basel Historical Museum) or some replicas in a performance in which the musicians recreated Der Schall. They recorded their experiment, and the CD was published along with the book Der Schall, Mauricio Kagels Instrumentarium, PFAU, 2008. This books contains lots of info and reproductions of original documents.

The font cover already shows a Nasenflöte in a box (rather well hidden though :): 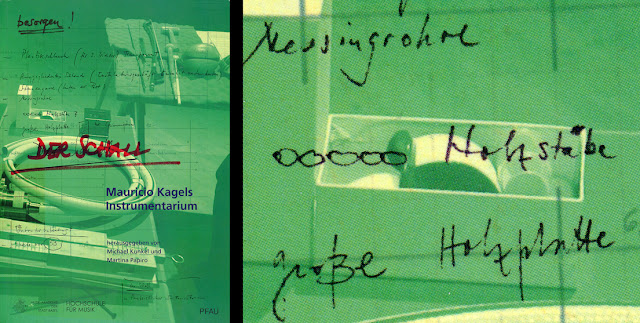 That's among the Special Instruments that one can find a nice paragraph (p.81) about the nose flute… 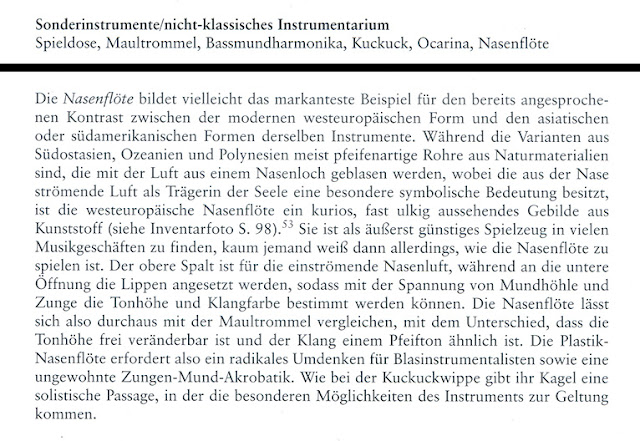 « The nose flute perhaps constitutes the most striking example of the aforementioned contrast between the modern Western European form and the Asian or South American forms of the same instruments. While the variants from Southeast Asia, Oceania and Polynesia are usually whistle-like tubes made of natural materials that are blown with air from one nostril, the breath of the nasal air has a special symbolic meaning as the bearer of the soul, the Western European Nasenflöte is a quaint, almost funny-looking structure made of plastic (see photo inventory p.98). It is found to be extremely effective in many toy stores music, hardly anyone knows then, however, how the nose flute has to be played. The upper gap is for nose air entrance, while the lower opening stands for the lips, so that the pitch and timbre can be determined by the opening of the mouth and tongue. The nose flute can therefore be quite compared with the Jew's harp, with the difference that the pitch is changed freely and the sound is similar to a whistle. The plastic nose flute therefore requires a radical reconsidering of wind instrument players for unfamiliar tongue-mouth-acrobatics. Like the cuckoo clock Kagel gives a solo passage in which come the special capabilities of the instrument to bear. »

And page 98, between a tortoise shell and a straight mute:

Well, well well... Look at the bright and shiny red on this Schwan... This definitely is not the original Kagel's Nasenflöte, but a new one (the reference # begins by 2005...). I suppose the vintage one has not been preserved in Basel museum... Schade!

The book also offers lots of copies or original notes and execution sheets in which the Nasenflöte part is specified: 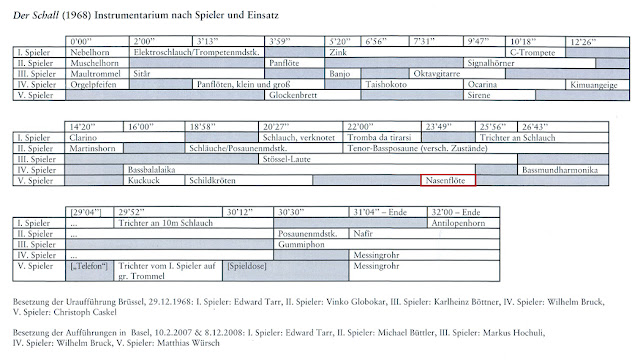 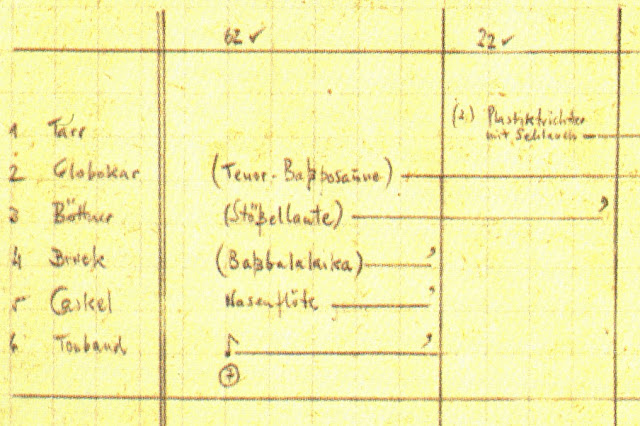 We can also find some great pictures of the 2007 'musical happening', and see the Schwan nose flute on the right desk of Matthias Würsch, the percussionist in charge of section V:

Now, it is very interesting to compare the 1968 and the 2007 interpretations and recordings. I isolated the two 2 minutes nose flute parts:


Which one do you prefer ?

It is very rare to find some nose flute in the work of a serious composer, that is, used as a real instrument, and not regarded as a carnival toy.

For having included a nose flute as a real instrument in his 1968 composition Der Schall, Mauricio Kagel has been inducted to the Nose Flute Hall of Fame, in the 'Promoters' section! 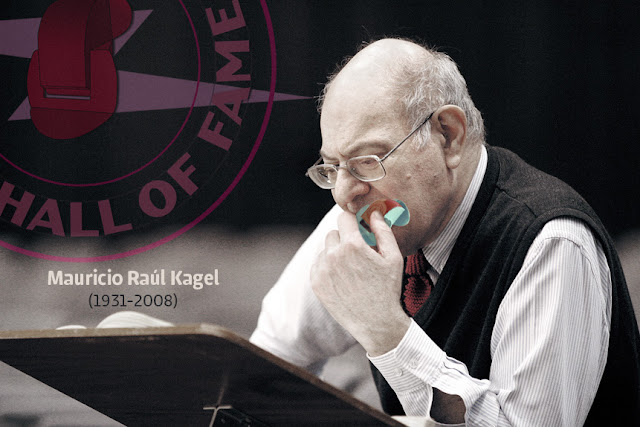