Aurion V. Chevers was not an industrialist, nor a merchant, nor even a tinsmith, but a clerk, the Deputy City Clerk of Providence, RI.

Aurion was born in Providence, Rhode Island, in 1856, and is « the youngest son of the late George W. Chevers, who was formely rector of St Paul Church ». Aurion had one brother, T.R. Lambert and a sister, Clara G.

So, in 1880, at the age of 24, Chevers is Deputy City Clerk. He lives alone in Vernon Street, and probably already practices wind musical instrument research as a hobby. 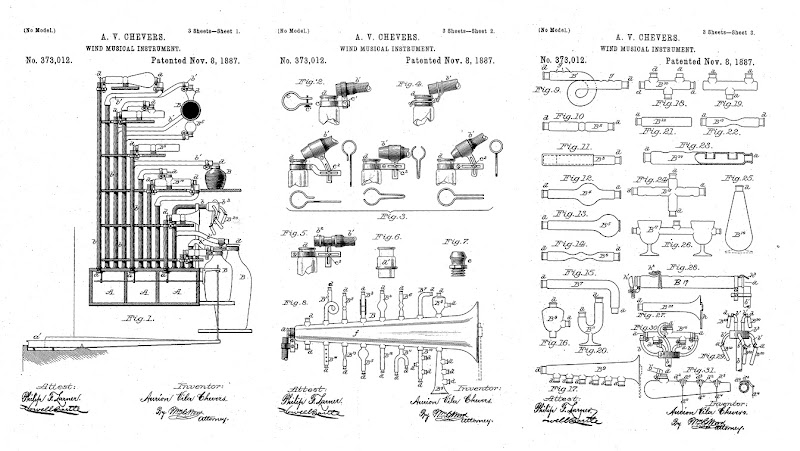 Then, May 10, 1888, he files another patent for the specific design of the pipes used on his pandean organ. 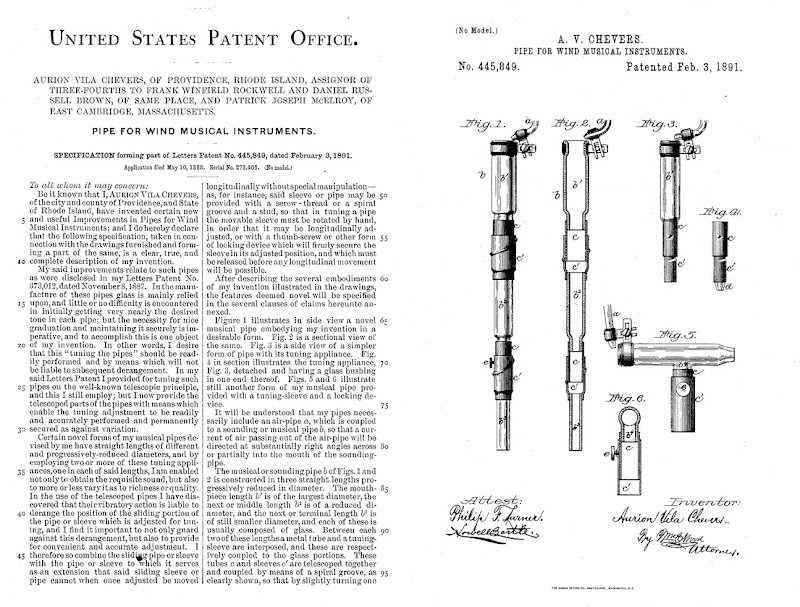 Just after filing the patent, on 27th of July 1888, hattie has another son: Stillman White Marshall. 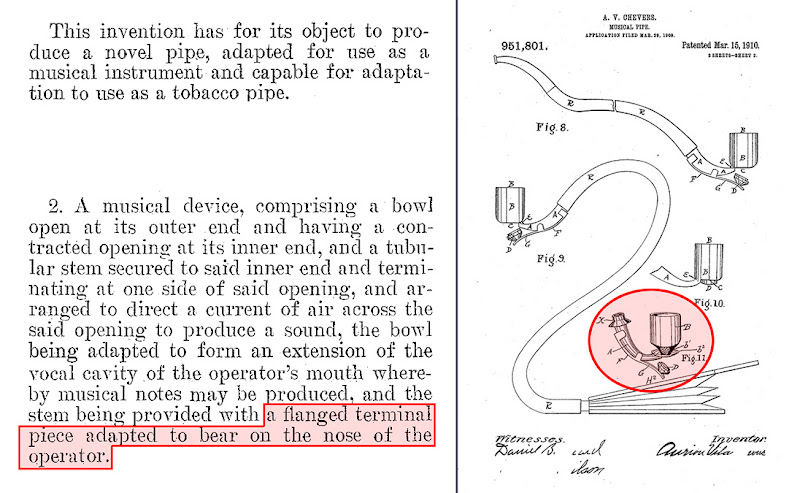 Aurion Chevers, with his ideas and innovations upon wind instruments, should have been boring at work, as clerk in the city hall. In 1910, he is not a clerk anymore, but is officially an "entertainer"! 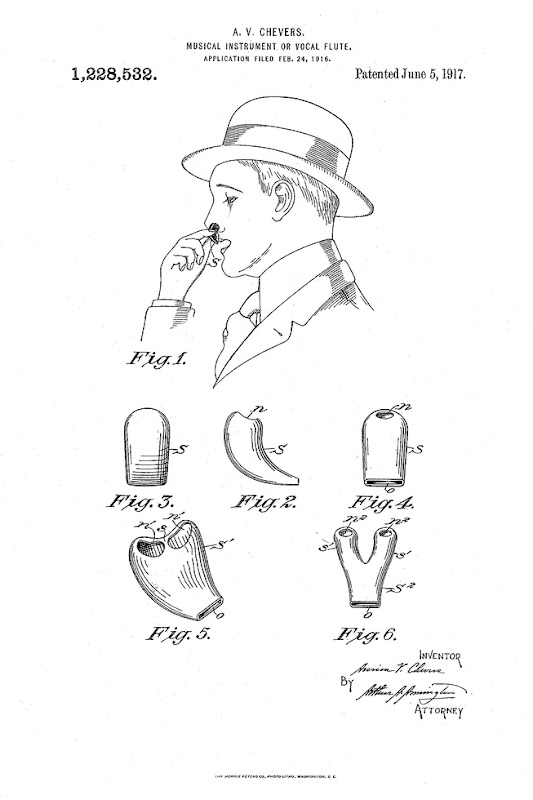 If one looks well at the instrument, he will notice that it is not exactly a nose flute as we know them. Indeed, there is no labium, but just a "funnel" which accelerates the air blown. In fact, this "vocal flute" is not a "nose whistle", but more what we could call a "nose pan flute" which variable pipe is... the mouth. 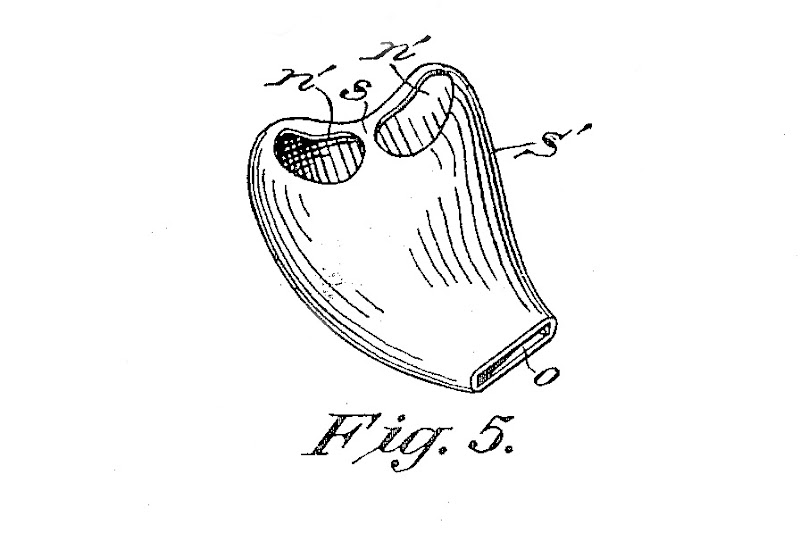 When exactly did Aurion V. stop his "entertainer" career? I don't know, but in 1918, he has become "city passenger agent" for the Colonial Line (in 1920, he works for the Steamship Co.)

However, it is in the March 1918 issue of Popular Science, that Aurion Villa Chevers gets the honour of a small article, with his portrait playing the "vocal flute": 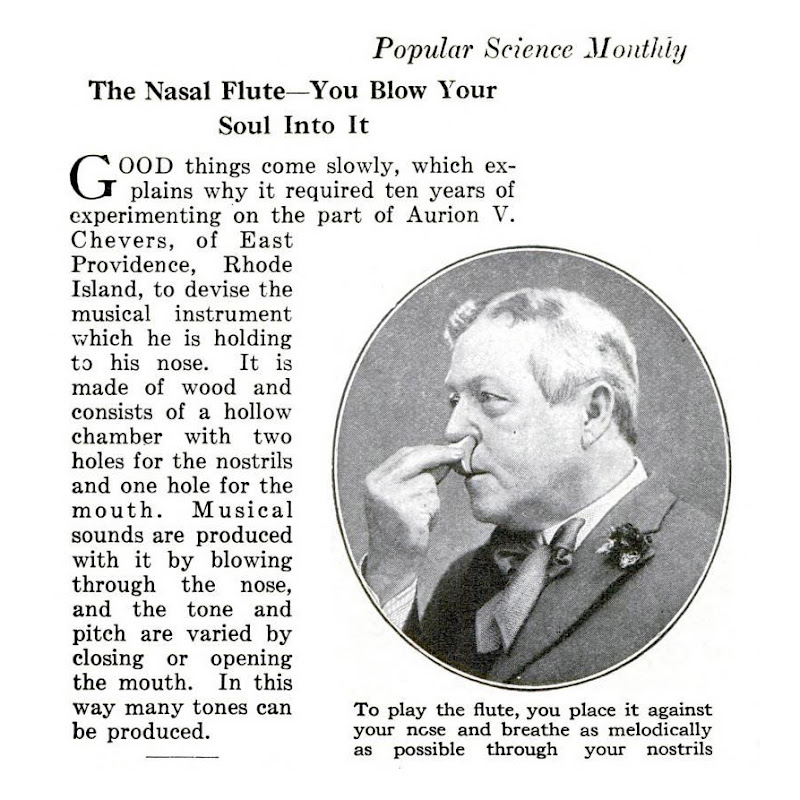 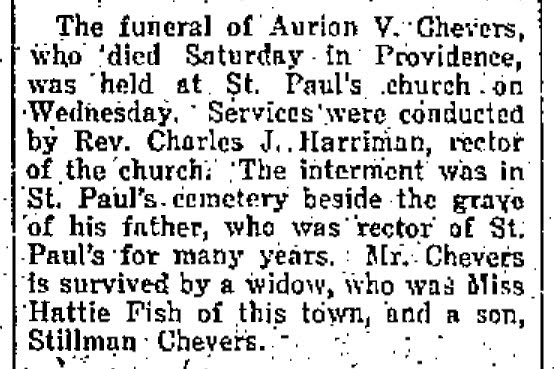 The only surviving Chevers' child, Stillman White Marshall, a printer, had married Julia Barry, but they had no children. Julia died in 1975, and Stillman on 8th of July, 1983, aged of 94 (almost 95).

Aurion V. Chevers was buried where he married, and where his father was rector: at the St Paul Church, Providence, RI. 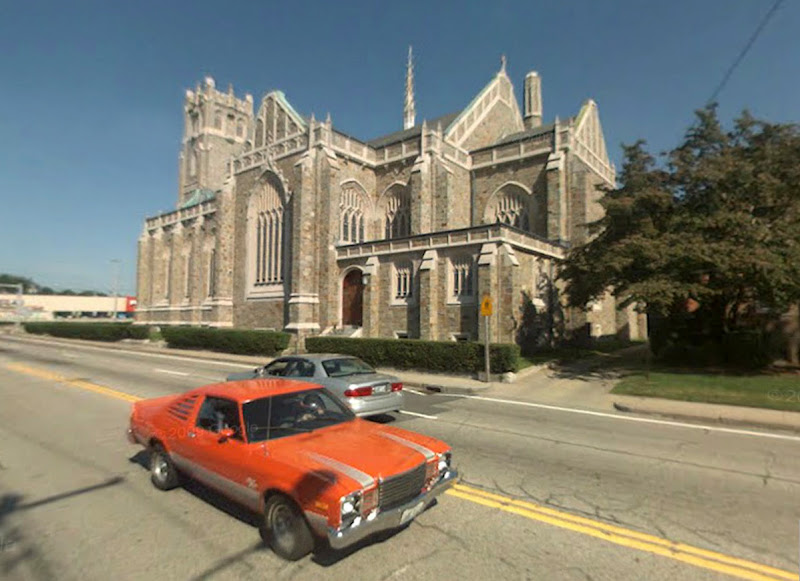 Aurion V. Chevers should be honoured by a Nose Flute Hall of Fame membership!