Piet Visser's background as a goldsmith truly came in handy as he confirmed the theory that the Chinese 'copy cats' had laid their hands on the original 'swan logo' nose flute! We compared the orginal 'swan logo' nose flutes from Mr Visser's collection to the recently required ones. After measuring it was quite noticeable that the logos differed significantly! The 'old' flutes had a distinctive clearer and deeper relief than the 'new' flutes. This alone is proof enough that the 'new generation' was copied from an 'old' flute, on which a new mould was based! A mould optimally only offers 90% detail of the original item after casting or injecting, as was the case with the plastic nose flute. Contact with the original manufacturer of the original 'swan logo' flutes around 1996-1997 proved that production had ceased in the mid-'80s. There weren't any plans to start production anew, which simply would be cost ineffective. It was thought, though, that production was somehow taken upon again after a resurgence in interest and alleged huge demand for the nose flute in the late 1990s. The demand was initially met by production of the Humanatone copy nose flute from China. This type of nose flute proved to be not the one that was asked for, as demand insisted upon the 'swan logo' nose flute instead. As a result, within a year after the introduction of the Chinese Humanatones, the 'swan logo' nose flute all of a sudden had re-appeared, out of the blue! 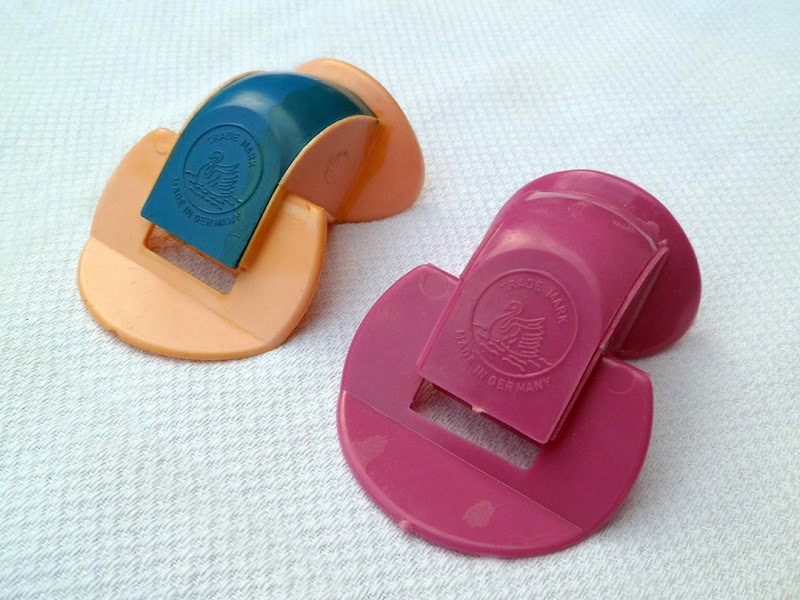 What already showed at the time, was that the 'new generation' of 'swans' obviously looked to have been made really rather hastily. There were some considerable imperfections in the finish of the detail, as the edges of the flute hadn't been polished and even a small hole in the nose rest was apparent. Having compared the 'old' and the 'new' versions of the same flute, it became clear as well that the two circular 'contact points' with the injecting machine were really different in relief: whilst the 'old' version has contact points with significant relief, the very little relief that the 'new' version has, actually is relief in reverse, dipping slightly into the surface! Mr Visser, however, pointed out the inside of the air duct cover, which revealed an even greater difference. Since the air duct cover is made seperately and only later joined to the flute, it has to have a contact point to the injecting machine. This contact point is located on the inside of the air duct and can be spotted through the nose opening. Whilst the 'old' version has this contact point polished down rather neatly, the 'new' version reveals that the makers --or copiers-- couldn't be bothered a bit to polish it down. The contact point inside the air duct of the 'new flute' is a crude survirvor of and a testament to the quick 'botch job' that was executed here. 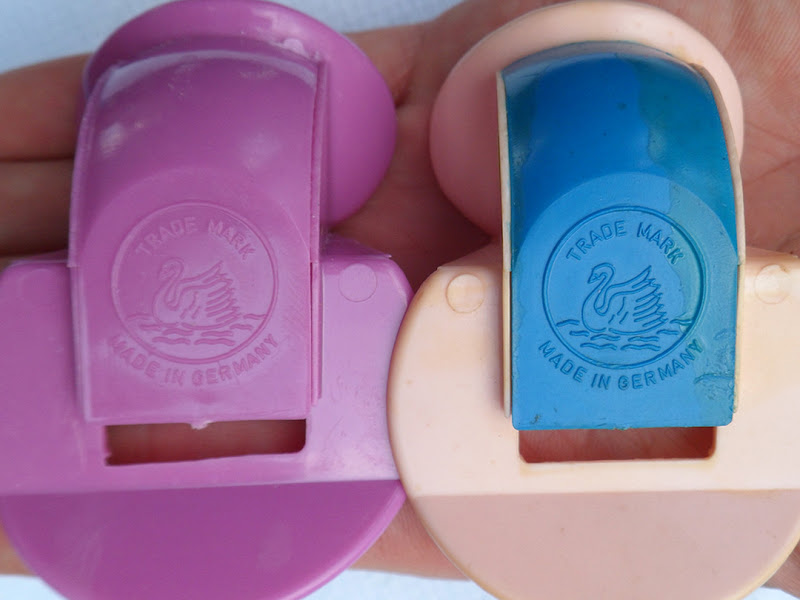 The truly revealing, tell-tale sign that the 'old' nose flute was used to make a new mould for a new generation of copies from that remains the logo: no new mould was made, otherwise a new logo or no logo at all would have been included! We can be completely sure, however, that this 'new generation' was produced in China, because a German distributing contact acknowledged that they are imported from China these days! Somehow, the 'Made in Germany' still represents a quality make like no other. The irony here is that these 'copy cats' here weren't even bothered to fake a quality indicator, but simply confiscated someone else's carefully engineered product as a whole, unashamedly using their trade mark in the process! The only positive about the 'copied generation' is that the 'old' plastic nose flute has become available again.

The Chinese move onto the international market highly likely sparked off artisans from all over the world to come up with a handmade nose flute model of their own. From the end of the 1990s onwards, various artisans quite noticeably have stamped their name on nose flute making. This has resulted in the most spectacular creations during the last couple of years, particularly in Japan [check note 1]. Who knows where this may lead to?! In any case, we have been blessed with the organic continuation of the 'swan logo' style nose flute by means of the Bocarina™ from South Africa. Moreover, the Bocarina™ actually forms the synthesis of the two distinct types of modern nose flute --the European and the American--! So, we as nose flute enthusiasts should probably be thankful to the initial Chinese piracy! It certainly was a revelation to watch, feel and play the authentic nose flutes from Piet Visser's collection! However, even of greater interest is that Mr Visser, being a recently retired goldsmith, is considering to create a metal nose flute himself! Mrs Visser, being a creative force of her own, might try her talents in making her own dyes and quilts in producing a nose flute quilt! Now, how about that?! We will keep you posted! In the meantime, feel free to check out their websites.


[1] - This is forgetting the great flutes by Mr. Heinrich Handler (check this post), who have been making wooden nose flutes since 1980, and Maximilian Zycha, who began in 1994 (check this post). But it's true that most of the current nose flute makers began between 2000 and 2010, but not under the influence of the Japanese craftsmen : simultaneously, with synchronicity. Even the nose flutes made by Svaram in India (check this post), were impulsed by an Austrian volunteer staying in Auroville, using the shape he knew from Austria. When Chris Schuermans began designing the Bocarina™ (check this post), he began after reading about nose flutes, as René Mellier, in France, invented the Mellibrou (check this post) after having found the book Instruments à vent, by Henri Bouasse, 1929. Contrarywise, it is after a travel in the USA and having tried a Humanatone, that Hiroaki Sasaki created his famous "mask" clay hanabue (check this post). And Mr. Sasaki is probably the one who induced the "urban-type" nose flute making in Japan. So, yes, there were influences, but much more intricated. Even Mr Handler says of his Nasenflöte that he recreated the traditional 1930s Styrian (Austia) wooden nose flutes after having studied old photographs, and before improving the model to his own standards.